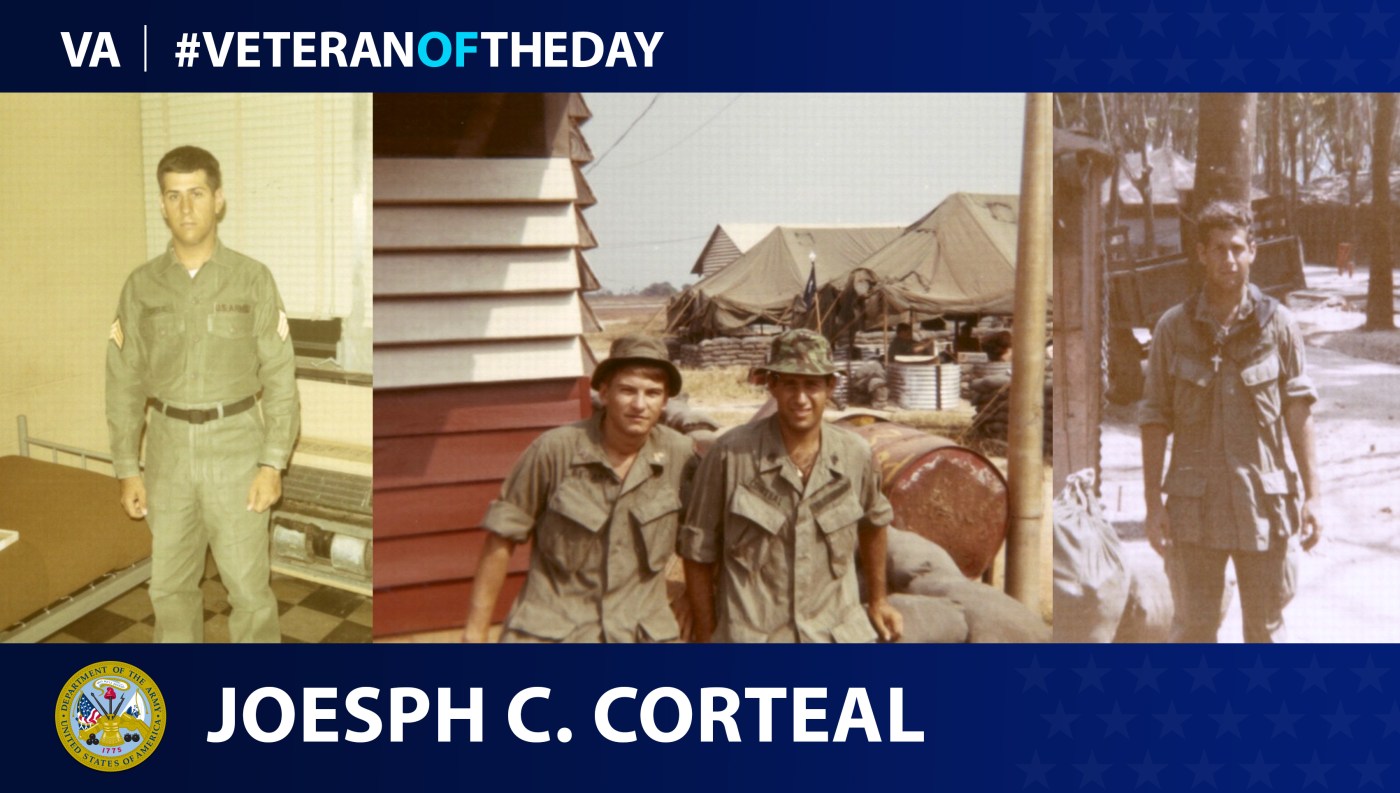 Today’s #VeteranOfTheDay is Army Veteran Joseph Carl Corteal, who served in the 1st Infantry Division during the Vietnam War.

Joseph Carl Corteal was born in Maryland in 1946. During his senior year of high school as he made plans for college, he realized that America’s involvement in the Vietnam War would only grow. He went to college for two years at Eastern Christian College before transferring to the University of Maryland in Baltimore for his final two years. He graduated with a degree in Business Management in June 1968. The Army drafted him a few months later. Corteal felt an obligation to serve as his father had in World War II.

In November 1968, Corteal entered the service and began basic training at Fort Bragg in North Carolina. Corteal’s favorite segment of the training was the M-14 rifle training where for three weeks in December 1968 they received instruction on how to use the rifle. His confidence grew in his skills, and he was rated as a sharpshooter.

On Oct. 12, Corteal began working at the Thunders I, II and III, which were fire support bases along the highway road between Saigon and Phnom Penh. It was the 1st Infantry Division’s responsibility to ensure these roads stayed open. Corteal went on daily and nightly patrols, where he was in charge of a relatively new in-country soldiers.

He stayed at the Thunders until the end of October when his unit moved to a new fire support base known as Apollo, located near the largest rubber plantation in Vietnam, the Michelin Rubber Plantation. The Viet Cong and North Vietnamese Army were located close by; Corteal and his men often received nightly probes or fire.

In December 1969, Corteal enjoyed three days of rest and relax at Dĩ An Base Camp, the largest base camp. He drank beer, ate well, swam, enjoyed entertainment by musical groups and the USO. Corteal spent Christmas at Apollo and enjoyed a delicious dinner, complete with a helicopter flying overhead to wish the soldiers a “Merry Christmas.”

From February to March 1970, Corteal served with C Company, 1st Battalion, 2nd Infantry (Black Scarves), 1st Infantry Division. From April to September 1970, at Quang Tri Combat Base in South Vietnam, Corteal served as NCO in charge of the Kit Carson Scout Training program, which trained former Viet Cong and those who had fought on the side of the enemy to serve as intelligence scouts for American troops.

Following his service, Corteal moved to Baltimore, Maryland. He now serves as the Board Chair for the Glenn L. Martin Maryland Aviation Museum.