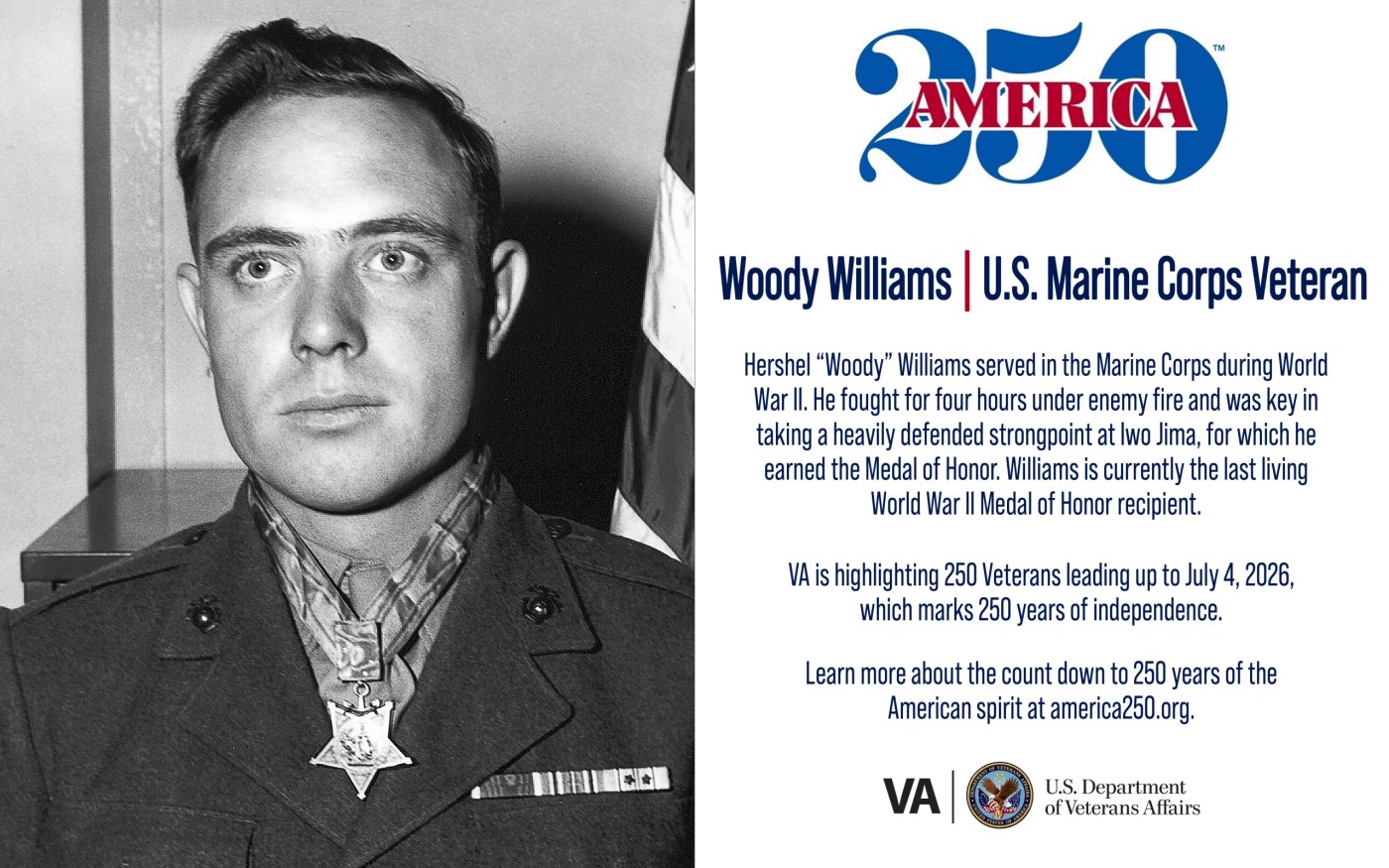 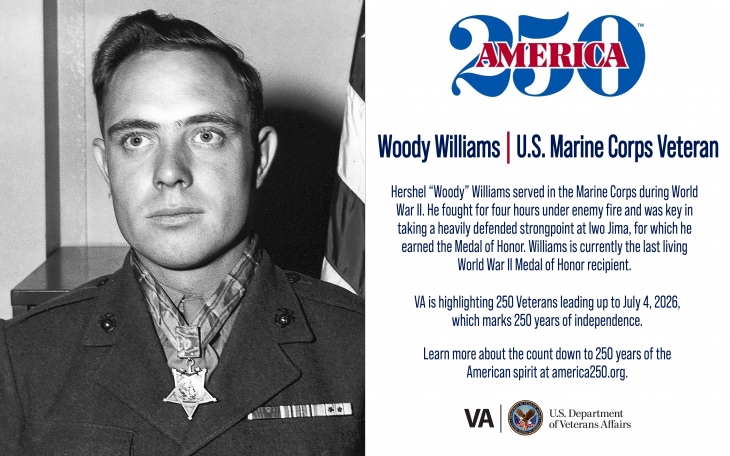 After the Pearl Harbor attack in December 1941, Hershel “Woody” Williams tried enlisting in the Marine Corps, but they turned him away multiple times due to age and height restrictions. In May 1943, he qualified on both counts and successfully enlisted. During basic training in San Diego, Williams recalled being eager to deploy.

“I wanted to get overseas,” he explained in an interview for the Library of Congress’ Veterans History Project. “I went into the Marine Corps for the purpose of fighting for my country, and that’s what I wanted to do.” In October 1943, he joined the 32nd Replacement Battalion and was deployed to the Pacific. Upon arrival in Guadalcanal, he attached to the 3rd Marine Division as part of the 21st Marines.

His first site of action was in Guam, in the summer of 1944, when his division participated in the invasion of the island. In mid-February 1945, Williams’ division went to Iwo Jima as part of Operation Detachment as one of several demolition sergeants.

”Guam was more jungle-type fighting—a lot of creeping and crawling…but when we got to Iwo Jima, everything had been wiped off that island,” Williams remembered of the battle. ”About the only protection you could find would be a shell crater, or try to dig your own hole.” Two days after his arrival, Williams was the sole remaining demolition sergeant in his division, and they were unable to advance due to heavy fire from Japanese pillboxes. But Williams persevered.

According to his Medal of Honor citation on the Woody Williams Foundation website, Williams “went forward alone to attempt the reduction of devastating machinegun fire covered only by four riflemen. He fought desperately for 4 hours under terrific enemy small-arms fire and repeatedly returned to his own lines to prepare demolition charges and obtain serviced flamethrowers, struggling back, frequently to the rear of hostile emplacements, to wipe out one position after another.” Thanks to Williams’ actions, the division was able to take over one of the most heavily defended strongpoints on the island.

For his bravery and quick thinking, Williams received a Medal of Honor in October 1945. He later learned that Cpl. Warren Bornholz and Pfc. Charles Fischer, two of the riflemen who had protected him during the battle, had been killed.

“Once I learned that, my whole concept of the medal changed. I said, ‘This medal does not belong to me; it belongs to them,’” he stated in a May 2021 CBS News article. “So, I wear it in their honor, not mine. They sacrificed their lives to make that possible.”

In the fall of 1945, Williams honorably discharged from the Marine Corps Reserve. He rejoined the inactive Reserve three years later until his second discharge in 1949. Williams joined the Reserve a third time in 1954, serving with the 98th Special Infantry Company and 25th Infantry Company at bases in his home state of West Virginia.

Williams left the Reserve with the rank of chief warrant officer in 1960 after 17 years of service. His awards also included a Purple Heart, Presidential Unit Citation and World War II Victory Medal.

Following his honorable discharge, Williams struggled with post-traumatic stress disorder (PTSD). He worked for VA as a counselor and later became a chaplain for the Congressional Medal of Honor Society. Now retired from both jobs, Williams remains engaged in Veteran activities. He founded the Woody Williams Foundation, which supports Gold Star families and has started numerous Gold Star memorials in 45 states. His service during World War II inspired his great-grandson to join the Marine Corps. He is now the last living World War II Medal of Honor recipient.

When asked if he felt a kinship with other Medal of Honor recipients, Williams answered, “There is a fellowship and a bond that does not exist in any other group. Almost everyone, if you ask them about their medal, will say it belongs to somebody else. They didn’t do it for themselves—they did for somebody else.”