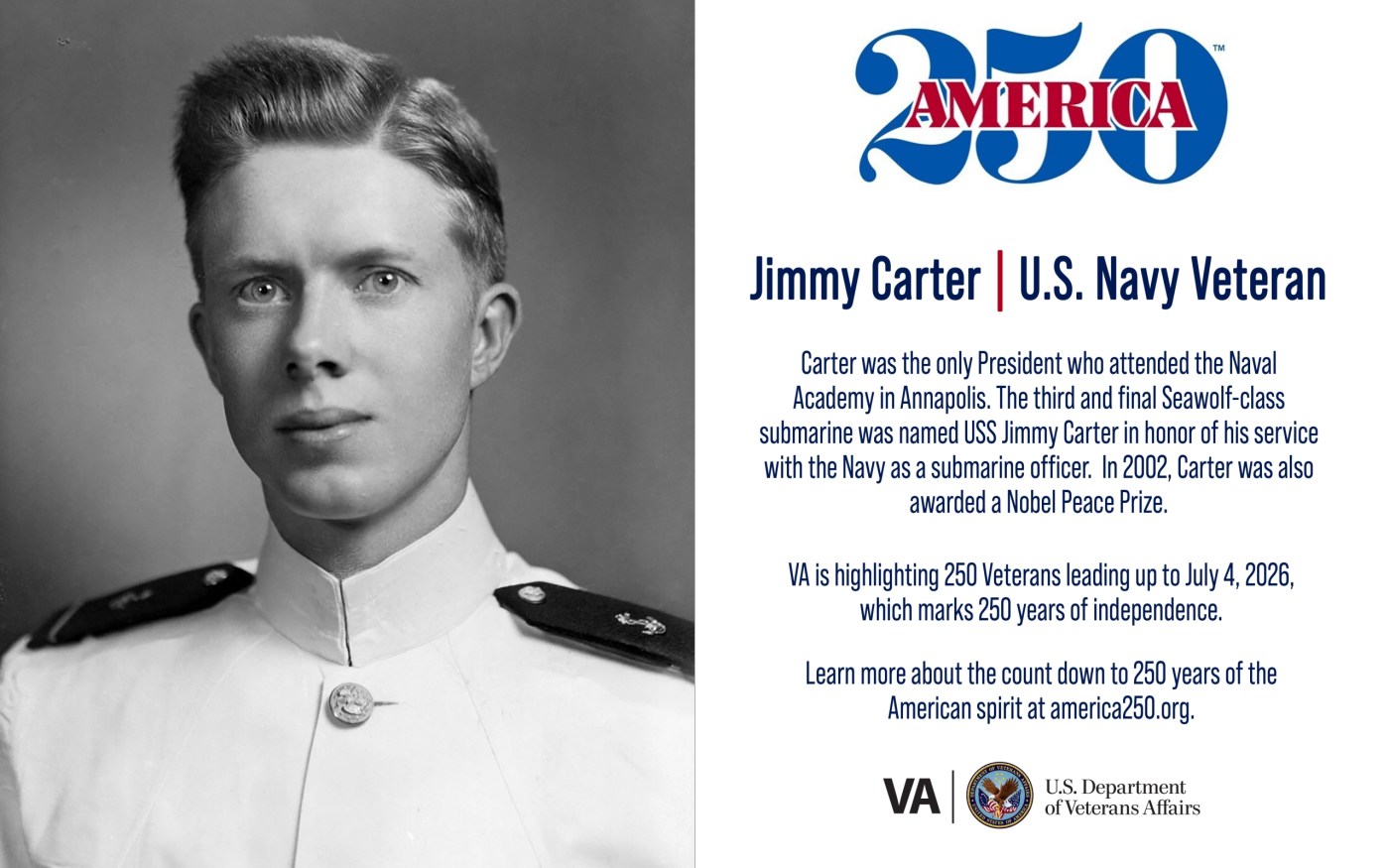 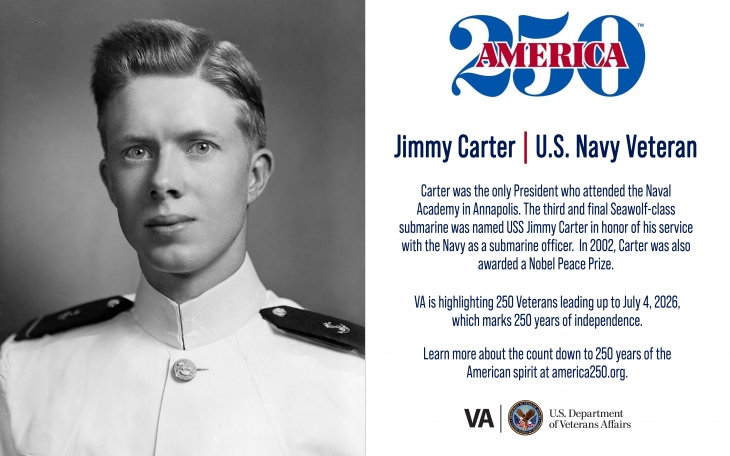 James Earl Carter Jr. was born and raised in Plains, a rural farming community in South Georgia. His family instilled in him the value of hard work and supported his lifelong goal of attending the U.S. Naval Academy. Carter received his appointment in 1943, prompting him to transfer from the Georgia Institute of Technology to Annapolis, Maryland.

When Carter arrived at the Naval Academy in 1943, he joined an accelerated wartime program, allowing him to graduate in just three years. He excelled in his studies at the Academy, graduating with distinction and a bachelor of science degree in 1946. He deployed aboard USS Wyoming, where he performed surface ship duties for two years.

Carter became involved with the Navy’s nuclear submarine programs, serving submarine duty and aiding in the engineering and electronics repair aboard SSK-1. He started nuclear power school in 1953. He hoped to serve as the commanding officer aboard USS Seawolf, one of the first naval submarines to use nuclear power. However, when he received word that his father had passed away, he received an honorable discharge from service and returned home to help run his family’s peanut farm.

At home in his rural community, Carter became a leader within the county. He gained popularity and political experience with multiple positions on county education, library and hospital authority boards. He was elected to the Georgia State Senate in 1962 on a platform of racial justice and integration. After serving as a state senator for two terms, he initiated his first gubernatorial campaign in 1966. He lost but won the next election. He was inaugurated as Georgia’s governor in 1971.

Carter served as the governor of Georgia for one full term. After his time as governor, he turned his eyes towards higher political office: the office of the presidency. Carter became the 39th president Jan. 20, 1977.

Carter’s dedication to his country did not end after his retirement from politics. After leaving office in 1981, he began devoting his time to diplomatic missions and human rights initiatives. He founded the Carter Center in 1982, a non-partisan nonprofit dedicated to domestic and international policy development and human rights advocacy.

In 2002, Carter received a Nobel Peace Prize “for his decades of untiring effort to find peaceful solutions to international conflicts, to advance democracy and human rights, and to promote economic and social development.”

Carter currently lives in Plains, Georgia, with his wife, Rosalyn Carter. They are active within their community and volunteer with organizations like Habitat for Humanity, which helps build and repair homes after natural disasters. Carter is a deacon at Maranatha Baptist Church. Hundreds of people come to his Bible study to listen to his sermons.

As the oldest living president, Carter celebrated his 97th birthday on Oct. 1 in Plains, Georgia, with his wife and four children.