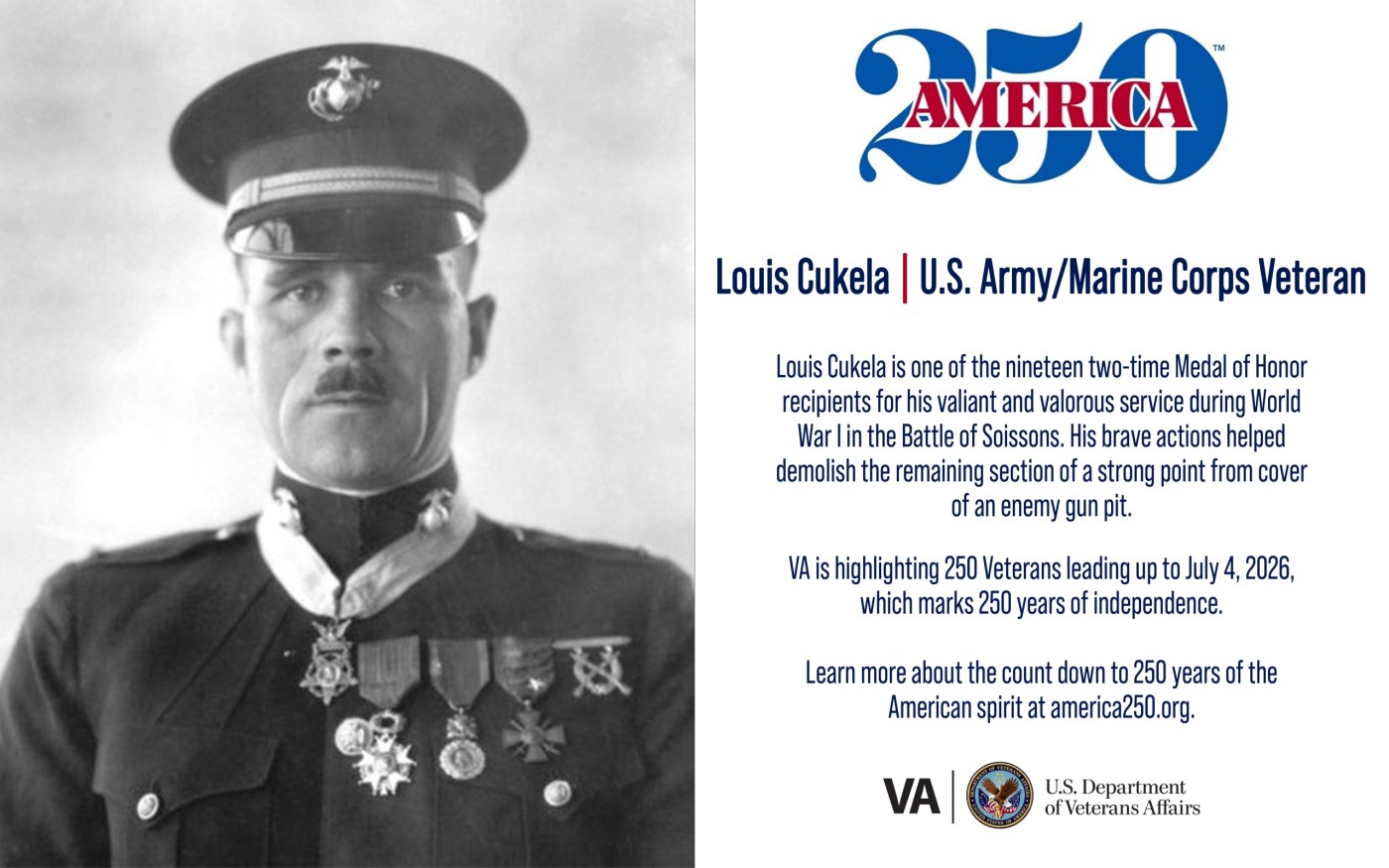 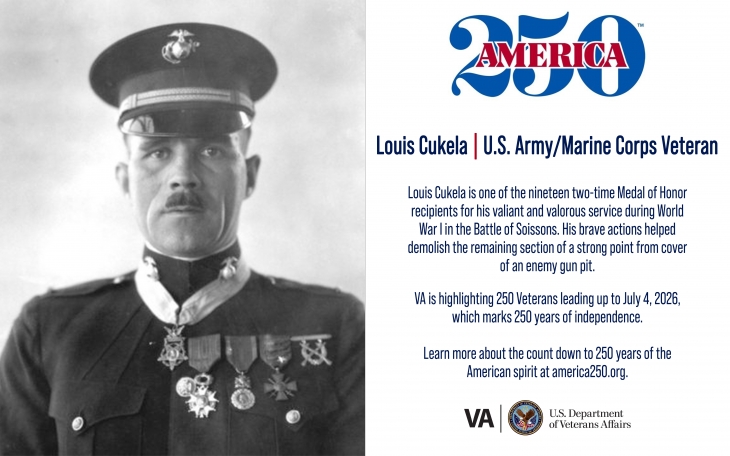 Not all American service members are born in the U.S.; many emigrate from overseas to start a new life in America. Army and Marine Corps Veteran Louis Cukela, originally from the Austria-Hungarian Empire, fought in the Great War and was one of nineteen men to receive two Medals of Honor.

Cukela was born in the late spring of 1888, in the city of Split. His mother passed away when he was young. Cukela acquired his education from various grade schools in Split, later attending the Merchant Academy for two years, and concluding at the Royal Gymnasium for another two years. He and his brother emigrated to the U.S. in 1913 as tensions grew within the Balkans and Europe. They settled in Minneapolis, Minnesota, while their father and three sisters remained in Austria-Hungary.

Cukela would begin his extensive military career on Sept. 21, 1914, when he enlisted in the Army. He served with Company H, 13th Infantry Regiment and later honorably discharged with the rank of corporal on June 12, 1916. With the war raging in Europe, Cukela enlisted into the Marine Corps on Jan. 31, 1917, prior to the U.S. joining the war. He served with the 66th Company, 1st Battalion, 5th Marine Regiment. When America finally entered the war, Cukela deployed to France where he fought in every engagement that the 5th Regiment undertook. One of these engagements was the Battle of Belleau Wood, a renowned battle in the lore of the Marine Corps.

Cukela received a Medal of Honor twice for the same action during the Battle of Soissons: one from the Navy and the other from the Army. The action happened near Villers-Cotterets, France, on the morning of July 18, 1918. The 66th Company had advanced through the Forest de Retz before they were stopped by a sturdy German force. Ignoring the warnings of his men, then-Gunnery Sergeant Cukela crawled out from the flank before proceeding alone toward the enemy lines. Despite the barrage of heavy fire, Cukela pushed past the strong point and captured a machine gun by bayoneting the crew. He then picked up their hand grenades and demolished the remaining section of the strong point from the cover of the enemy gun pit. By the end, he had taken four prisoners and captured two damaged machine guns.

Due to a lack of any official record at the Navy’s Bureau of Medicine and Surgery, he never received the Purple Heart despite two wounds. He received his first wound on Sept. 16, 1918, in Jaulny, France, and his second during his time in the Champagne sector.

In addition to the two Medals of Honor, Cukela received a Silver Star from the Army and the Médaille Militaire (making him the first Marine ever to receive this medal). He also received a Legion of Honor, France’s highest award with the rank of Chevalier. The French government awarded him the Croix de Guerre twice. Finally, he received a Croce al Merito di Guerra from Italy, the Commander’s Cross of the Royal Order of the Crown of Yugoslavia and three 2nd Division citations.

Cukela received a field appointment to second lieutenant in the Marine Corps Reserve on Sept. 26, 1918, and later received for a commission in the regular Marine Corps. He promoted to first lieutenant in 1919 and advanced to the rank of captain in 1921. He received the rank of major when he retired on June 30, 1940. The Marine Corps called him back to active duty a month later. He served as a quartermaster at the Norfolk Navy Shipyard and Philadelphia Navy Yard.

Cukela retired on May 17, 1946. He passed away at the Walter Reed National Military Medical Center in Maryland, on March 19, 1956.