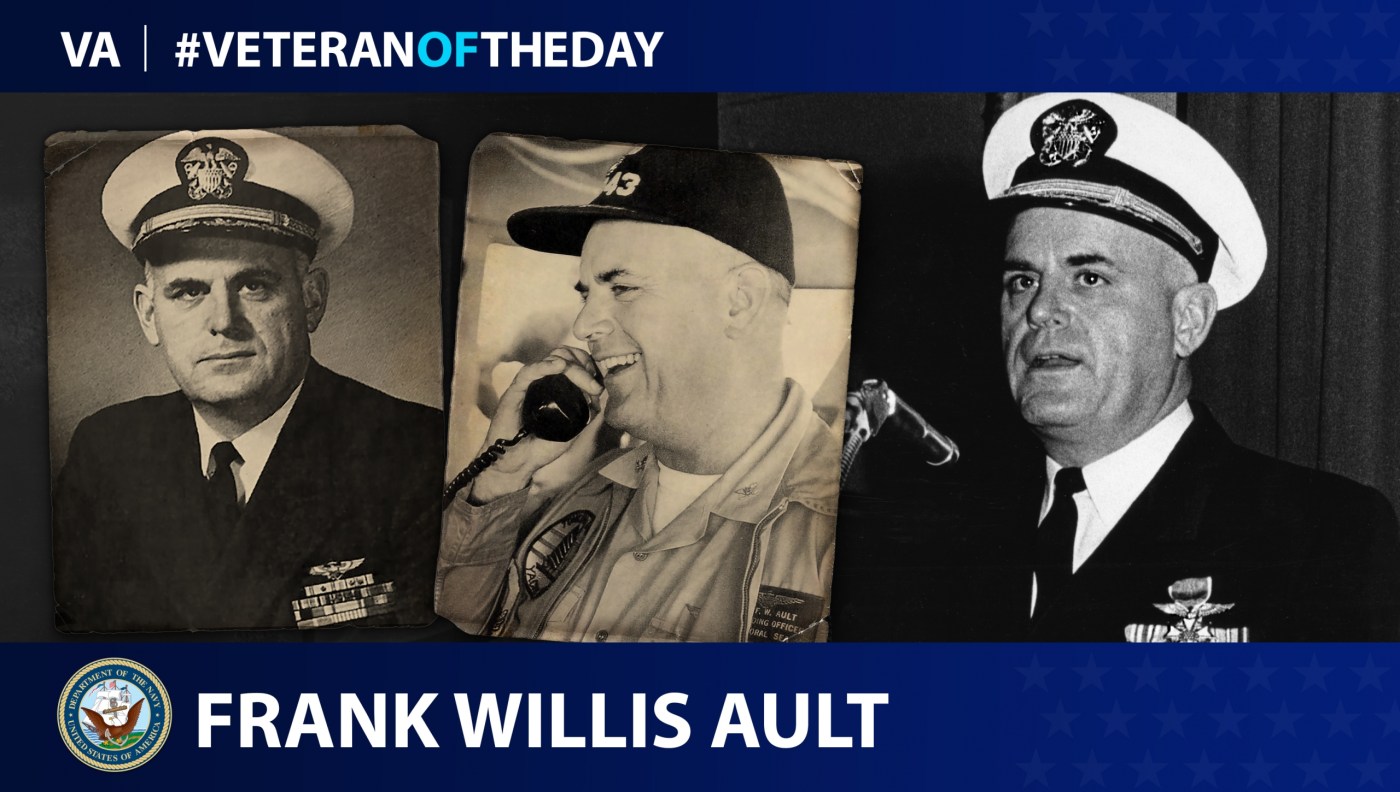 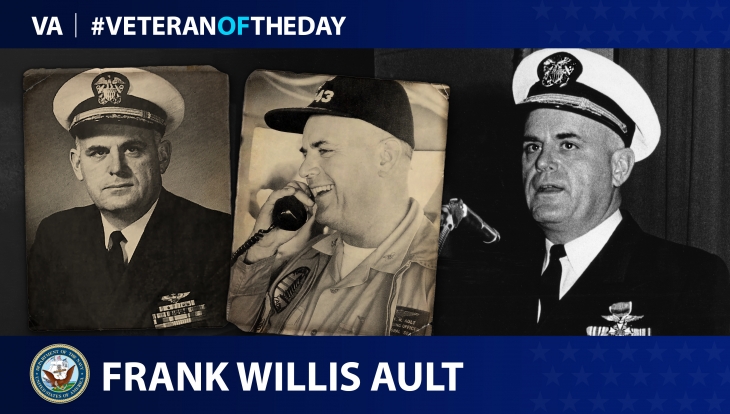 After graduating from Bellaire High School in Bellaire, Ohio, Frank Willis Ault was accepted into the U.S. Naval Academy and commissioned as an ensign upon graduation. Ault served aboard USS Astoria as a gunnery officer.

Ault participated in the Guadalcanal-Tulagi landings during the Pacific campaign of World War II aboard Astoria. During the landings, Astoria supported Marines as they landed in the southern Solomon Islands. The Japanese counterattacked on Aug. 7 and 8. USS Astoria took heavy gunfire and was sunk on Aug. 9, 1942, after suffering more than 65 hits during the battle of Savo Island.

After World War II, Ault entered special weapons training and served as an instructor until 1948 while attached to the Armed Forces Special Weapons Project at Sandia Base in New Mexico. Ault’s career led to several leadership roles within the Navy between and throughout the Korean War and the Vietnam War. Notably, Ault joined Composite Squadron Five, the atomic bomb delivery squadron, as an operations and intelligence officer.

Subsequently, Ault assumed the role of commanding officer of USS Coral Sea in 1966, which led to an assignment with the office of the chief of Naval Operations in 1968. Here, Ault was tasked with compiling a report on the effectiveness of the Naval air operations. The Air-to-Air Missile System Capability Review, or the “Ault Report” as it became known, exposed many deficiencies and failures within the Navy.

The Ault Report reviewed the flawed doctrines of interceptor air combat training the Navy had recently adopted. The report, released in 1969, was controversial but paved the way for the creation of the Navy Fighter Weapons School, commonly referred to as “TOPGUN.” The Navy Fighter Weapons School rehabilitated interceptor air combat doctrines and, by 1970, the adoption of TOPGUN training proved effective, leading to an increase in the air combat kill ratio from 2.5:1 to 12.5:1 in Vietnam.

Ault retired in March 1971 and worked for the American Retirees Association.