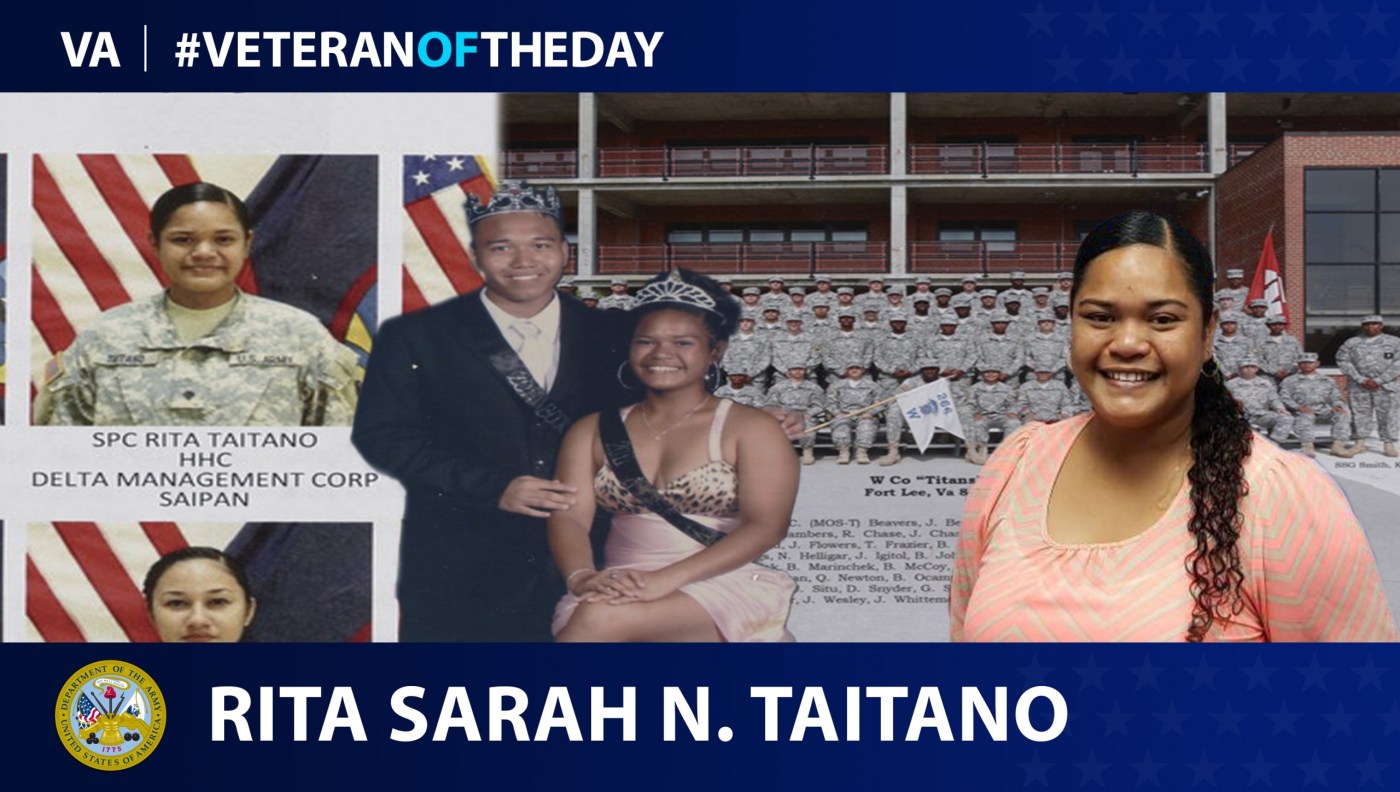 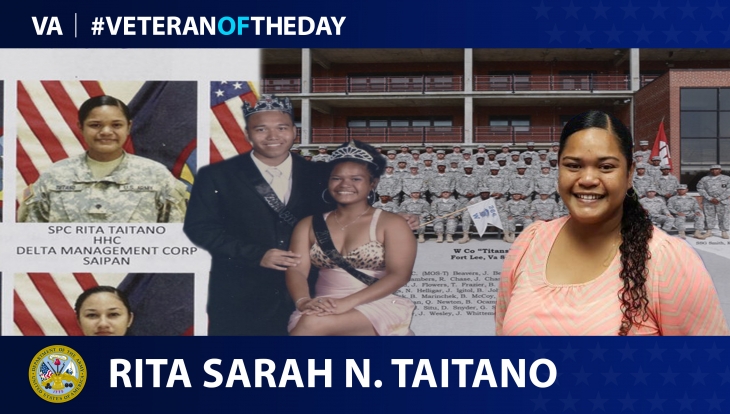 Rita Sarah N. Taitano was born on the island of Saipan in the Northern Mariana Islands. Though her grandmother was against the idea of women serving in the military, Taitano was determined to enlist to gain valuable experience and provide financial relief for her family. At the age of 17, Taitano had her mother sign a waiver to allow her to enlist the Guam Army National Guard. Taitano was a senior in high school during her first year of service, which she said garnered her respect from teachers and classmates.

In April 2013, Taitano deployed to Camp Phoenix in Kabul, Afghanistan, where she served for nine months. Though she had trained as a cook, she served as a driver. In an interview with the Veterans History Project, Taitano said that she “got a lot of hate” for being female while in Afghanistan. She recalled disrespectful treatment from local merchants, men making vulgar hand gestures at her and needing to stay out of sight to avoid unnecessary trouble while conducting military business with her unit.

“I felt like I was kind of…forced into worrying about my life more than anyone else.” she recounted.

Throughout her time in Afghanistan, Taitano kept in close contact with her family, speaking to them as often as three times a week. She recalled her 21st birthday, when her family threw her a virtual party to celebrate. Taitano also became close with many of her fellow soldiers and continues to stay in touch with members of her unit to this day.

In December 2013, Taitano returned home. Her family was waiting for her at the airport with a homemade sign, and she and her mother shared a tearful reunion.

“Whenever I give a speech and they ask me about my most memorable moment, that was it…coming home to see her.” she said.

Taitano left the military in 2016, holding the rank of specialist. She attended the University of Guam, graduating in 2018 with a bachelor’s degree in communications – public relations. During her time in college, she interned for Congressman Gregorio Kilili Camacho Sablan. In the future, Taitano plans to begin a career in public service and start a family.