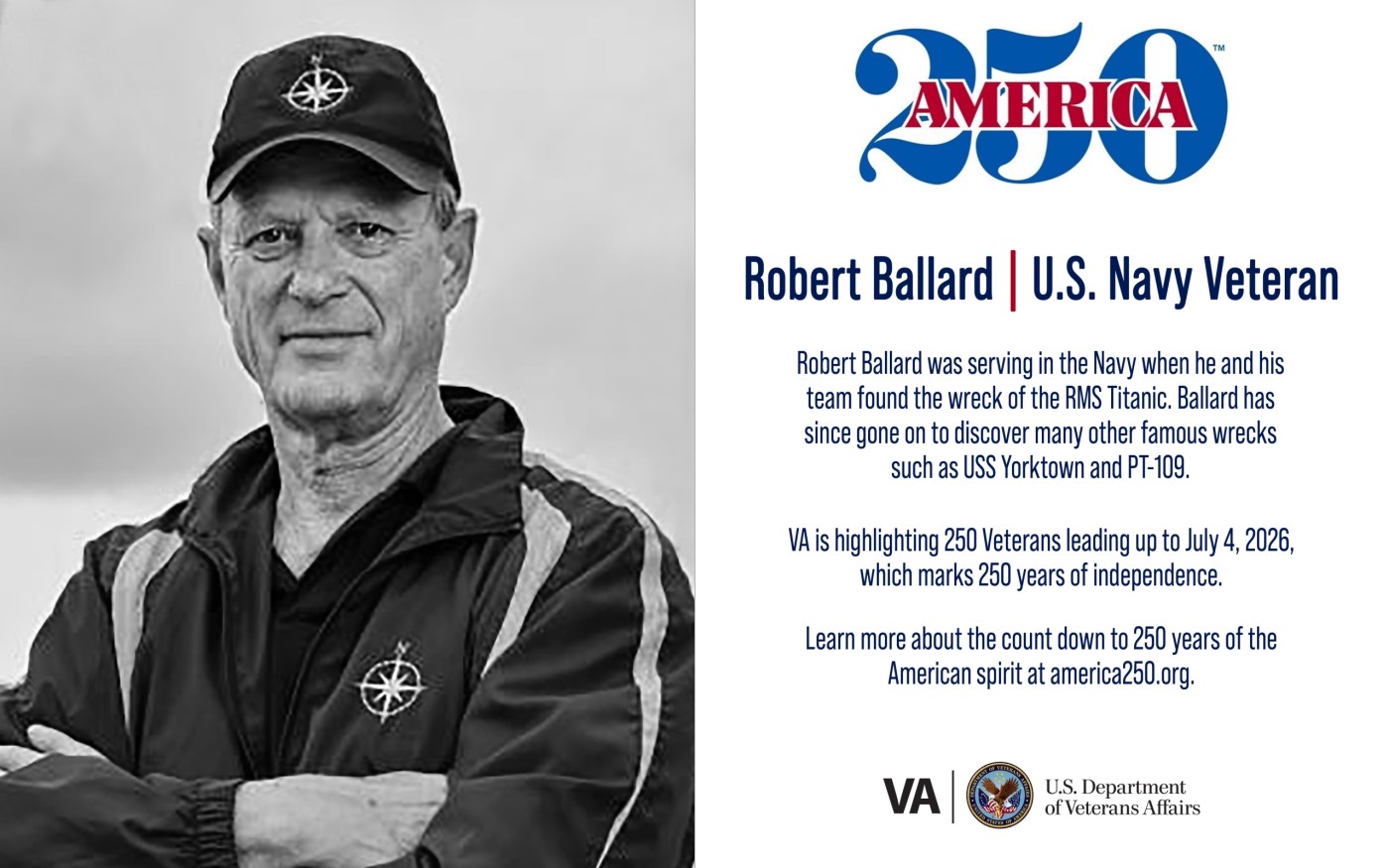 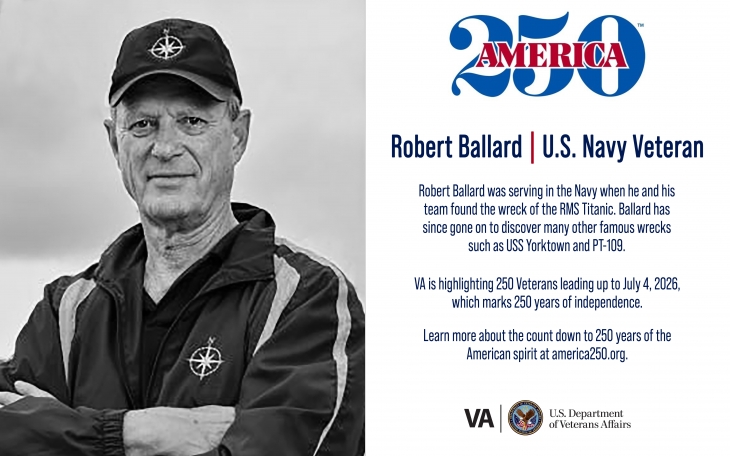 From a young age, Robert Ballard was fascinated by the sea. He watched the film version of Jules Verne’s science-fiction novel “Twenty Thousand Leagues Under the Sea” and enjoyed exploring the tidal pools around Mission Bay in San Diego. After graduating from high school, Ballard helped design deep-sea submersibles with the North American Aviation’s Ocean Systems Group. He studied chemistry and geology while attending the University of California, Santa Barbara. It was also at Santa Barbara that Ballard joined the Army Reserve Officer Training Corps (ROTC).

After receiving a master’s degree in geophysics from the University of Hawaii, Ballard was called up for active duty by the Army during the Vietnam War. But due to his interest in naval studies, he requested and received a transfer to the Navy instead. Based on his knowledge in oceanography and geophysics, Ballard served as a liaison officer to the Deep Submergence Group at Woods Hole Oceanographic Institution in Falmouth, Massachusetts. It was at Woods Hole that Ballard assisted with the design and development of deep-diving submersibles. He also started making exploration missions on the deep-sea submersible Alvin, which allowed for greater exploration of the ocean floor and the Mid-Atlantic Ridge. In 1970, Ballard transferred to the Navy Reserve and continued working at Deep Hole on deep-sea missions and technological advances. Later, Ballard’s missions on Alvin in the late 1970s revealed the existence of hydrothermal vents and chemosynthetic animal communities in areas like the Galapagos Rift.

During the 1980s, Ballard began searching for the famous shipwreck of RMS Titanic, which sank off Newfoundland in April 1912. However, the search for the Titanic also served a secret dual purpose: to relocate two wrecked nuclear submarines, USS Thresher and USS Scorpion, both of which sank to the bottom of the North Atlantic Ocean in 1963 and 1968. Ballard later stated that the mission was also meant to convince the Soviets that American naval forces were more capable than their own.

“I’ll find [the Titanic], and then we’ll go public,” Ballard recalled telling then-Secretary of the Navy John Lehman in a September 2021 Business Insider article. “Show videos from the robots roaming through the ballrooms. It will drive the Soviets crazy. They’ll think that if we’re willing to publicize this capability, imagine what our Navy is doing in secret.”

With both Lehman and President Ronald Reagan’s approval, Ballard continued the search for both RMS Titanic and wrecks of the nuclear submarines. To search for the wreck, which was 12,500 feet below sea level, Ballard deployed new naval technology such as deep-sea robots called remotely operated vehicles (ROVs), which could gather information and withstand ocean conditions. He also used fiber-optic cables, which allowed for better quality images to be transmitted to naval ships.

“The Titanic was actually the first time we introduced this kind of technology,” Ballard explained in a May 2021 CNN article.

With the new technology in hand, Ballard’s team successfully located the wrecks of both nuclear subs. Based on a technique used during the search for the submarines, they searched for debris trails to locate the Titanic in August 1985 using the submersible Argo. In early September, Argo came upon the debris trail and several of the ship’s boilers before eventually finding the famous wreck. After the initial discovery, Ballard’s team made several additional voyages to the wreck to study its condition and internal contents.

After leaving the Navy in 1995 as a commander, Ballard participated in several other hunts for other famous shipwrecks, including the German battleship Bismarck, USS Yorktown and PT-109. Following his departure from Woods Hole, Ballard became involved in marine archaeological explorations of sites around the Black, Caribbean and Mediterranean Seas. He also currently directs the University of Rhode Island’s Center for Ocean Exploration, which works in collaboration with the National Oceanic and Atmospheric Administration.

“I go to sea because I’m humbled by this force,” he remarked in a May 2021 news article. “When you’re in a hurricane or when you get hit by a rogue wave and you go under the ocean… that’s pretty awesome. You do fall in love with it, but you’re also deeply respectful of its power.”