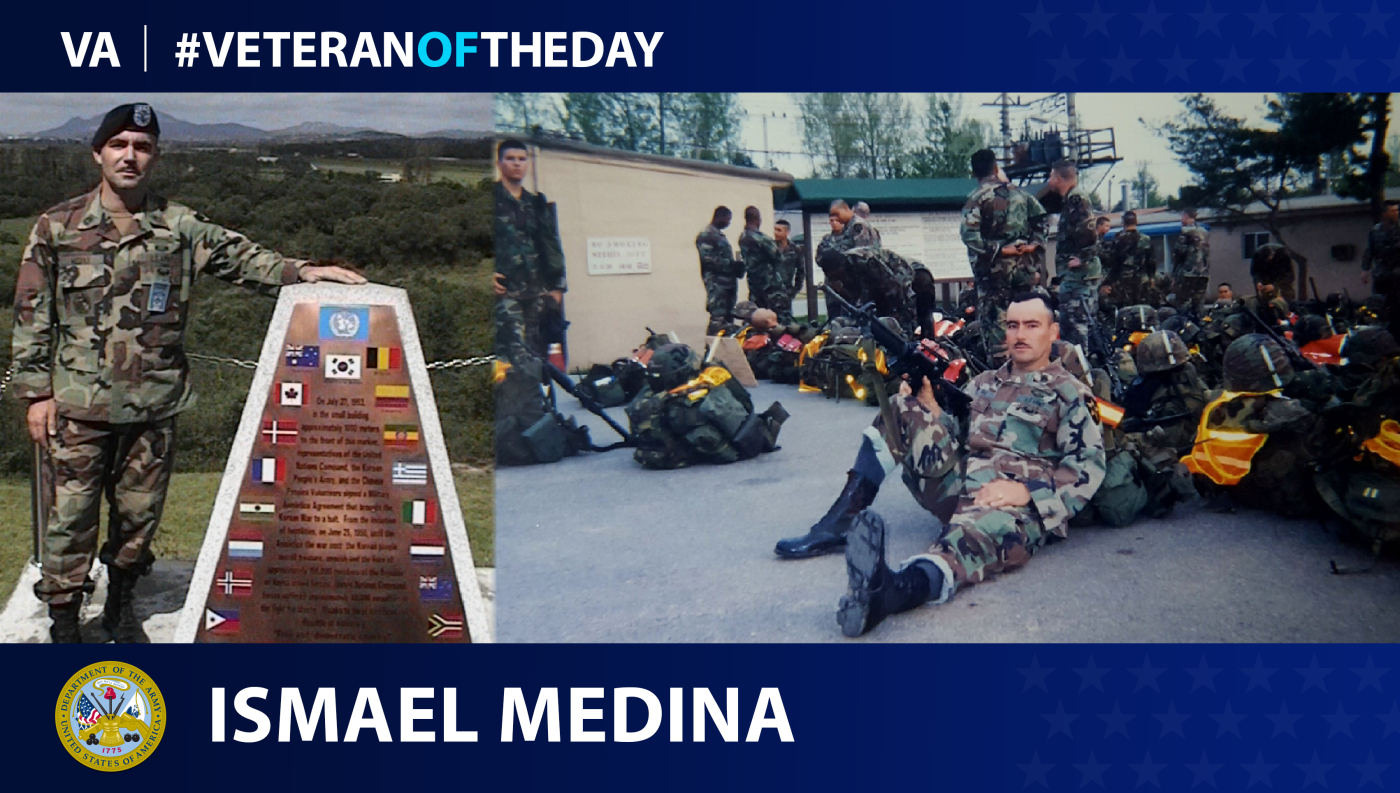 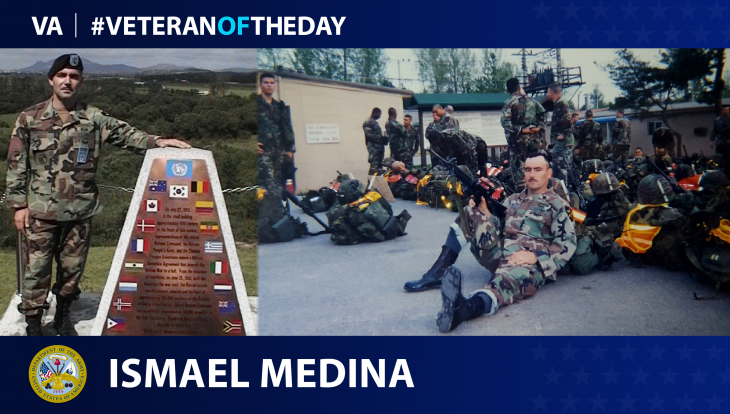 Ismael Medina was born in December 1963 and raised in Ponce, Puerto Rico. His father was a major influence on Medina’s desire to become a soldier, being both a retired sergeant major and Vietnam Veteran. After a friend convinced him to join the Army in 1983, he completed basic training at Fort Benning, Georgia, where he was runner up for the best soldier in his cycle.

In 1984, he went to Berlin, Germany, where the Berlin Wall still stood in the midst of the Cold War. There, the nations of Russia, France, Britain and the U.S. rotated guard duty of Hitler’s right-hand man, Rudolf Hess. During one of the months the U.S. guarded him in Spandau Prison, Medina was one of the guards on post and saw Hess in person.

The following year, he returned to Fort Benning in Georgia to join mechanized infantry. He met his wife when he returned to Puerto Rico in 1985 and they married in April 1986. Medina was set to discharge from the Army in August but chose to continue in the service to purchase his own home in Puerto Rico.

He went to Fort Chaffee, Arkansas, for four years and did inflight rigging for an airborne refueling company. During an airborne jump at 0308 hours on Aug. 5, 1988, his right leg became tangled in the parachute of another jumper. When he landed, he broke his tibia and fibula. After recovery, he became a drill sergeant at Fort Jackson, South Carolina, from 1992 until 1995.

In 1996, he went to Vicenza, Italy, where he monitored African conflicts. When a civil war grew close to the U.S. Embassy in Sierra Leone, Liberia, President Bill Clinton ordered an evacuation mission that Medina would take part in. Nervous that he would not return to see his family, in an interview he recalled this mission as, “his most significant event or experience in the Army.”

His helicopter landed in the embassy in complete darkness as Navy SEALs secured the vicinity. While civilian rebels drove through the streets with AK-47s, he maintained self-discipline and followed orders to not lock and load. He remained in Africa for a few weeks.

Medina later went to the DMZ border of North and South Korea, a high stress situation requiring constant vigilance for attack. He eventually returned to Fort Jackson with his family. After 24 years of active duty, he retired Oct. 1, 2007.

He earned two bachelor’s degrees—Spanish and, in 2015, experimental psychology– and an associate’s degree in art from South Carolina University.