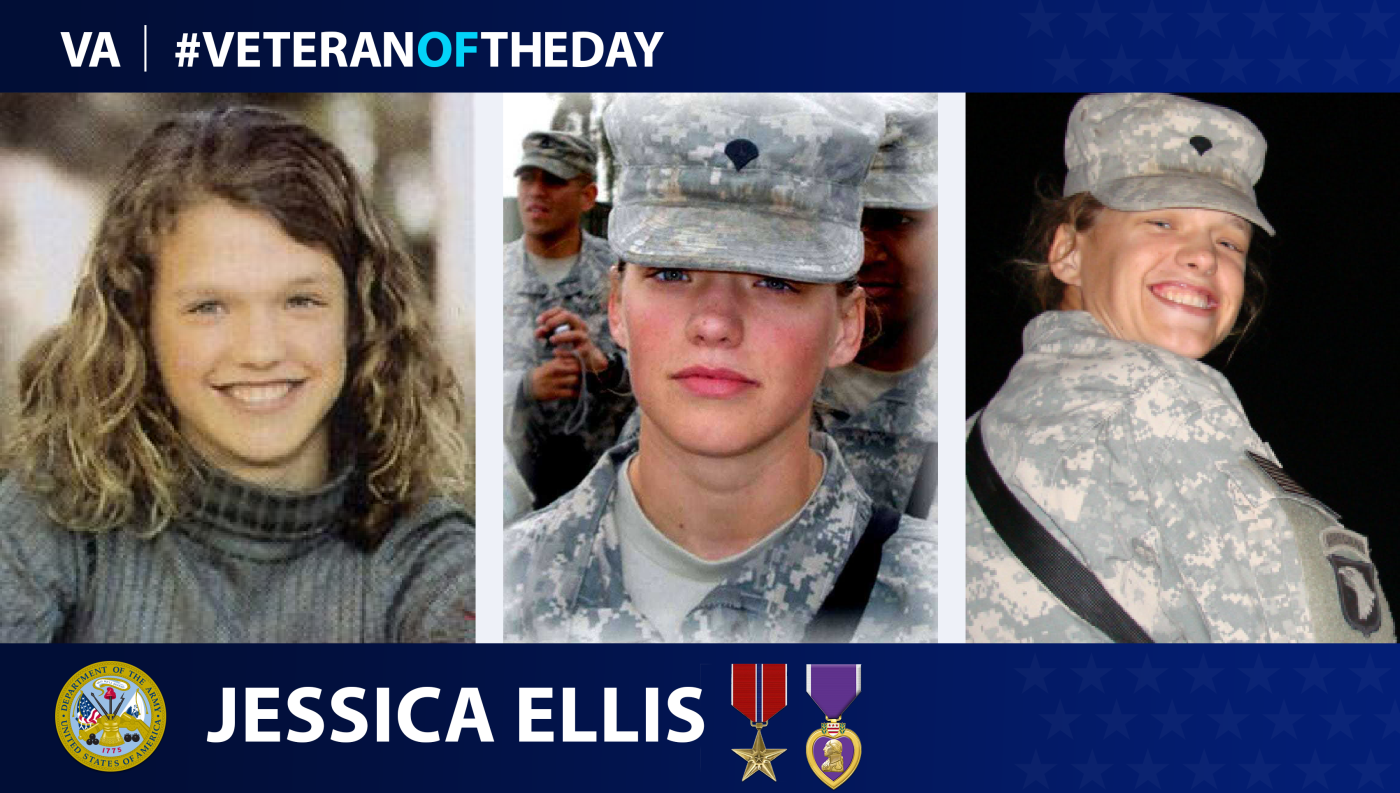 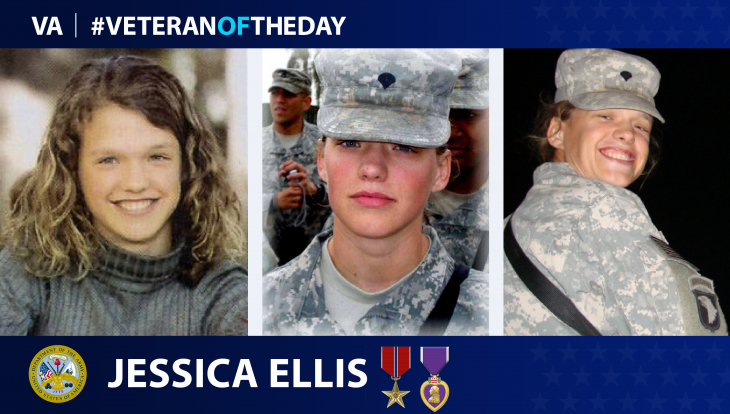 During Women’s History Month, today’s #VeteranOfTheDay is Army Veteran Jessica Ellis, who was killed in action in Iraq.

In high school, Jessica Ellis participated in dance groups and various sports teams, such as track, cross country and swim. She graduated in 2002 from Lakeview High School in Oregon. Ellis then attended Central Oregon Community College, where she earned an associate degree. While in college, she worked summers at the Fremont-Winema National Forest as a U.S. Forest Service wildland firefighter.

After college, Ellis joined the Army and became a medic as she could help people. Ellis went to Fort Leonard Wood, Missouri, for basic training in September 2004. She then went to Fort Sam Houston, San Antonio, where she trained as a combat medic. While there, she learned a number of emergency medical techniques and how to conduct evacuations under enemy attack.

After becoming a combat medic, Ellis went to the 2nd Brigade Special Troops Battalion, 2nd Brigade Combat Team, 101st Airborne Division (Air Assault), at Fort Campbell, Kentucky. In the fall of 2005, she deployed with her unit to Iraq in support of Operation Iraqi Freedom. As a medic, Ellis worked in the camp’s clinic and routinely went on clearance patrols in Baghdad with combat engineers. Their objective was to keep roads clear of bombs and booby traps. Because she was the medic, she usually rode in a Buffalo mine-protected clearance vehicle as it was the safest given its heavily armored construction. During this deployment, Ellis had some dangerous encounters. On two occasions, two improvised explosive devices exploded near her vehicle.

In October 2007, Ellis went back to Baghdad for her second tour with the same unit. In April 2008, while out on patrol, an IED hit Ellis’ Buffalo. The vehicle caught on fire. Everyone got out in time and Ellis survived. A few weeks later on May 11, 2008, she volunteered to cover for another medic on patrol, as she didn’t want her fellow soldiers to go without a medic. This patrol took place during the night and of the five vehicles in the convoy, she was in the Buffalo as usual. Multiple explosively formed penetrator devices hit her vehicle during an ambush, and her Buffalo caught on fire. Ellis’ comrades got her out and tried to save her, but she did not survive. She was 24 years old.

In an interview with OPB.org, Ellis’ father recalled what he was told when he met with the soldiers from her unit.

“She was the morale of the unit,” the soldiers told her father. “She was always there for us.”

Ellis posthumously promoted to corporal and received a Bronze Star and Purple Heart. Ellis is buried at Arlington National Cemetery.