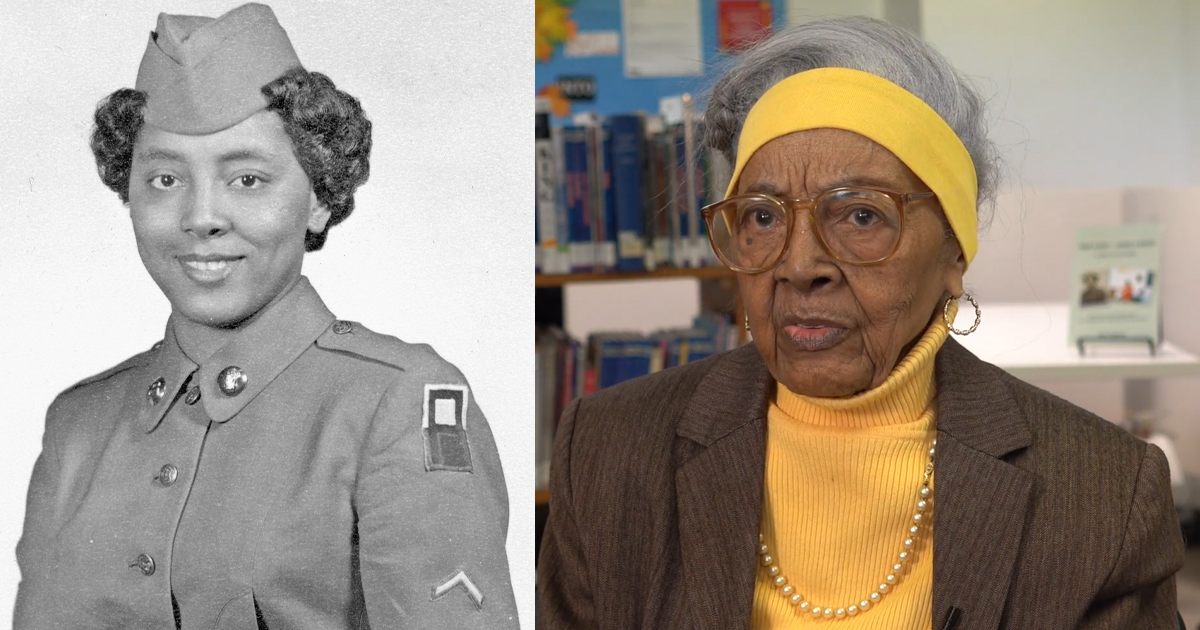 “I boarded this bus to take my first journey home after entry in the military,” she said.

A ticket leads to troubles

She bought a direct ticket to make sure she had no changes. At the time, buses in the South were segregated. However, a 1946 law declared buses originating in the North did not have to follow Southern laws.

But several hours later, after pulling into Roanoke Rapids, North Carolina, the bus changed drivers. The driver ordered the young Army soldier to the back of the bus. She refused to give up her seat. The driver collected every ticket on the bus – except one.

The bus driver then ordered everyone off the bus. Keys went to the bus station to get a ticket.

“When I got to the ticket window, the lady behind the curtain in the ticket window pulled down the curtain and dimmed the lights,” she said. Keys turned around to find a janitor sarcastically asking if she knew where she was – a perceived reference to being in the South.

“I said to myself, ‘Oh God, Sarah, you’re in trouble,’” she remembered.

Keys went back outside and asked the driver again if there was a problem with a ticket. A few feet away, police asked the driver if Keys was the unruly passenger he mentioned. He confirmed she was, so the police then took her into custody.

A night in jail

For the next 13 hours, law enforcement held Keys, placing her in a jail cell.

A dirty mattress, one she described as “dirtier than any you see discarded on the street,” was in the cell. Rather than soil her neatly pressed Army dress uniform, Keys paced the floor all night long.

The jailer came the next morning to bring her in front of the chief of police. Evans received a $25 fine for disorderly conduct.

For years, her story went under the radar even though her trip was more than three years before Rosa Parks would stage her bus boycott. In fact, Parks’ boycott came six days after the Interstate Commerce Commission publicly announced the ruling in Keys’ favor. Attorney General Robert F. Kennedy later used the Keys case to call on the ICC to ban Jim Crow laws in interstate travel following the Freedom Rides.

“I’m a native and I didn’t know,” said Dr. Georgette Kimball, a retired 42-year educator who was part of a project team who brought her story to light. “She made a difference. It’s a piece of history that needs to be known.”

In August 2020, Keys’ fight was finally brought to a tangible reminder with the “Closing the Circle” display at Sarah Keys Evans Plaza in Roanoke Rapids. The plaza uses her married name.

Over a period of several years, people dug into the story and realized the impact the Army Veteran had made on interstate travel. Dr. Charles McCollum Sr., a retired educator and pastor of two Baptist churches, said the Southern Christian Leadership Conference banquet honored Keys Evans, which helped spread the story. From there, the team worked with the Z. Smith Reynolds Foundation for a public art initiative.

“Her courage was so great,” said Dr. Ervin V. Griffin Sr., president emeritus of Halifax Community College. “I don’t know if I could’ve done it. That’s why she’s a trailblazer.”

Keys Evans, now 92, lives in New York. She has not returned to Roanoke Rapids in the nearly 70 years since that night, instead joining the unveiling virtually.

Despite a later ruling, she never received her money back, said Ophelia Goulz-Faison, who researched Keys Evans’ struggle. She’s still out the $25 – about $250 in today’s value.

Despite being part of a landmark decision that changed American transportation, the Army Veteran said she doesn’t want the story lost.

“I’d like to be remembered as someone who helped somebody along the way,” Keys Evans said.

By Adam Stump is a public affairs specialist formerly with VA’s Digital Media Engagement team. He is a retired Air Force Veteran who served 20 years, including two deployments to Afghanistan for detention operations and special operations.