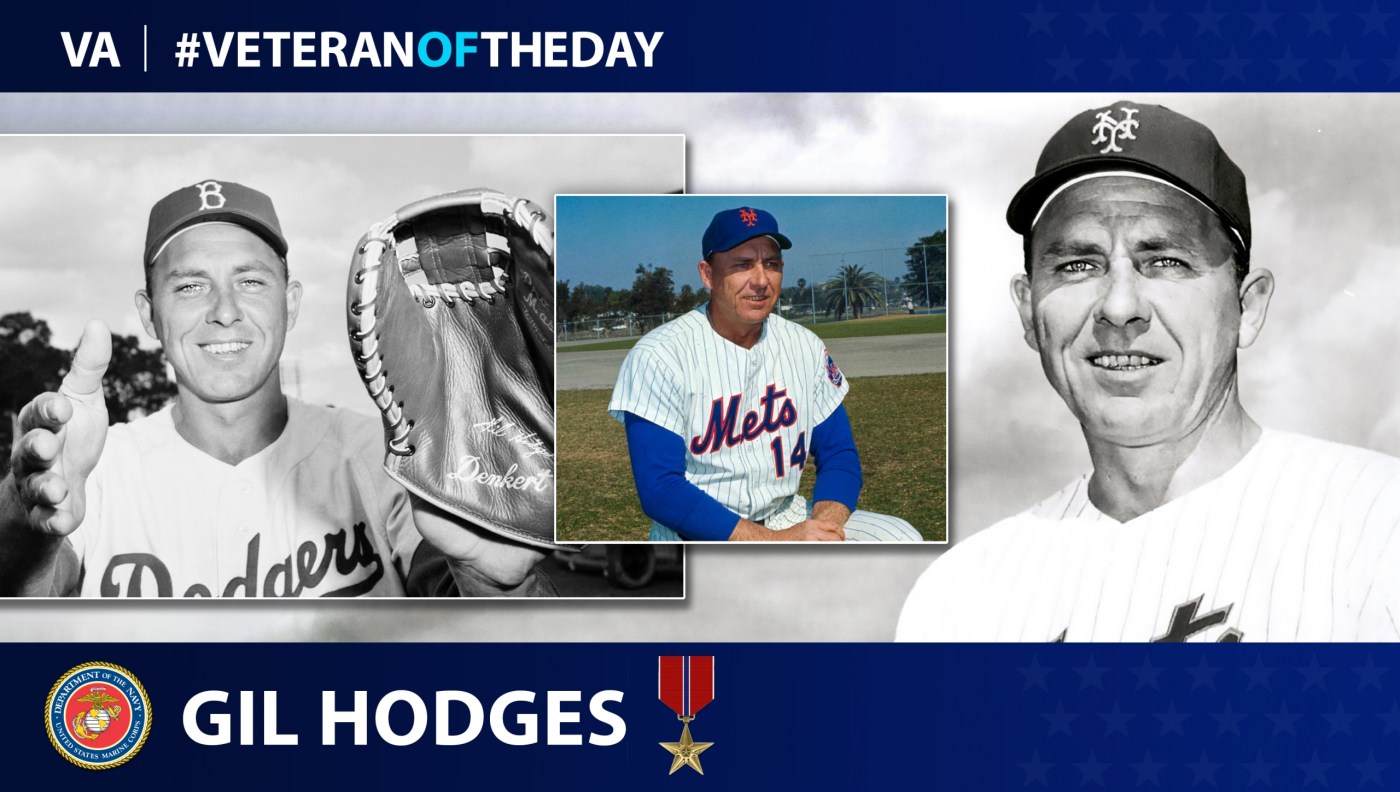 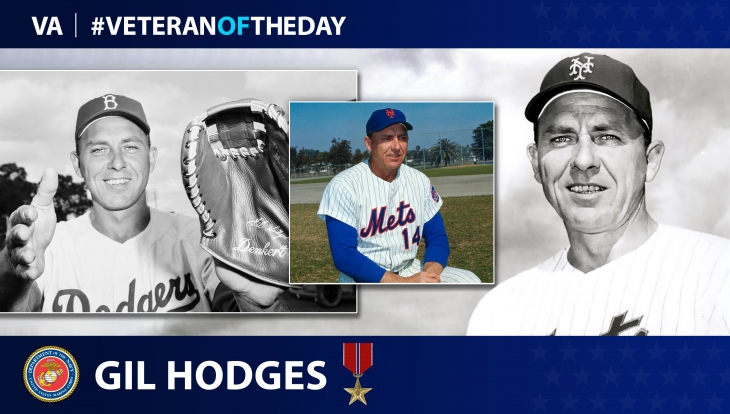 Gil Hodges was born in April 1924, in Princeton, Indiana. He was the middle of three children and had a decorated high school athletic career. According to a Baseball’s Biggest Sacrifice, he was a four-sport athlete and turned down a Major League Baseball contract with the Detroit Tigers during high school. He attended college at St. Joseph’s in Indiana, and later signed a deal with the Brooklyn Dodgers in 1943.

Hodges made his major league debut on Oct. 3, 1943, the same day the season ended, and then enlisted in the Marine Corps days later. He completed basic training in San Diego, and in March 1944 was stationed at Pearl Harbor. During his tenure in Hawaii, Hodges often demonstrated his baseball skills playing against other battalions, according to a Baseball in Wartime article.

Hodges was sent to Tinian Island and took part in the invasion of Okinawa in April 1945. In a letter to his family, he described a Japanese kamikaze that “crashed on the bow” of one of the American vessels and was sure that “quite a few” service members were hurt. Hodges wrote that he could “write all day” and still not cover everything he saw.

After the invasion, Hodges stayed on Okinawa working in intelligence and was charged with protecting classified documents during enemy raids. He was stationed on the island until October 1945 and was honorably discharged three months later at the rank of sergeant. He received a Bronze Star for his service during the invasion.

After his military service, Hodges returned to the Dodgers in 1946. He was an eight-time all-star; a winner of the Gold Glove award three times; and won two World Series with Brooklyn, according to Baseball’s Greatest Sacrifice. He later became the manager of the New York Mets, leading them to a World Series in 1969.

During spring training in 1972, Hodges suffered a fatal heart attack shortly before his 48th birthday. He was recently elected to the MLB Hall of Fame on the Golden Days Era ballot.