VA neurologist, a pioneer in medical imaging, made advancements in brain research 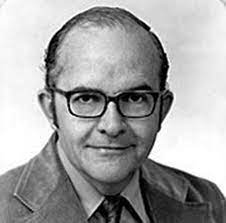 Dr. William Henry Oldendorf was an internationally renowned neurologist who contributed significantly to the understanding of the brain and pioneered medical imaging techniques that are widely used today.

Oldendorf was a VA scientist who had served in the U.S. Navy as a medical officer. He is best remembered for playing a role in developing computed tomography – commonly known as the CT scan – and magnetic resonance imaging (MRI). Both imaging techniques were derived from Oldendorf’s research on isotope scanning of the brain and are used to noninvasively acquire detailed internal images of the body. These images allow scientists and doctors to identify and observe illnesses and provide the most accurate treatments for patients.

Through his research in the late 1950s and 1960s, Oldendorf introduced seminal ideas that laid the groundwork for the MRI and the CT scan, originally called computed axial tomography (CAT scan). Both imaging techniques are among the major scientific advancements of the 20th century.

‘Revolutionized the field of neurological diagnosis’

In 1975, Oldendorf shared the prestigious Lasker Award with British electrical engineer Godfrey Hounsfield for their development of the CT scan. In the words of the Lasker Foundation, “For Dr. Oldendorf’s concepts and experiments, which directly anticipated and demonstrated the feasibility of computerized tomography, which has revolutionized the field of neurological diagnosis, this 1975 Albert Lasker Clinical Medical Research Award is given.”

In addition to medical imaging, Oldendorf pursued research that advanced the concept of neurology. He became an international authority on the blood-brain barrier – a highly complex and dynamic semipermeable border that protects the brain. The blood-brain barrier guards against toxins or pathogens that could cause brain infections. It also allows key nutrients to reach the brain.

Born in 1925 in Schenectady, New York, Oldendorf showed a strong interest in medicine in his youth. He graduated from high school at age 15, completed premedical studies at Schenectady Union College in 1945, and earned his medical doctorate from Albany Medical College in 1947. He then served in the Navy as a psychiatrist for two years at the U.S. Naval Hospital in Newport, Rhode Island. After leaving the Navy, he completed his residency at the University of Minnesota Hospitals in 1955 and assumed the position of associate chief of neurology at Wadsworth Hospital, part of the West Los Angeles VA Medical Center. He also joined the faculty of the school of medicine at the University of California at Los Angeles (UCLA).

In the ensuing years, Oldendorf resurrected the concept of tomography – which Dutch neurologist Bernard George Ziedses des Plantes originally introduced in the 1930s – and innovated on it. In 1959, he declared his goal to “scan a head through a transmitted beam of X-rays and to reconstruct the radio density patterns of a plane through the head.”

Oldendorf’s landmark paper, published in 1961, focused on radiographic tomography. In 1963, he received a U.S. patent for his “radiant energy apparatus for investigating selected areas of interior objects obscured by dense material.” This prototype, which helped Oldendorf become known as the “Thomas Edison of medical device innovation,” led to the development of the first CT scanning devices. His discovery also served as a basis for the MRI and other medical imaging techniques yet to be developed, such as positron emission tomography (PET) and single photon emission computed tomography (SPECT).

Oldendorf’s concept of axial tomography would help improve the diagnosis of neurological disorders, especially among infants and kids.