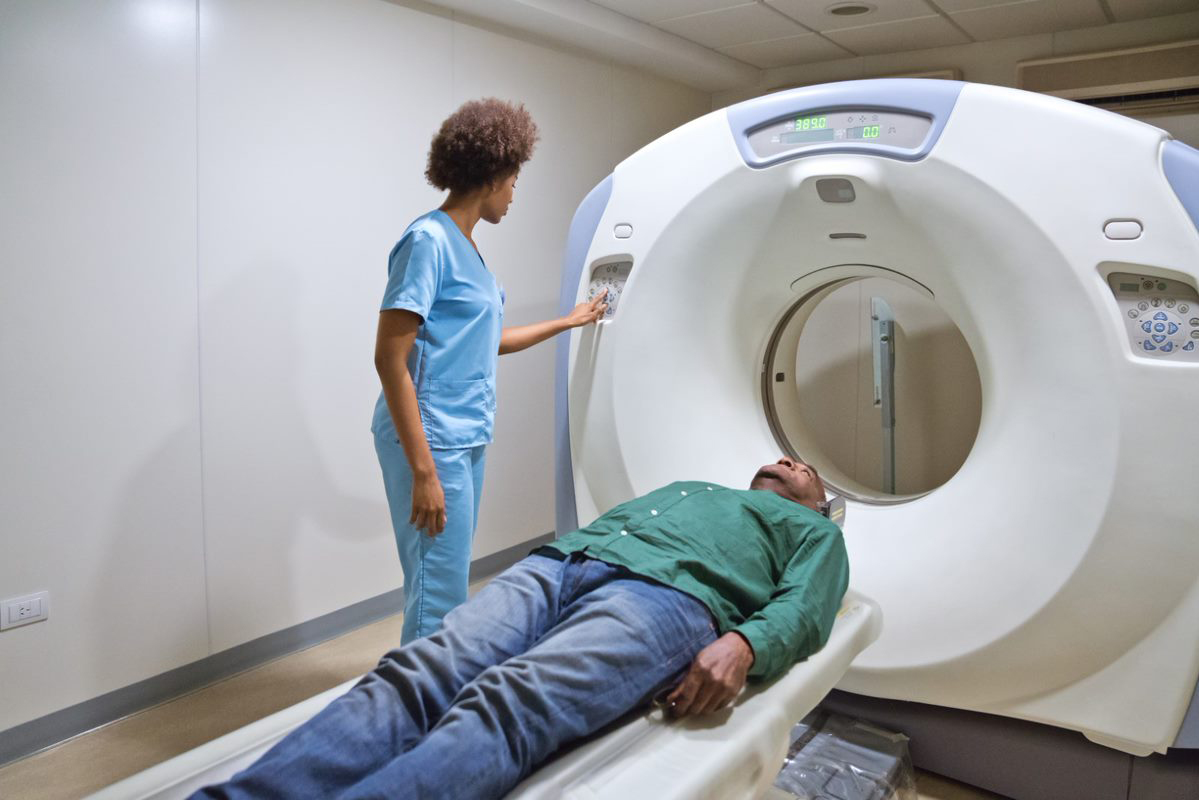 Black Veterans with lung cancer receive comparable care, with equivalent, if not superior, treatment outcomes as white Veterans at VA, according to a study by VA St. Louis researchers. VA cancer care appears to be more equitable than care received in the private sector, where significant racial disparities exist.

First study author Dr. Brendan Heiden, of the Washington University School of Medicine in St. Louis, explains how the findings show the strength of the VA health care system. “This study highlights the exceptional care that Veterans receive through VA hospitals, including for highly complex diseases like lung cancer,” he says. “The VA system also appears to mitigate racial and other disparities in care. Harnessing lessons from VA may help to address lung cancer disparities in the general U.S. population.”

The study appeared online in the April 8, 2022, issue of the journal “Chest.”

Non-small cell lung cancer, the most common form of lung cancer, is the leading cause of cancer-related death in the United States. Surgery is the gold standard treatment for early-stage lung cancer.

Multiple factors contribute to these disparities. Black patients are more likely than white patients to face inadequate insurance coverage and less access to care. They are also more likely to come up against provider bias and discrimination, poorer communication, and patient distrust of physicians stemming from cultural factors.

But many of these disparities are addressed in the VA system. VA is an equitable health insurance system. All Veterans receiving care through VA should have equal access to all types of care with little to no cost to the patient. VA also provides services like transportation, housing and employment assistance, and mental health care. These services help address the social determinants of health that often lead to unequal care based on race.

Equal care for Black and white Veterans in VA

To analyze the quality of cancer care Black Veterans received in VA, the researchers looked at data from 18,800 patients with early-stage non-small cell lung cancer. Of these, 57% of Black and 58% of white patients had surgery. Of the nearly 10,000 surgery patients, 85% of these patients were white, and 15% were Black.

Black Veterans were less likely to experience major post-operative complications, the researchers found. There was no difference between the groups in 30-day readmissions to the hospital and 30-day mortality rates (death following discharge from the hospital, within 30 days).

Patients were followed for about six years after surgery. After adjusting for other risk factors, Black Veterans were found to live significantly longer than white Veterans during this time period. To the best of the researchers’ knowledge, this is the first study to show better survival rates in Black compared with white Veterans with lung cancer.

The study also assessed the quality of procedures patients received. Both patient groups had similar numbers in surgery type, amount of cancer cells at the edge of the surgical area, and upstaging to a more advanced form of cancer.

By Tristan Horrom is a writer/editor in VA Research Communications