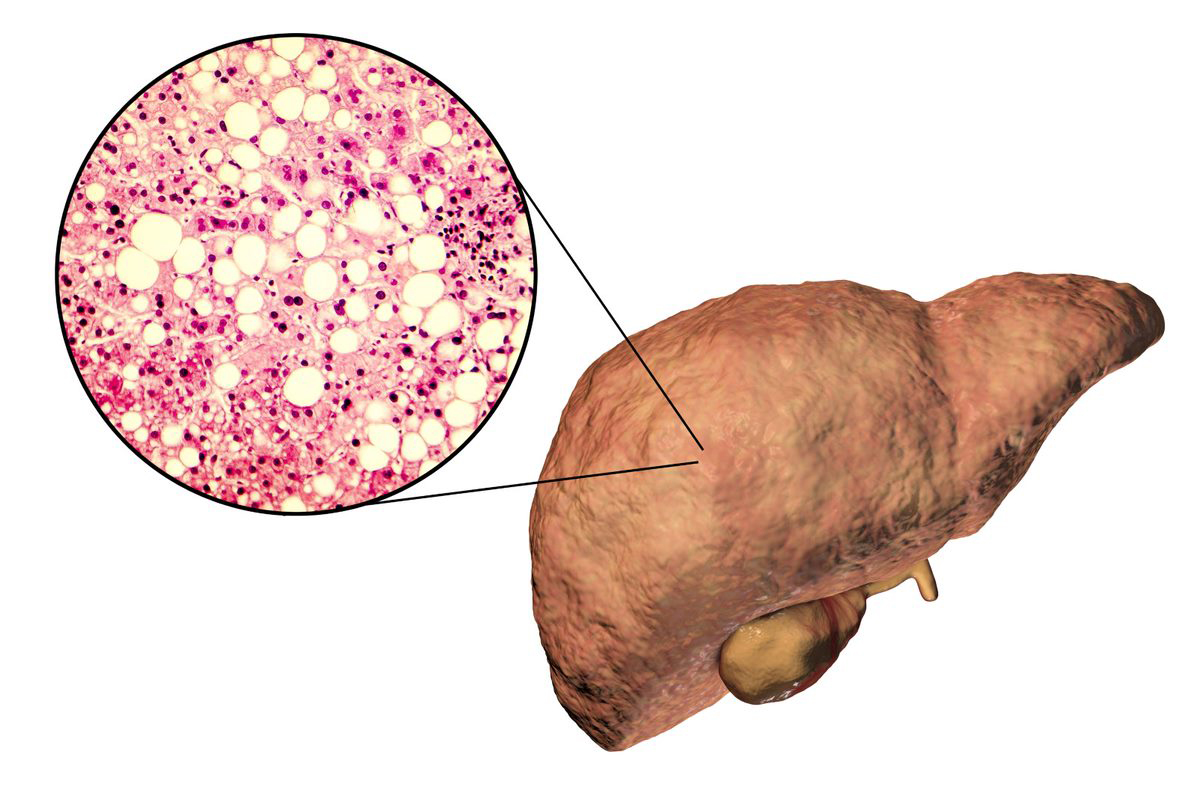 A VA Million Veteran Program study identified genetic factors that increase the risk of non-alcoholic fatty liver disease (NAFLD). In a first-of-its-kind multi-ancestry genetic study, the researchers found 77 locations on the human genome that affect risk for NAFLD. Twenty-five of the locations had never been associated with the disease before.

The results can be used to build a genetic prediction model of NAFLD, according to the researchers, and will also increase understanding of how the disease develops.

The findings appeared in the June 2, 2022, issue of “Nature Genetics.”

A growing cause of liver disease

NAFLD is defined as accumulation of at least 5% fat in the liver, in the absence of other known causes of liver disease. It can cause both cirrhosis and liver cancer. The condition has both genetic and biological risk factors. Risk factors include obesity, insulin resistance and metabolic syndrome.

NAFLD is a growing cause of liver disease. It has an estimated worldwide prevalence of 25% in adults. In the United States, that prevalence is projected to climb to nearly 34% by 2030.

While NAFLD is a growing problem, it is markedly underdiagnosed because of the invasive nature of liver biopsies, high variability in imaging results and poor sensitivity in diagnostic codes.

Because of the difficulty in diagnosing NAFLD, doctors often use a proxy method of identifying the disease. A blood test that checks for elevated levels of an enzyme called alanine aminotransferase (ALT) can be used to find NAFLD. Chronic ALT elevation is a sign of liver damage.

To better understand the inherited risk for NAFLD, VA researchers studied the genomes of more than 90,000 MVP volunteers with chronic ALT elevation not explained by other factors. They compared this group to nearly 130,000 controls without elevated ALT.

The study population was particularly noted for being diverse, something not often seen in large genetic studies. The diversity of Veterans participating in MVP is an important strength of the program—MVP is one of the world’s largest and most diverse biobanks, with 25% of participants being non-white. This study population was 75.1% White, 17.1% African American, 6.9% Hispanic and 0.9% Asian.

The researchers identified 77 locations on the genome across ethnicities where gene variation affected chronic, unexplained elevation of ALT. Of these, 25 had not previously been associated with NAFLD or ALT. They also identified one additional gene location associated only in participants of European ancestry, and two only in those of African ancestry.

The findings “effectively tripled” the known genetic locations related to NAFLD, according to Dr. Ben Voight of the Corporal Michael J. Crescenz VA Medical Center and University of Pennsylvania Perelman School of Medicine, one of the lead investigators of the study. “Genetic studies of NAFLD have been stymied owing to the difficulties and invasiveness of phenotyping patients,” he explains. “For the last 10 years, the total number of robust genetic associations known could be counted on two hands. That has been unquestionably frustrating.” This research adds greatly to the understanding of genetic risks for the disease, says Voight.

By Tristan Horrom is a writer-editor in VA Research Communications