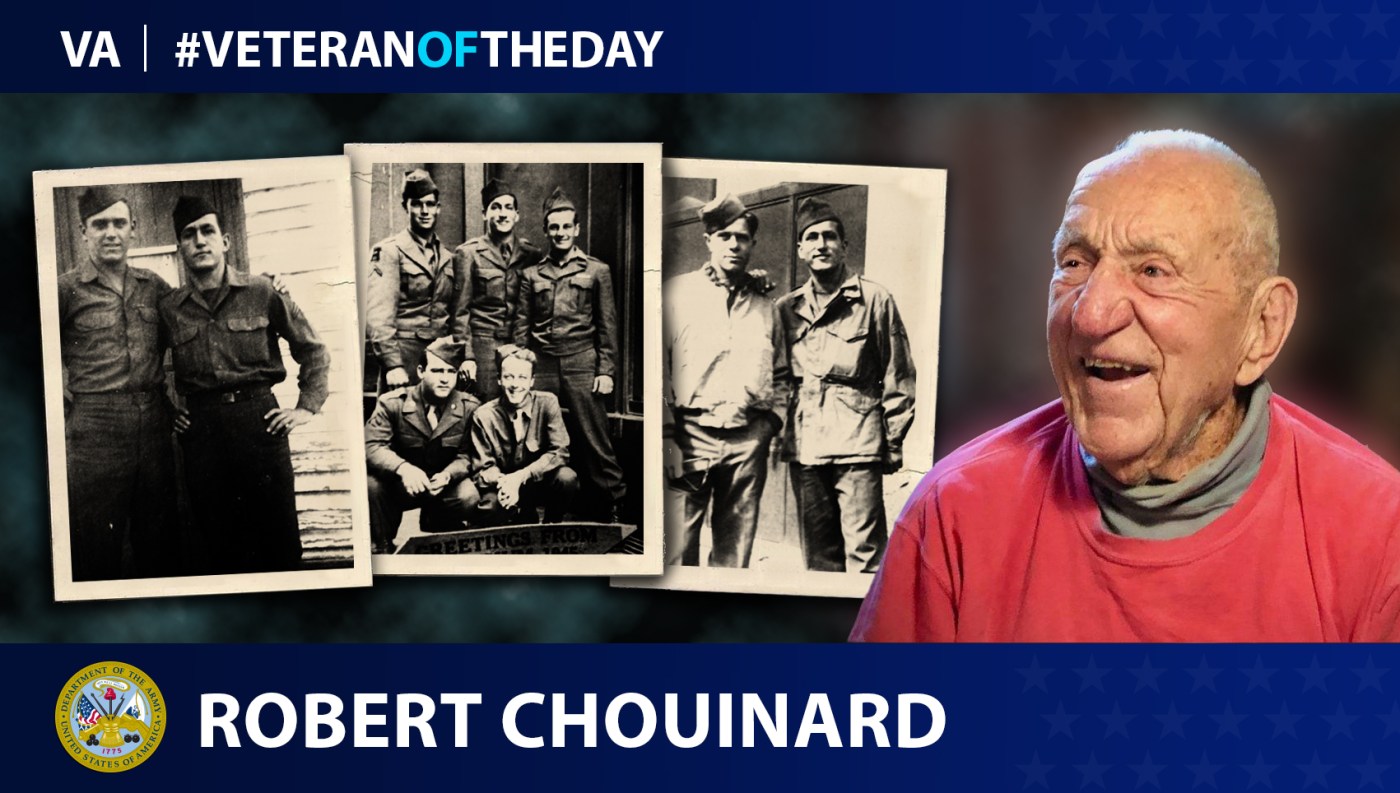 Robert “Boots” Chouinard was born in 1923. He enlisted in the Army in 1943, and a year later he was sent to Europe. He touched down in Omaha Beach in France five days after D-Day, before proceeding to Germany.

Chouinard’s unit, the 128th Anti-Aircraft Artillery Gun Battalion, were sent to the Rhine River to secure the Ludendorff Bridge at Remagen, a mission later chronicled in the movie “The Bridge at Remagen.” While thousands of American soldiers were crossing, they were tasked to shoot down German aircraft that were attempting to destroy the bridge. After successfully completing this task, they traveled south of the Rhine River, where they made another crossing in Oppenheim, Germany.

While he was near Oppenheim, Chouinard heard an announcement over a loudspeaker about a church service; he became one of a crew of seven that attended the Easter service. As they were walking into the packed church, armed and in uniform, they saw the Germans also in attendance turn in discomfort, saddened and overwhelmed with emotion. Chouinard was moved by the realization of them worshiping together while fighting a war. After the service ended, they quietly left and continued their journey.

Toward the end of the war, Chouinard and his fellow soldiers were in a field south of Munich, Germany. He noticed a farmhouse and decided to ask for fresh eggs. Meeting an American woman who married a German, he spoke with her and then later left with the eggs. When he returned the next morning, he was met by a German soldier and officer who were waiting for him. He was informed by the German officer that he wished to speak to an American officer. The German officer wanted to surrender, and not long after, a large mass of soldiers left the woods with their hands up. By not firing when first seeing the German soldier, the lives of over a 100 Germans and Americans were saved.

Now, Chouinard lives in Salisbury, Massachusetts, and writes stories for the Newburyport News. He plans to return to Germany to retrace his steps.