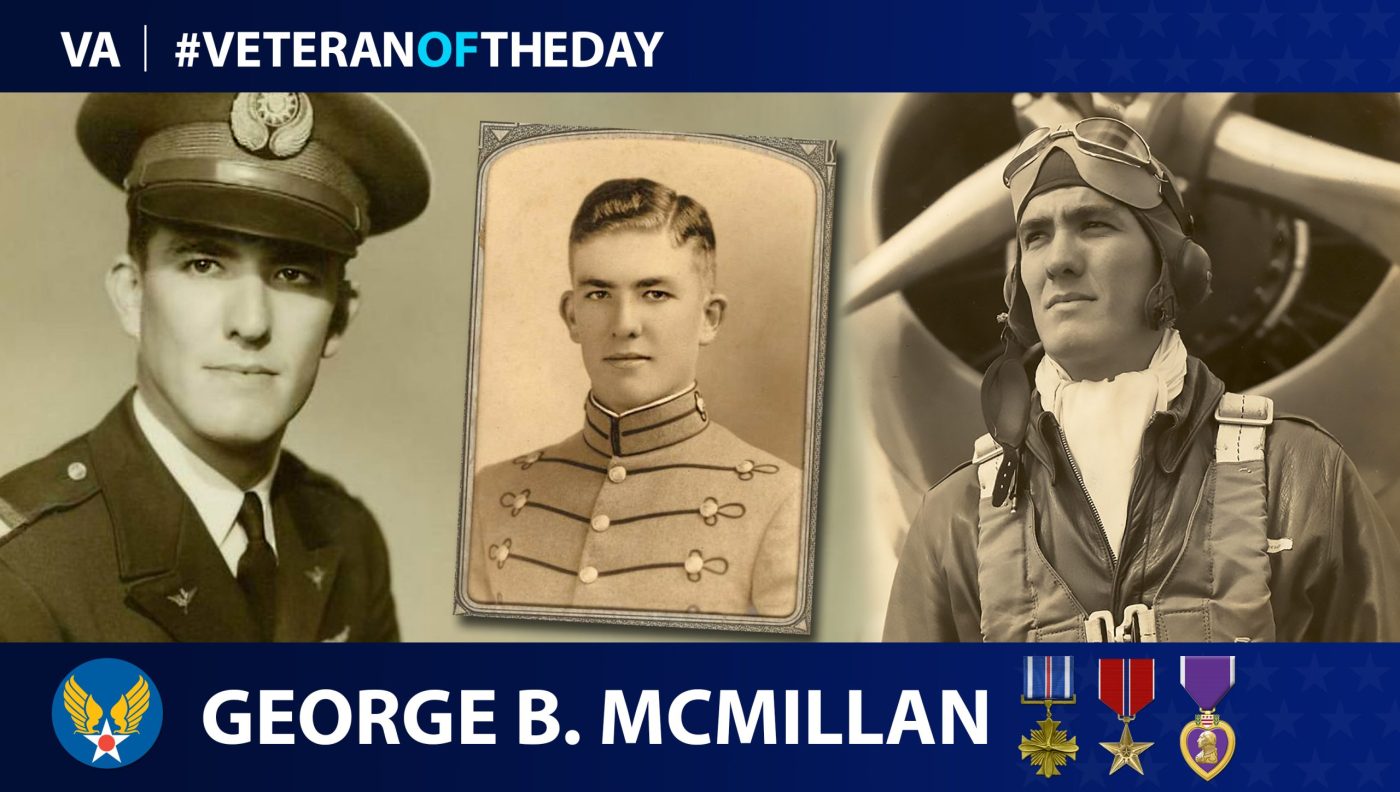 George B. McMillan was born in 1916 in Winter Garden, Florida. He was commissioned a second lieutenant in the Army Air Corps after graduating from The Citadel in 1938. He went on to earn his pilot’s wings in 1939 after graduating the Air Corps Advanced Flying School at Kelly Field, Texas. He later served as a fighter pilot with the 20th Pursuit Group, 55th Pursuit Squadron, at Moffett Field, California. This was followed by a station at Eglin Air Force Base, Florida, where he served with the 23rd Composite Group, 1st Pursuit Squadron.

While serving at Eglin Air Force Base, McMillan was given the opportunity to join the 1st American Volunteer Group (AVG), also known as the Flying Tigers. This was a group of air units formed to aid the Chinese Nationalist government during the Second Sino-Japanese War. After accepting this opportunity, McMillan resigned his commission in the Army to serve as a flight leader in the 3rd Pursuit Squadron in China. There, he flew a Curtiss P-40 Warhawk and scored four and a half aerial victories during his missions in China and Burma.

During an encounter on Christmas Day in 1941, McMillan faced intense enemy fire that damaged his plane and injured his shoulder and hand. Forced to crash-land, McMillan was miles away from the nearest village and only found help from local authorities after riding a horse for eight miles. He eventually made it to Mingaladon Airfield for medical aid.

Before returning to the U.S. in 1942, McMillan helped form the 23rd Fighter Group and then left China in July after the 1st AVG was disbanded. He recommissioned into the Army Air Forces as a major and visited his family before returning to China in 1943, where he briefly served in a Chinese-American Composite Wing and the 51st Fighter Group. McMillan also received command of the 449th Fighter Squadron during the fall of 1943. Flying a Lockheed P-38 Lightning, McMillan achieved four additional aerial victories during his missions with the 449th Fighter Squadron.

In April 1944, the Japanese launched the Ichigo Offensive to push into China.

During this time, McMillan took part in several missions against the Japanese forces. During the early summer of 1944, McMillan took part in a strafing mission near the city of Pingxiang. As he approached his target, McMillan encountered enemy fire that landed several critical hits against his P-38, which forced him to attempt a crash landing. However, before he could do so, his engine burst into flames, killing him.

During his service, McMillan achieved the rank of lieutenant colonel. His awards include a Distinguished Flying Cross, a Bronze Star and two Air Medals with Oak Leaf Clusters. He also received several foreign honors.

McMillan is buried in Arlington National Cemetery next to other members of the Flying Tigers.