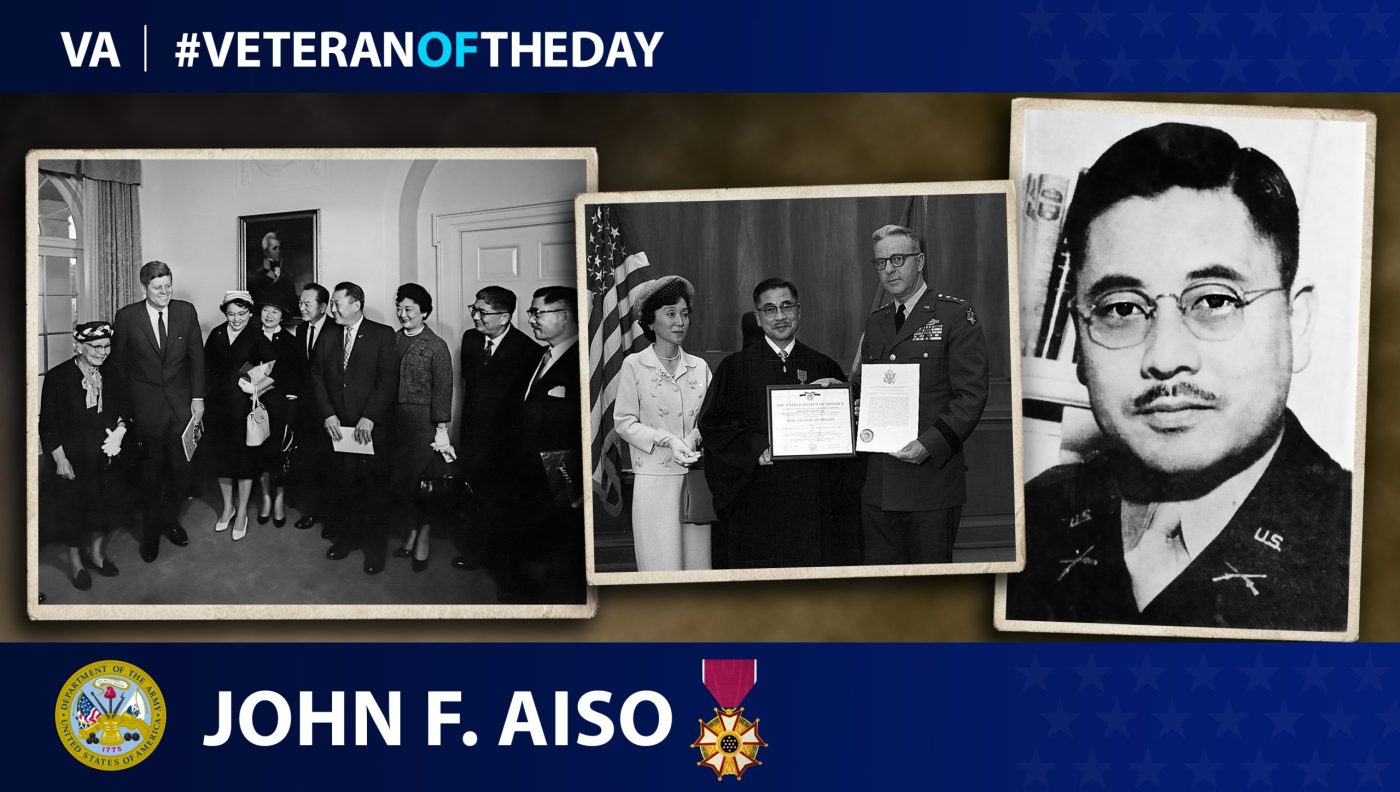 John Fujio Aiso was born in Burbank, California, in 1909 to Japanese American parents. After graduating from Hollywood High School in 1926, he traveled to Tokyo, Japan, to study Japanese at Seijo University. After 10 months in Japan, he returned to the United States and began an undergraduate education at Brown University. He graduated from Brown as valedictorian in 1931 and began law school at Harvard University the same year. He graduated from Harvard in 1934, passed the New York bar exam the following year and began working for a law firm in New York City.

Aiso was conscripted into the United States Army in 1941, where his Japanese language proficiency led to his work as a Japanese language instructor in the Military Intelligence Division at Crissy Field in San Francisco. He was soon promoted to be the Director of Academic Training at the Military Intelligence Service Language School at Fort Snelling in Minnesota. He served in this position throughout World War II, and the school had 6,000 linguist graduates during Aiso’s time as director. The language school where Aiso worked is now known as the Defense Language Institute Foreign Language Center.

Aiso was relieved from active duty with the U.S. Army in 1947 at the rank of lieutenant colonel, being the highest ranking Japanese American soldier in the U.S. Army during World War II. He retired from the U.S. Army Reserve at the rank of colonel in 1965. Aiso then returned to Los Angeles and pursued a legal career, becoming a Los Angeles Municipal Court judge, then being appointed to the Los Angeles Superior Court. In 1968, Aiso moved from this position to the California Court of Appeal, Second Appellate District, where he served until 1972.

Aiso was the first Japanese American judge in the continental United States. In 1965, he received a Legion of Merit for his work as an instructor during World War II. For his contributions to Japanese-American relations, the Emperor of Japan awarded him the Order of the Rising Sun, 3rd Class in 1984. Aiso was posthumously inducted into the Military Intelligence Corp Hall of Fame in 1991. A library at the Defense Language Institute Foreign Language Center in Monterey, California, was named in his honor in 1988. In December 1987, Aiso died at the age of 87, due to injuries caused by an mugging attack.