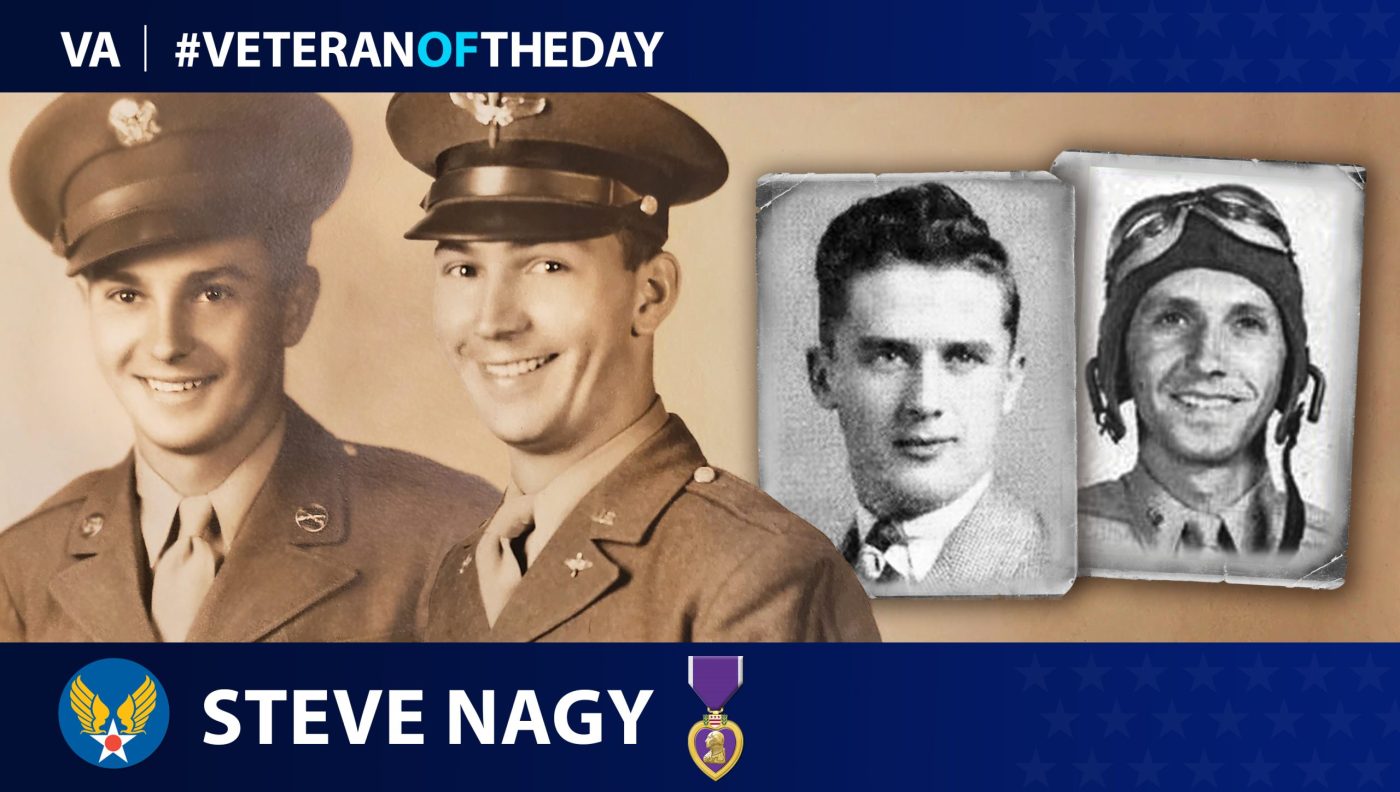 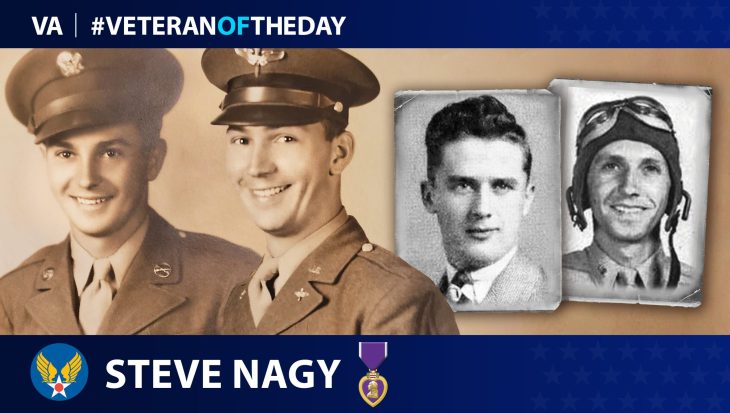 Steve Nagy was born in November 1920 in Lorain County, Ohio, to Michael and Lydia Nagy, and was one of five children. He attended Clearview High School in Lorain. He played football, ran track, and was also a member of the glee club and the library club. He graduated from high school in 1938. In November 1941, Nagy married Normalea Beatrice Albright and was employed as a metal worker before entering the military. He enlisted in the Army Air Forces in July 1942.

Nagy was a pilot who flew bomber aircraft for the 407th Bombardment Squadron, 92nd Bombardment Group. In August 1944, he was piloting a Boeing B-17G Flying Fortress bomber during a mission over Merseburg, Germany. He was reported missing in action (MIA) after his aircraft was shot down by anti-aircraft fire and German fighter planes and was among five of the aircraft’s crew who perished in the crash. The other four crewmen were captured by German forces. Nagy was 23 years old, and he received several posthumous medals, including an Air Medal, a Purple Heart and a United States Aviator Badge.

On Sept. 3, 2019, the Defense POW/MIA Accounting Agency identified Nagy’s remains using DNA and returned his remains to Ohio from Germany. He was buried in Lorain, Ohio, with full military honors on Sept. 24 that year. His nephew, Rich Nagy, received the ceremonial U.S. flag that covered his casket.