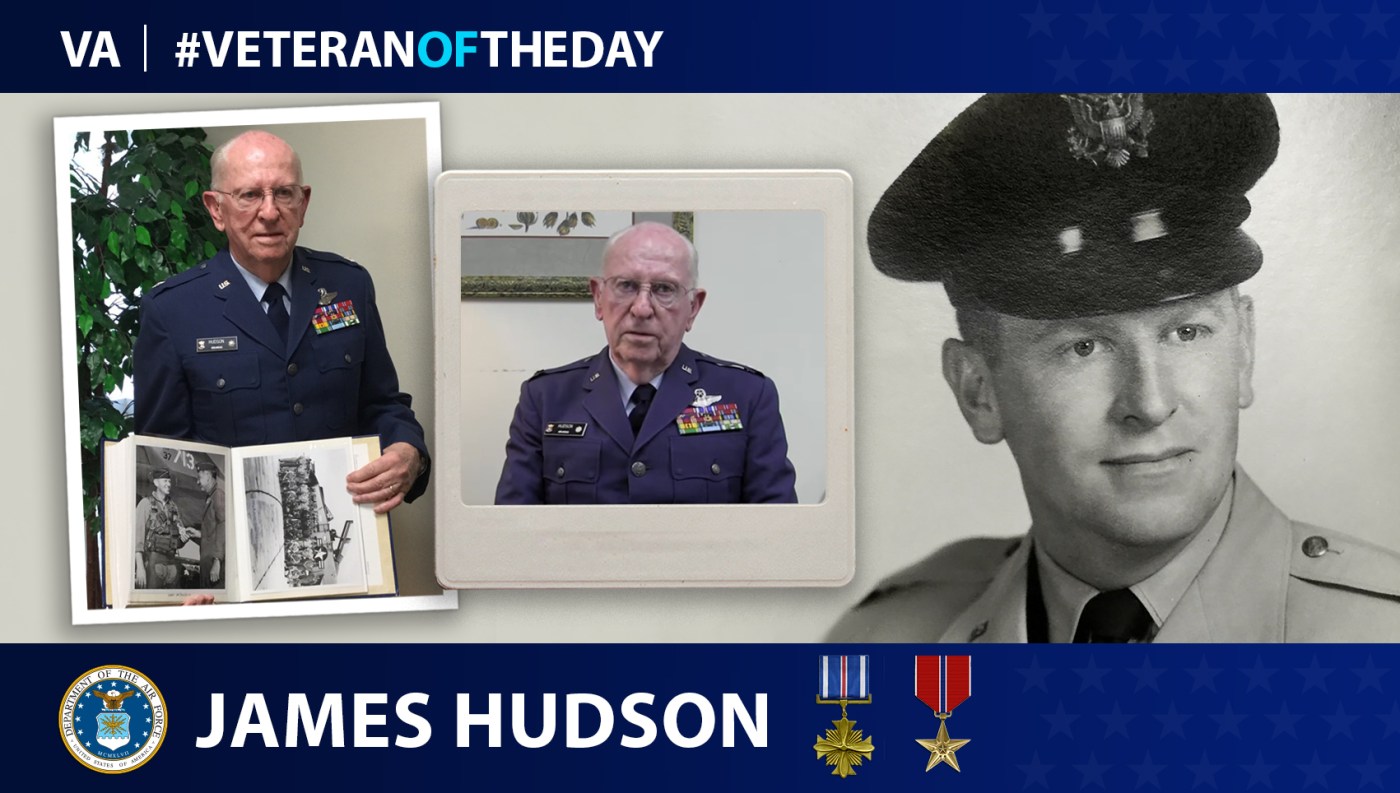 Today’s #VeteranOfTheDay is Air Force Veteran James Hudson, who served as a navigator during the Vietnam War.

Hudson believed the military was in his future. He decided to start researching different military programs and felt particularly drawn to the Air Force and its Aviation Cadet Program for pilots and observers.

However, Hudson didn’t have the two years of college required to join the Aviation Cadet Program, so he took a series of qualifying tests to join the program. He enlisted into the program in 1953 and went to Lackland Air Force Base in Texas for pre-flight training. Next, he was sent to Harlingen Air Force Base, where he learned baseline navigational skills.

Hudson reflected on his time at Harlingen Air Force Base in his interview for the Veterans History Project: “The training I got… turned out to be my foundation for my career.”

After completing the nine-month program at Harlingen Air Force Base, Hudson began radar observer training. He was sent to James Connelly Air Force Base and, after five months, earned his commissioned wings at age 20.

Hudson’s first assignment was to Otis Air Force Base in Massachusetts, where he flew weapons testing missions. He was then sent to Northern Air Command in Newfoundland, Canada, for two years as an instructor and test pilot. He also deployed to Bitburg Air Base in Germany as a flight instructor and Tyndall Air Base in Florida as an academic instructor.

When the Vietnam War began, Hudson deployed to Cam Ranh Air Base in Vietnam.

While he was deployed overseas, Hudson flew in 224 combat missions over Laos, North Vietnam and South Vietnam. He served as a senior controller and the assistant director of the tactical unit operations center.

After Vietnam, Hudson worked on reviewing aircraft proposals at Wright-Patterson Air Force Base in Ohio. During his time at there, he approved the proposal for the F-15 aircraft, which is still part of the United States Air Force arsenal today.

Hudson retired from service in 1973 and returned to his home in Arkansas. During his service, he received a Distinguished Flying Cross and a Bronze Star. He achieved the rank of lieutenant colonel.