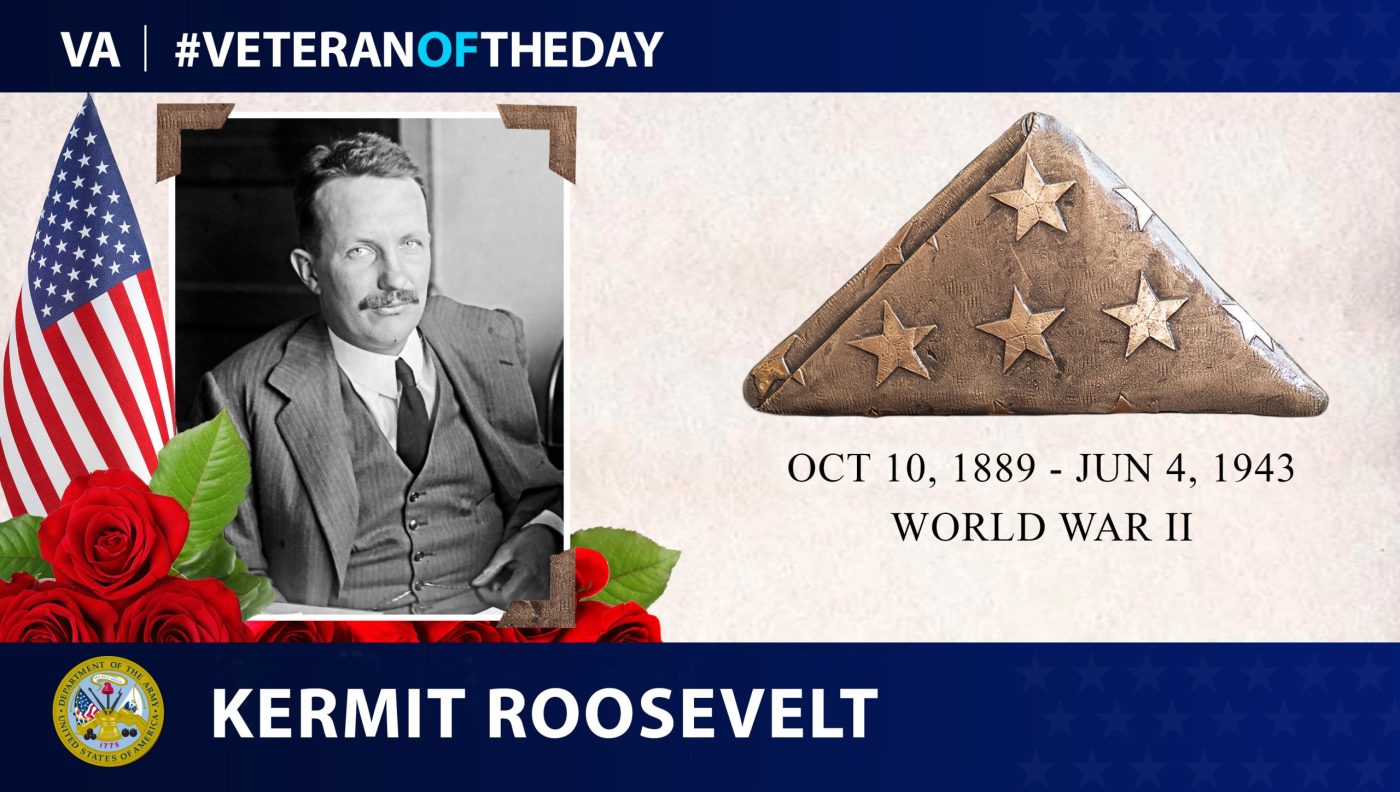 Kermit Roosevelt Sr. was born in October 1889 in the Roosevelt House of Sagamore Hill in Oyster Bay, New York. As a child, he devoted most of his time to reading and writing. After graduating from the prestigious Groton School, he enrolled at Harvard in 1909. During his freshman year, he left with his father on a yearlong expedition through Africa. After he graduated from Harvard in 1912, he set out on another expedition with his father to Brazil to chart the Rio da Dúvida (River of Doubt), which was renamed to Rio Roosevelt in his father’s honor, while a river branch was named Rio Kermit in honor of him. The younger Roosevelt wrote about his experiences during the Brazilian expedition in one of his most popular books “Through the Brazilian Wilderness”. After the expedition, he married Belle Wyatt Willard, the daughter of the U.S. Ambassador to Spain, in 1914.

On August 22, 1917, Roosevelt was given the role of honorary captain in the British Army, where he was transferred to the Mesopotamian theatre (modern day Iraq) in the 14th Light Armored Motor Battery for the Machine Gun Corps. On April 28, 1918, he relinquished his post in the British Army and transferred to the American Expeditionary Force in France. On May 12, 1918, he was commissioned as a captain for Battery C, 7th Artillery of the 1st Division, where he fought in the Meuse-Argonne Offensive, one of the last offensives of the war. He then returned to the United States on March 25, 1919, and was discharged two days later.

After the war, Roosevelt founded the Roosevelt Steamship Company and the United States Lines. He played a critical role in the development of the United States Merchant Marines. He also wrote about his experiences at World War I in a book called “War in the Garden of Eden” in 1920. When World War II broke out, Roosevelt, now 50, negotiated to be commissioned as a major in the Middlesex Regiment with the help of his friend Winston Churchill. He participated in a raid in occupied Norway in 1940, where he was wounded in the Battle of Narvik. After recovering, he was sent to Egypt, where he saw little action. By May 5, 1941, he returned to Britain to resign due to health concerns. He was commissioned by President Franklin Roosevelt as a major in the United States Army and sent to Fort Richardson in Alaska, where he worked as an intelligence officer and helped establish local native militias to help ward off Japanese attacks on the Aleutian Islands. Roosevelt, who for so long battled against alcoholism and depression, was found dead in his room in Fort Richardson on June 4, 1943, from a self-inflicted gunshot wound to the head.

During his time in both World Wars, Roosevelt received several medals, including a World War I Victory Medal, a British Military Cross and an American Defense Service Medal.