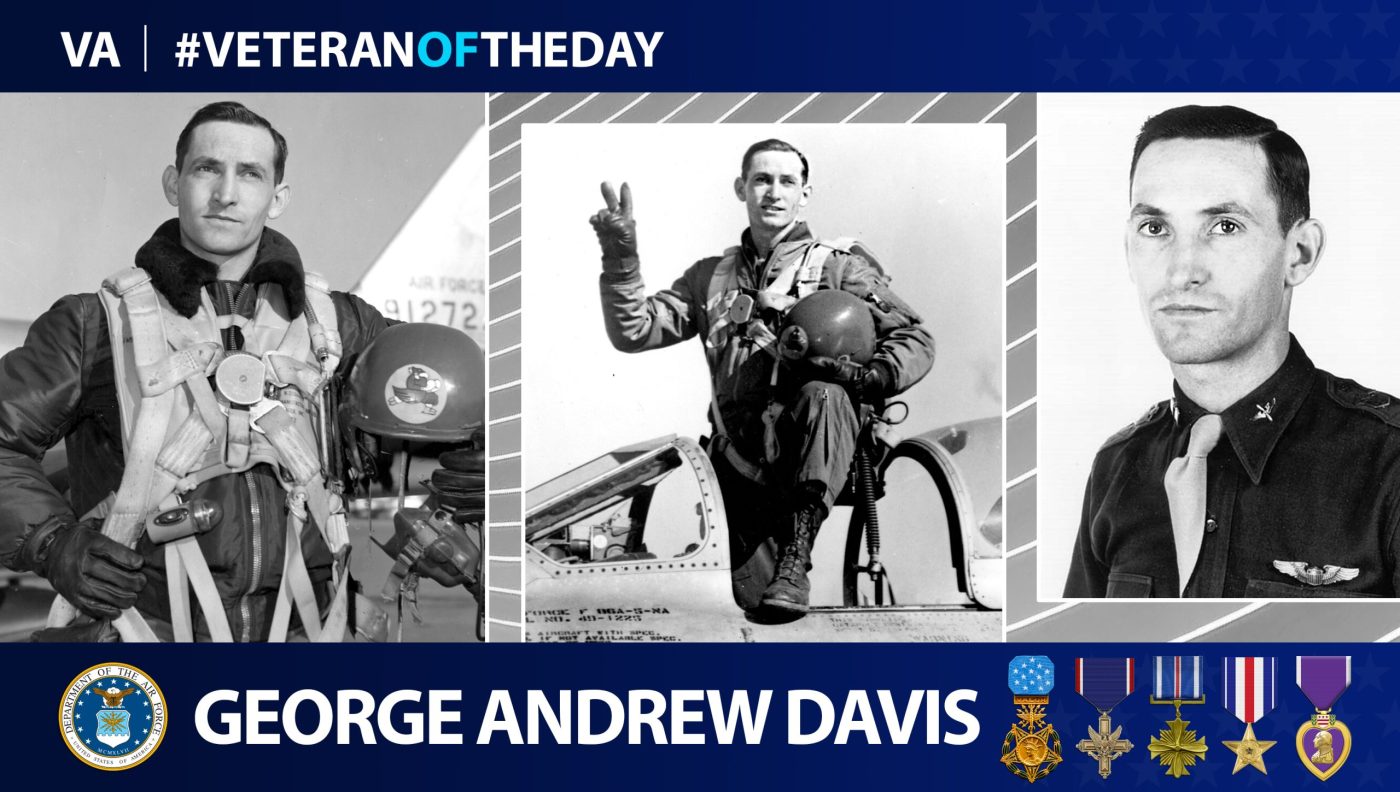 George Andrew Davis was born in Dublin, Texas, in December 1920. Shortly after graduating from Morton High School in Arkansas, he enlisted into the Army Air Corps in March 1942. He was an aviation cadet before completing flight training, then went to Lake Charles, Louisiana, to complete fighter pilot training, according to a Texas State Historical Association article.

Davis was sent to the Pacific Theater of World War II and made a name for himself flying a P-47 Thunderbolt. According to a Department of Defense story, he shot down seven enemy aircraft, earning himself the title of “ace.” He completed 266 combat missions in the Pacific by the end of the war.

After World War II, Davis joined the newly independent Air Force branch. He served as an air inspector as well as a flight commander at several bases, and was promoted to the rank of major in early 1951. A few months later, he returned to the Pacific to support the war in Korea.

Davis flew 60 missions in Korea, and on Feb. 10, 1952, he flew his last. According to his Medal of Honor Citation, he was leading a squadron on an aerial patrol mission near Manchuria. He observed an enemy group of MIG-15 planes heading toward a group of American fighter bombers who were conducting a mission against Communist communications. Davis and his team shifted their positions to attack the enemy squad, which outnumbered them 12 to three. He successfully shot down two enemy planes while taking heavy fire, and while trying to destroy a third, he was shot down and crashed near the Yalu River. His defense of the friendly fighter bombers allowed them to complete their mission.

Davis was posthumously promoted to lieutenant colonel in 1953 and received a Medal of Honor in a ceremony at Reese Air Force Base in Texas in May 1954. He had a decorated career, receiving over the course of two wars four Distinguished Flying Crosses, three Silver Stars, and a Distinguished Service Cross. He was one of the few pilots to achieve “ace” status in two different wars.