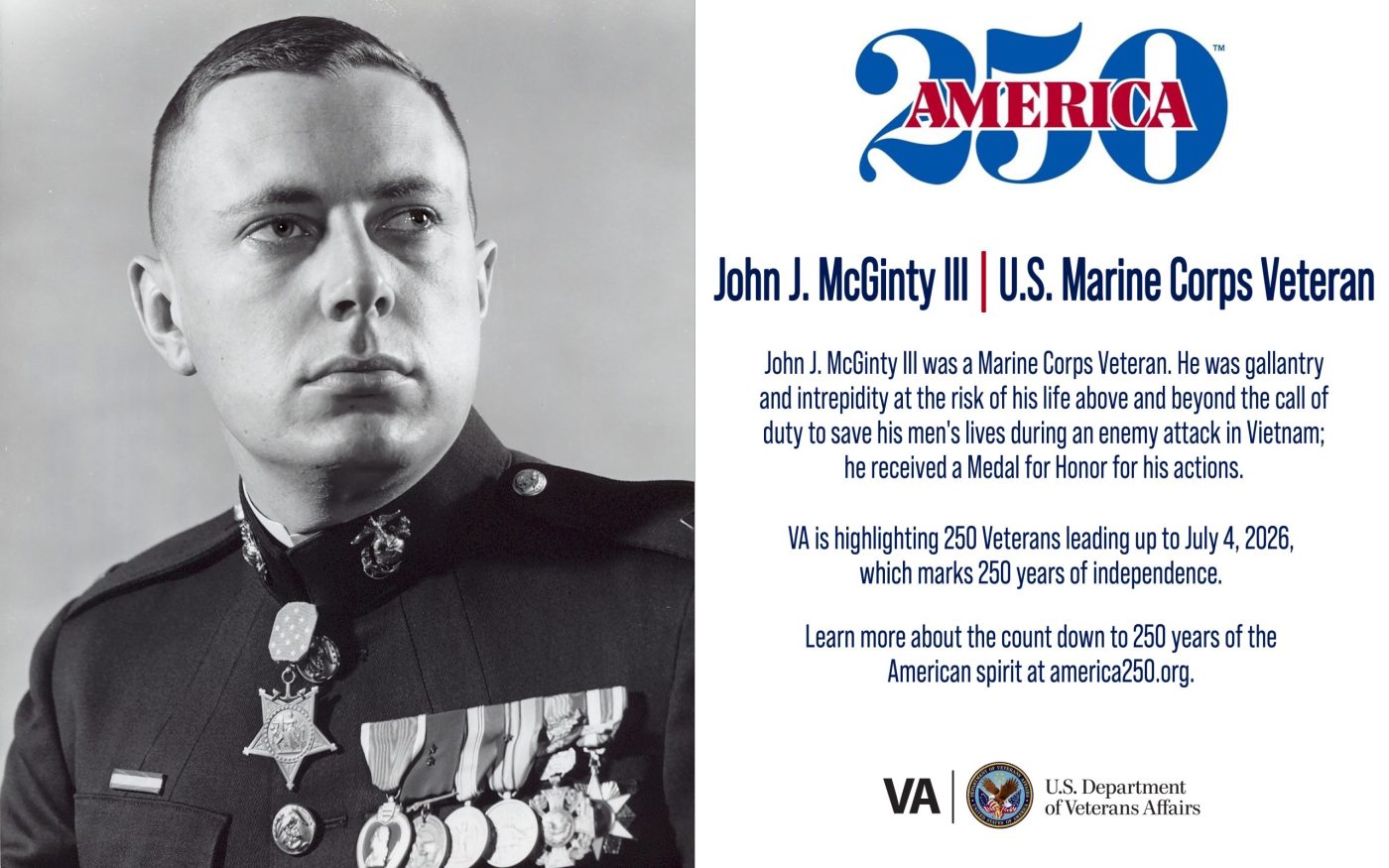 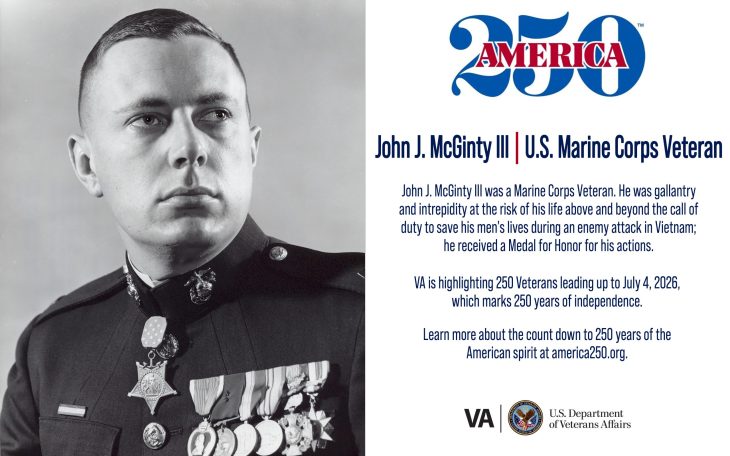 This week’s America250 salute is Marine Corps Veteran John McGinty III, who received a Medal of Honor for his actions in Vietnam.

John McGinty III was born in Boston in 1940. He joined the Marine Corps Reserve in 1957 at the age of 17. A year later, he went on active duty. He served stateside for a few years, including as a drill instructor on Parris Island in 1962, before volunteering to deploy to Vietnam in 1966.

During a battle with the North Vietnamese regime overseas in the Quang Tri province, McGinty suffered an injury to his left eye while attending to his wounded men. They had been in combat for three days leading up to this encounter. In the midst of the attack, McGinty noticed that two squads of Marines had become separated.

Staring down heavy enemy gunfire, he quickly maneuvered, risking his own life, to connect with the separated security detail. Upon arrival, he found that more than half of them were wounded and that one had been killed. He reloaded weapons for those who sustained injuries, attended to the disabled and prevented the North Vietnamese from flanking them, fending off five enemy soldiers with point-blank pistol shots, according to the citation he received for the Medal of Honor. McGinty then helped ward off the enemy with indirect fire at danger close positioning. After the smoke cleared, it was estimated that there were 500 enemy bodies left behind. For these actions, he was awarded a Medal of Honor in 1968.

“He did what any Marine Sergeant would have done in that situation,” his son, Michael said in an article for The New York Times.

After McGinty returned stateside, he served as a drill instructor for a second time on Parris Island. Later that same year, he became an officer, with the rank of second lieutenant. He eventually lost his eye as a result of the combat wounds and left service as a Captain.

McGinty joined VA after 19 years of service in the Marine Corps. He died from cancer in 2014, and is survived by his two sons, Michael and John (IV).