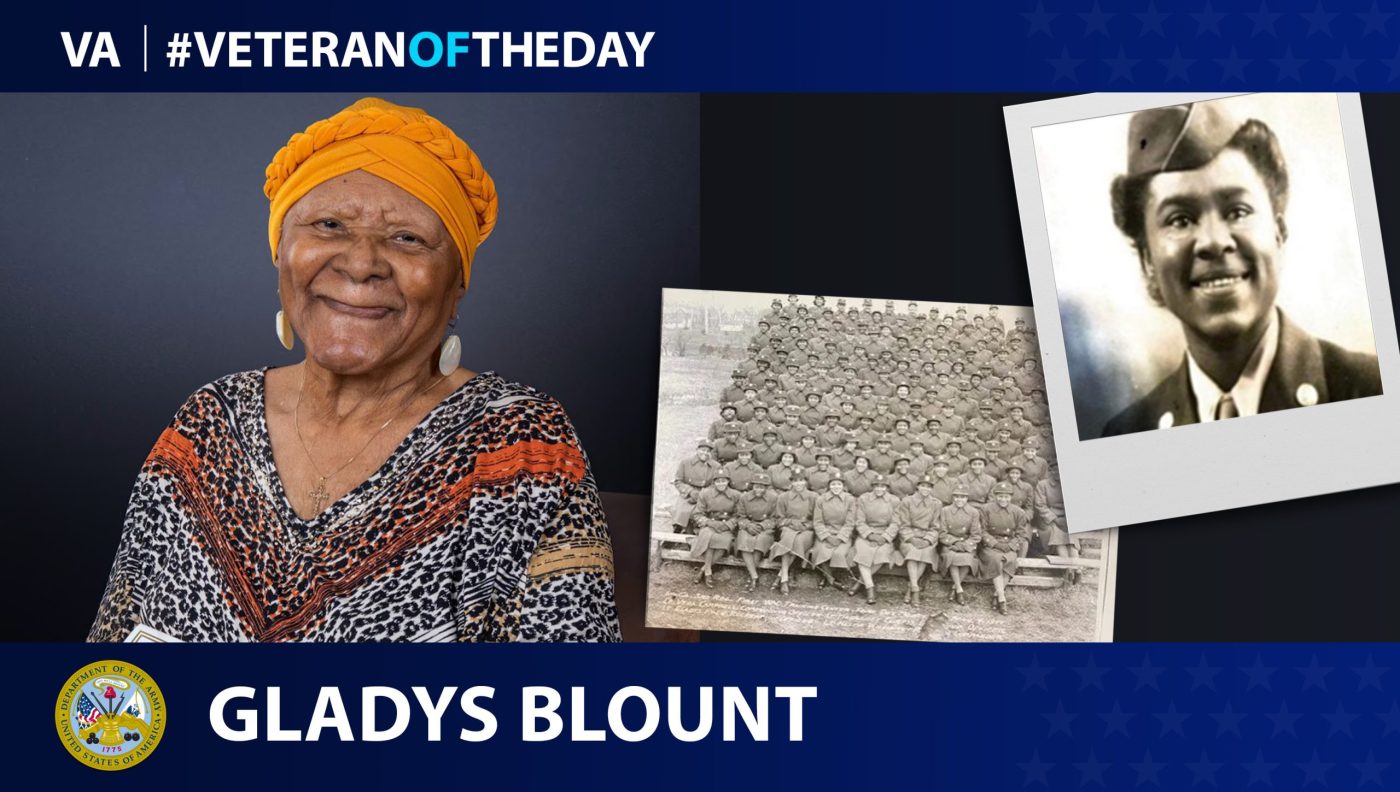 World War II Army Veteran Gladys Blount grew up in East Orange, New Jersey, working as a beautician. However, due to a combination of restlessness and a desire to travel the world, she enlisted in the Army. She completed basic training in Des Moines, Iowa, and was assigned to Fort Benning in Georgia, where she joined the 6888th Central Postal Directory Battalion, a unit of African American women who worked to deliver backlogged mail to American troops in Europe.

Not only did American troops regularly move locations, but much of the mail was improperly addressed, making it nearly impossible to deliver. Additionally, many names were naturally quite common, further complicating the problem. As postal officers were unable to identify intended recipients, the delivered mail continued to pile up. Without receiving any letters or gifts from home, the morale of American troops began to plummet.

Hoping to address the problem and boost morale, the War Department authorized the creation of the 6888th Battalion in November 1944. About 855 women enlisted and were trained in Fort Oglethorpe, Georgia, before sailing overseas. They arrived in Birmingham, England, in February 1945, and quickly got to work tackling a six-month backlog of mail stuffed floor to ceiling in dark, unheated warehouses.

The women of the 6888th Battalion worked seven days a week in three eight-hour shifts, sorting through an average of 65,000 pieces of mail per shift. Looking for context clues, they worked to identify which of the nearly seven million soldiers for each piece of mail was addressed to. The women sorted through the backlog in only three months, motivating themselves with the motto “No mail, low morale.”

Blount sailed with the rest of the 6888th Battalion to Rouen, France, in June 1945, where they sorted through another backlog of mail alongside French civilians and German prisoners of war. Some of the mail they delivered had been sent up to three years earlier. In October 1945, the women moved one last time to Paris, France. They returned home in February 1946, and the unit was disbanded. Moving back to New Jersey, Blount raised her two children.

Because of both racial and gender discrimination in America during this time, the women of the 6888th Battalion weren’t honored when they came home. Despite their extraordinary impact, their service went mostly unrecognized. In February 2009, however, the women were honored at the Women in Military Service for America Memorial at Arlington National Cemetery, where three Veterans in attendance received certificates and letters of appreciation. Then, on March 14, 2022, President Biden signed into law Congressional Bill H.R. 1012, awarding the Congressional Gold Medal to all members of the 6888th Battalion in retrospective gratitude for their service.

Blount was personally honored by Mayor Ted R. Green of East Orange, New Jersey, who presented her with the Green Medal of Honor, a new award bestowed upon citizens who have made notable global achievements, and a key to the city. Blount celebrated her 100th birthday this June.