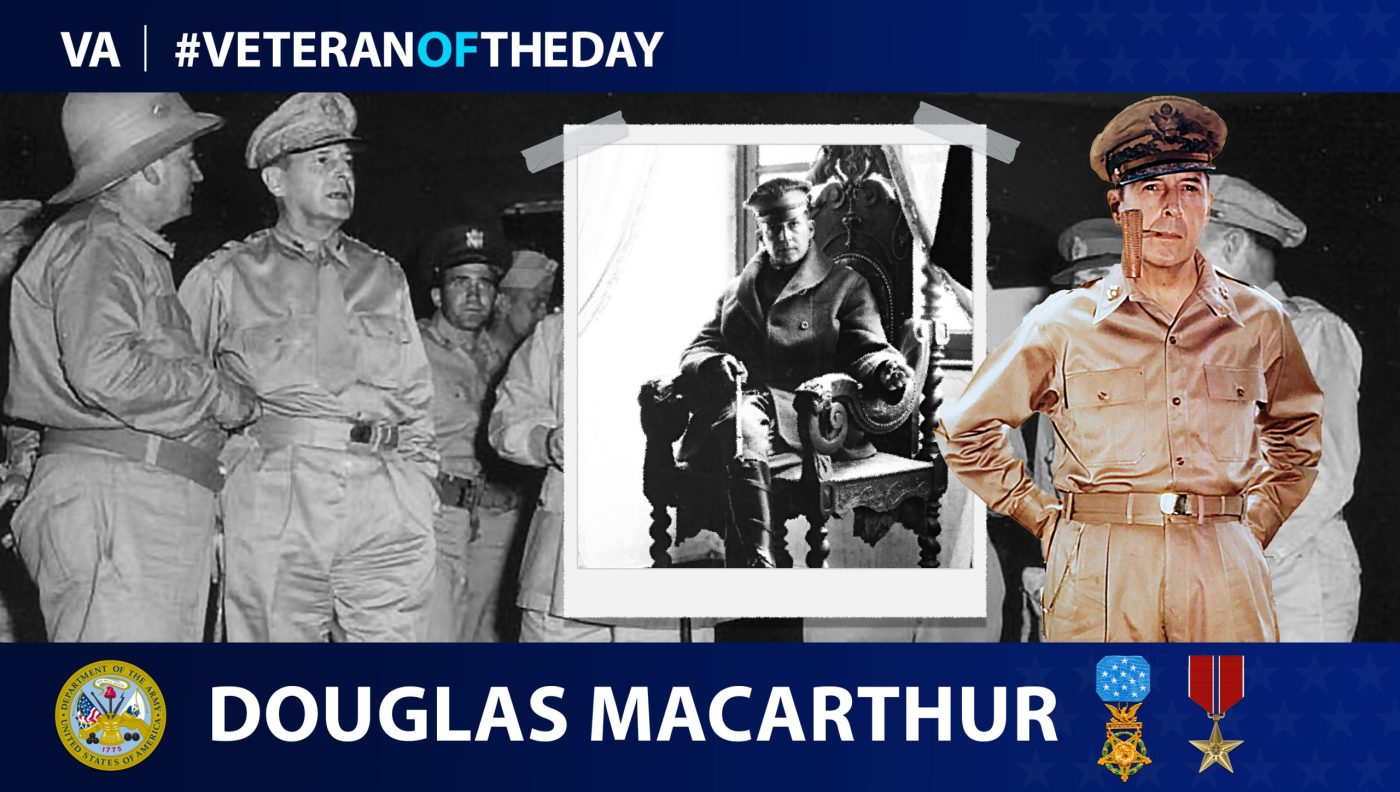 Douglas MacArthur was born in January 1880 on an Army base in Little Rock, Arkansas. His father was Army Captain Arthur MacArthur, and he was a strong military influence on him. The younger MacArthur was a cadet at the U.S. Military Academy at West Point from 1899 to 1903. He played baseball and acted as the manager of the West Point Football Team. He graduated at the top of his class and would later serve as superintendent of West Point from 1919 to 1922.

In 1903, MacArthur was commissioned as second lieutenant in the Army Corps of Engineers and deployed to Army posts all over the world, leading a life of consistent promotions and recognition. He served in the Philippines, where he was subsequently promoted to first lieutenant by April 1904. As an engineer officer, he aided the commander of the Pacific Division from 1904 to 1906 and went on to be an aide to President Theodore Roosevelt from 1906 to 1908. In the years leading up to World War I, MacArthur was promoted several times. He participated in the Vera Cruz Expedition in 1914 and was the colonel of the 42nd “Rainbow” Division in France by 1917. His strong leadership and abilities led to his promotion to brigadier general.

During the 1920s, MacArthur was the youngest person promoted to major general. By 1930, he had risen to chief of staff of the Army with the rank of general under President Herbert Hoover. In 1935, Major General MacArthur became military advisor to the Philippines government, a position he continued even after retiring in 1937. He also married Jean Marie Faircloth in 1937 and had one son, Arthur MacArthur IV.

MacArthur was called out of retirement into active duty in 1941 and later received a Medal of Honor for his efforts in the defense of the Philippines. The Japanese invaded the Philippines and his forces had retreated, later receiving orders from President Franklin Roosevelt to flee to Australia. MacArthur promised he would return, and he did in 1944 as the Supreme Commander of Allied Forces in the Southwest Pacific. He was promoted to the rank of general of the Army in December 1944, commanding all Army forces in the Pacific. He accepted Japan’s surrender in 1945. He is only one of five individuals to hold the rank of five-star General of the Army, which was conferred in 1944 and made permanent in 1946.

After serving in World War II, MacArthur spent the next few years demilitarizing Japan while overseeing its political and economic reform. He then commanded the United Nations forces during the Korean War in 1950. In 1951, President Harry Truman relieved him of his command and brought him home, where he was received as a hero. He moved to New York with his wife, where he spent his later years writing about his life. He published a memoir titled “Reminiscences.” He continued to give occasional military advice during his retirement to Presidents Dwight D. Eisenhower, John F. Kennedy and Lyndon B. Johnson.

MacArthur gave a farewell speech to the Corps of Cadets at West Point in 1962, in which he spoke of “Duty, honor, country.” He died on April 5, 1964, at the age of 84. He is buried in the Douglas MacArthur Memorial in Norfolk, Virginia where there is a museum dedicated to his service.