Veterans Affairs’ Fort Rosecrans National Cemetery one of the most scenic 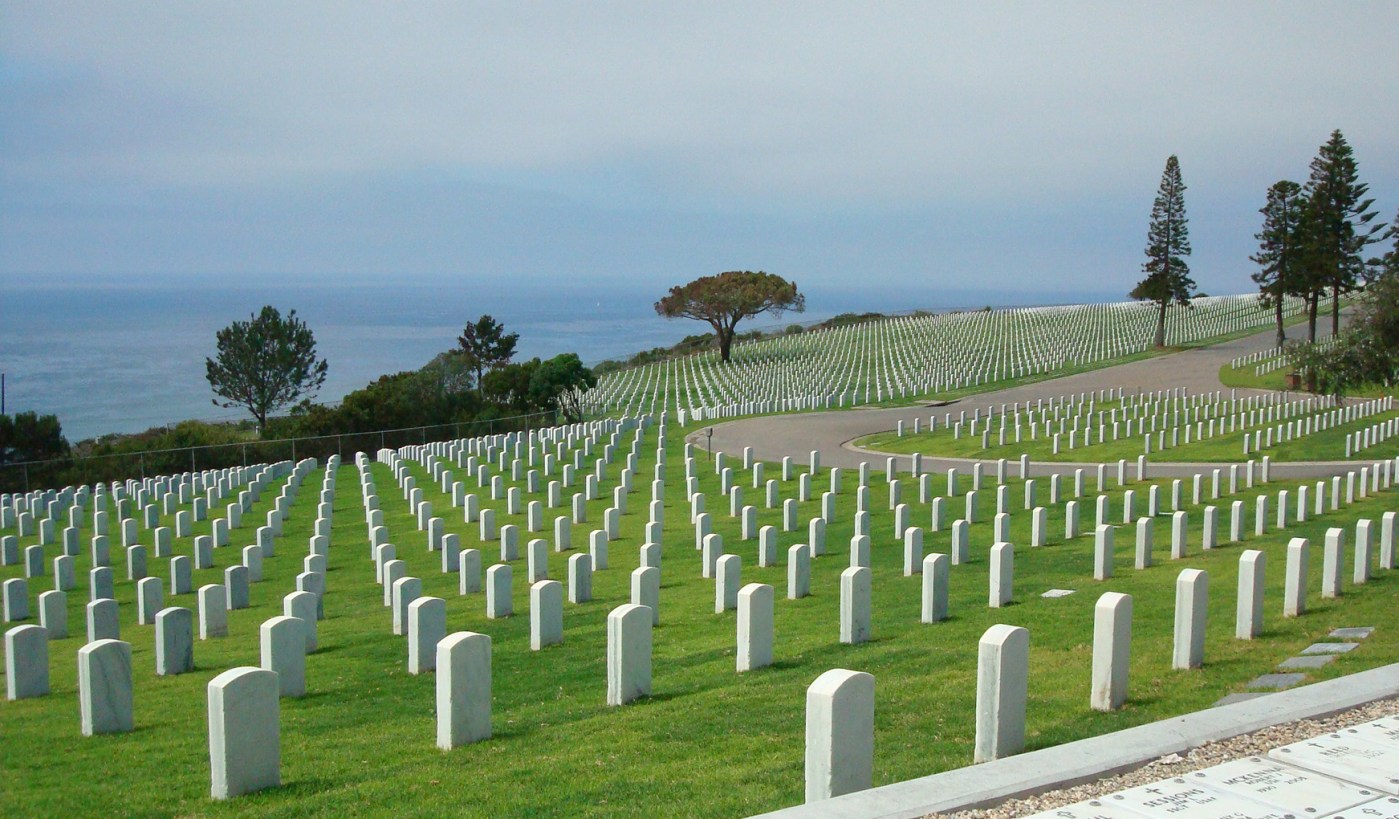 Fort Rosecrans National Cemetery was recently listed as one of the most beautiful cemeteries in the world in an article appearing in both Smithsonian Magazine and Travel and Leisure.

Situated in San Diego County on the Fort Rosecrans Military reservation, the cemetery is located approximately 10 miles west of San Diego, overlooking the bay and the city. It became a National Cemetery on Oct. 5, 1934. The decision to make the post cemetery part of the national system came, in part, due to changes in legislation that greatly increased the number of persons eligible for burial in a national cemetery. Grave space in San Francisco National Cemetery then grew increasingly limited. In addition, southern California was experiencing a phenomenal population growth during this period, and there was a definitive need for more burial sites.

Many Fort Rosecrans interments date to the early years of the California Territory, including the remains of the casualties of the battle of San Pasqual. In 1922, the San Diego chapter of the Native Sons and Daughters of the Golden West had a large boulder brought from that battlefield and placed at the grave site with a plaque affixed that lists the names of the fallen.

Another monument commemorates the deaths of 62 sailors in a boiler explosion aboard the USS Bennington. The Bennington, which had just returned from maneuvers in the Pacific, was anchored in San Diego Harbor. On July 21, 1905, the crew was ordered to depart in search for the USS Wyoming, which had lost a propeller at sea. At approximately 10:30 a.m., an explosion in the boiler room ripped through the ship, killing and wounding the majority of the crew. Two days later the remains of soldiers and sailors were brought to the post cemetery and interred in an area known as Bennington Plot.

Other monuments and memorials include:

The granite and bronze USS Wasp CV-7 memorial commemorates the loss of fellow shipmates during Battle of Guadalcanal on Sept. 15, 1942.

The USS Bennington monument is a tall granite obelisk dedicated to the men who lost their lives on that ship in San Diego Harbor on July 21, 1905. The monument was dedicated on Jan. 7, 1908.

The Ommaney Bay CVE-79 monument is an etched granite memorial to the men lost in action when the ship was bombed in January 1945.

The granite Taffy 3 monument was dedicated on Oct. 24, 1996, in memory of the men who died during the 1944 Battle of Leyte Gulf (Philippines) and in subsequent battles of the Pacific.

A monument dedicated to the Mormon Battalion was erected in 1998.

The Blue Star Memorial Marker was donated by the Point Loma Garden Club of California and dedicated on June 24, 2010. The marker is a tribute to American men and women who have served, are serving, or will serve their country. Its symbolism dates to World War II when families of servicemen and women displayed a square flag decorated with a blue star in their windows to signify that a loved one was in the armed forces.

Those interred at Rosecrans National Cemetery include 23 Medal of Honor Recipients and other notables including Thomas S. Crow, the fourth Master Chief Petty Officer of the Navy and the highest ranking enlisted man. Crow joined the Navy in 1953 and trained as an aviation structural mechanic. He would later work in human relations serving as a race relations specialist and as a manager of a drug and alcohol program. During his tenure he was instrumental in the creation of the Navy’s Senior Enlisted Academy.

Lt. Gen. Victor H. “Brute” Krulak, USMC, (Ret.), served as commanding general of Fleet Marine Force Pacific during the early years of the Vietnam War. Prior Krulak had served in both the Korean War and World War II. During the later, as a lieutenant colonel, he led a battalion in a diversionary raid to cover the invasion of Bougainville. He was wounded during action but refused to be evacuated; for his bravery, he was awarded the Navy Cross. Earlier in 1937, while stationed in Shanghai, he witnessed a Japanese assault against Chinese forces at the mouth of the Yangtze River in landing craft equipped with a square bow that became a retractable ramp for dispatching troops and equipment. Though he sent photos back to the United States, his report was initially ignored. Later, he consulted with New Orleans boat builder Andrew Higgins on what would become the landing craft used during the invasions of Normandy, Okinawa and Iwo Jima. He retired from the Marine Corps in 1968 and went to work as an executive and columnist for Copley newspapers. In 1984, Krulak penned First to Fight: An Inside View of the U.S. Marine Corps, which is considered the definitive book on the history and culture of the Marine Corps.