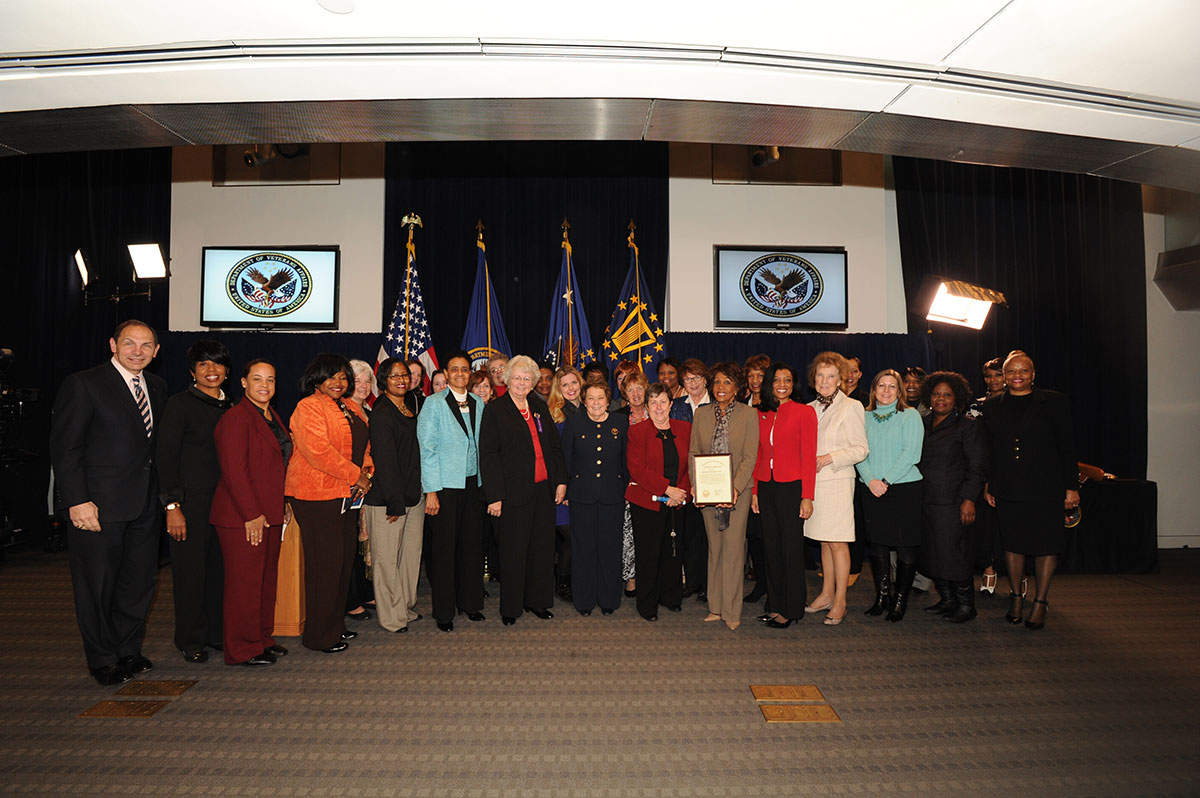 The VA’s Center for Women Veterans celebrated its 20th anniversary today at the Department of Veterans Affairs headquarters in Washington, D.C.

“Our Nation has 359,000 women serving right now – about 16 percent of the Active, Guard, and Reserve force,” said VA Secretary Bob McDonald during the ceremony. “Women Veterans represent 10.5 percent of all Veterans in the United States. They have earned the title of Veteran and we’re proud to honor them all.”

VA’s Center for Women Veterans team is led by women Veterans, who understand the needs of Veterans and are working day in, and day out, on their behalf.

“Those estimates mean we have a lot of work to do,” McDonald said. “We have to ensure VA serves all Veterans in the way they want and need to be served – so every Veteran can call it MyVA. “