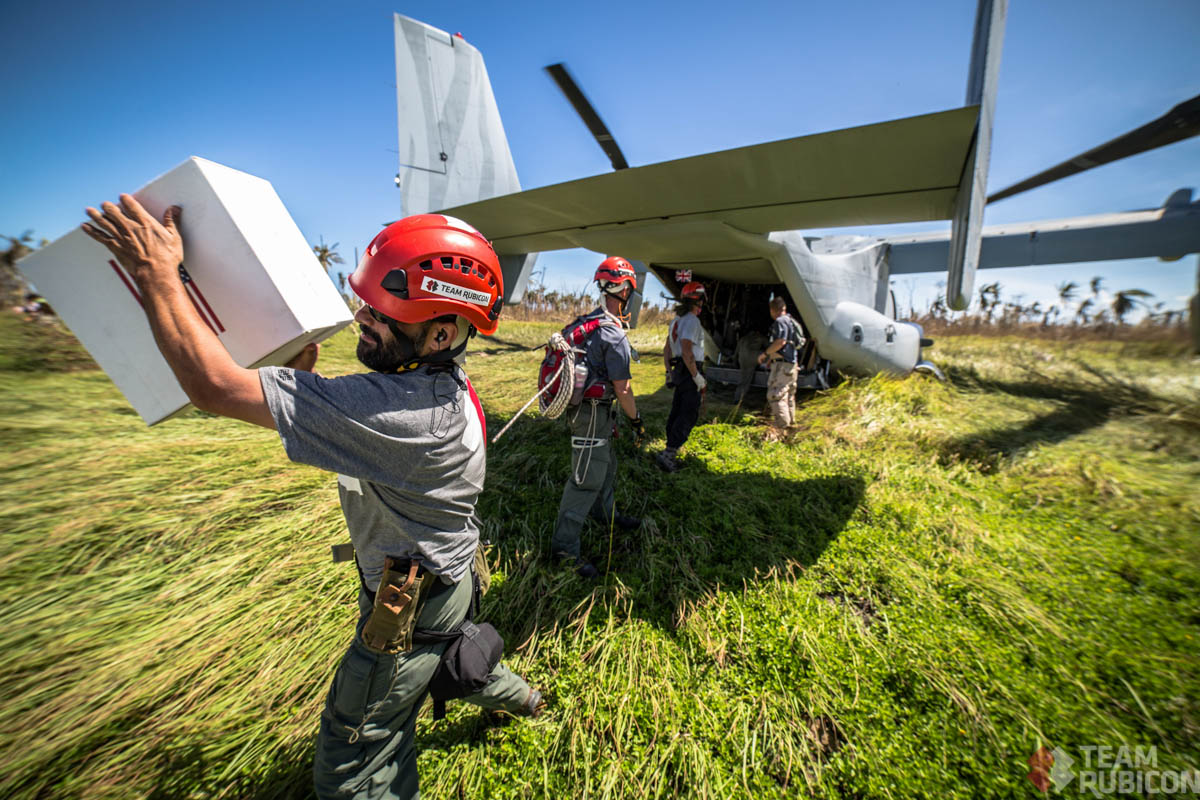 When someone asks you why you joined the military, what do you tell them? I know my answer changes depending on my audience. If I think the person is interested, I give them the long answer of how I grew up in a military family, and although I couldn’t place my finger on what exactly drew me in, I knew the military provided me with the exact challenge I was looking for. Or, if I am at the classic networking event, I’ll give the same generic (but true) answer most of us give – I felt a sense of duty and I wanted an opportunity to serve my country or be apart of something bigger than myself.

These are all true answers, but as I grow older and allow myself an opportunity to reflect on why I really joined the military, it all points back to the people I knew I would be serving with. As Mother Teresa said, “Give, but give until it hurts.” And I knew that by joining the military, I would be surrounding myself with a population that truly believed in and lived out the meaning of this statement. So when I left the military, I struggled to find an environment I knew would provide the same commitment to helping others.

I was separated from the Marine Corps for almost three years when I found Team Rubicon and the organization drew me in for the same reasons most of our members decided to join the organization – we were all looking for a sense of purpose and community replicable to what we experienced in the service.

The big difference for me is that while a majority of our members were searching for ways to heal their wounds from war, I was looking for a place that would allow me to contribute to a mission I never had the opportunity to contribute to. You see, I never deployed and this fact affects me more than I like to admit.

I loved being a Marine and I loved my Marines, but I never received the opportunity to deploy. The one question I dread in a conversation that shifts towards my military service is, “Did you deploy?” Depending on the type of person who asks, they either say I was lucky enough to not have to experience some of the things my brothers and sisters did, while others say I missed out on a great opportunity to serve my country and learn more about myself. Personally, I feel the latter.

I separated from the Marine Corps in January 2011 and spent the next few years trying to find the same sense of purpose in my daily activities I felt for the four years of my active military career. I dabbled in the Reserves for a couple of years trying to replicate what I felt on active duty – I even volunteered to deploy a couple of times, but was unsuccessful due to the draw down.

When Typhoon Haiyan hit the Philippines, I was actually awaiting activation orders that would send me to Germany for a year. With no orders in hand and no idea of when they would come, I volunteered to help with Team Rubicon’s disaster relief efforts, and I was lucky enough to be selected as the fourth person on a logistics team sent to Manila.

When we landed in Manila, we hit the ground running. For the next 12 days, my team and I served as the check in point for all of our personnel traveling in and out of Tacloban and to and from the United States. We coordinated transportation, lodging, food, and other medical supplies our teams relied on in order to help the victims of the typhoon.

It was my ninth day in Manila when I sent an email to the man who was going to be my supervisor and turned down the orders I’d been expecting. Three months before going to Manila, I accepted the orders because I felt like they were a gateway to my opportunity to give back and do my part.

After sitting through a debrief from one of our teams just returning from Tacloban, I realized I’d found my purpose. The fact that I never deployed overseas will continue to affect me more than I care to talk about, but rather than focusing on the past, I decided I wanted to be apart of the team that continues to make a positive impact in this country and serve along side my brothers and sisters here at home.