Home / Honoring Vets, Memorial Affairs / Flags in across America – A tribute to a legacy of service

Flags in across America – A tribute to a legacy of service 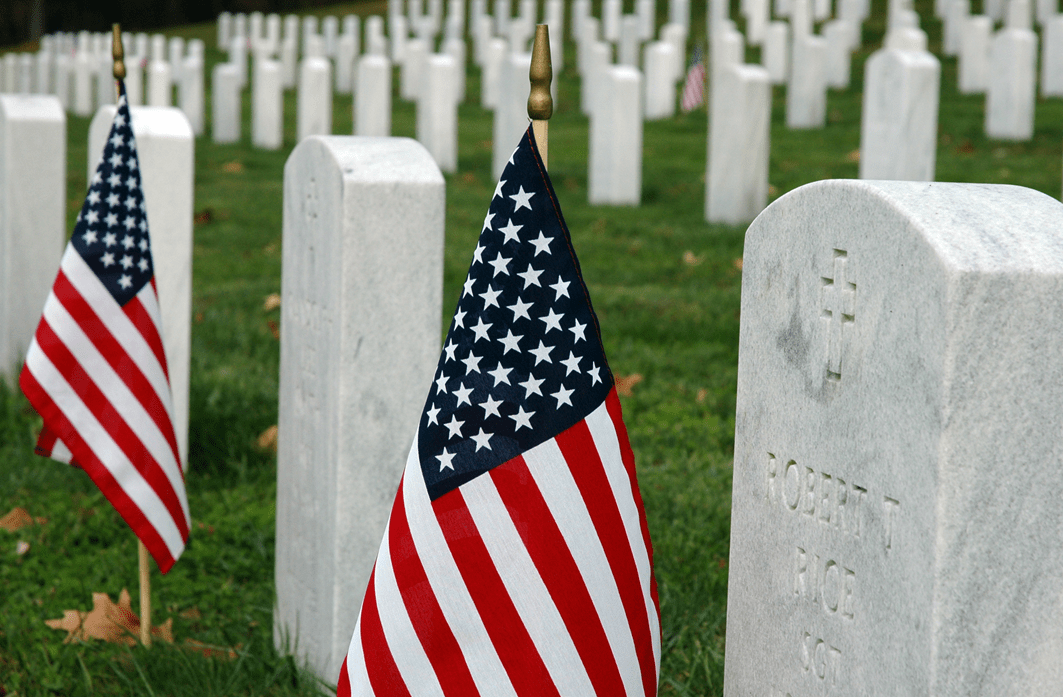 It was the flag before which our loved ones stood and affirmed to protect us against enemies foreign and domestic. It was the flag worn on their right uniform sleeve as they projected hope and liberty into the world serving our country. It was the flag that shrouded their caskets on a final mission home to rest. It was that same flag folded and handed to us with the words, “On behalf of a grateful nation.” Long after our fallen heroes are gone, it is the love, the memories, and that flag which remain. It’s a part of their legacy.

I received my first folded flag at age 18 and my second at age 29. For me, the American flag represents multiple generations of service and sacrifice my family made for this country. There is great pride in seeing the flag for which my grandfather and father fought in three wars. Each day, family members of the fallen, like myself, wonder if people care about such sacrifices anymore.

The transparency of social media allows for so much expression of thought – many of it unfiltered and without consideration. That’s okay. In a way, that’s part of my loved ones’ legacy too. The defense of freedom of speech is their gift to the nation. We watch disputes unfold in real time online centering on flag displays. The irony is those very displays were defended by the men and women who made the ultimate sacrifice.

[carousel ids=”20112,20113,20114,20115,20116″]Of all the legacies my grandfather and father left, they would tell you I am their greatest (along with other family members, of course). I know the best way to honor them is by exemplifying their values. And so I choose to use my voice, my own freedom of expression, in an effort to show there are actually more of us who honor such sacrifices and our flag than those who don’t. We can use social media to project good as much as anyone can to inject hate. Social media campaigns work best when kept simple. In looking for the simplest way to express pride, remembrance, and celebration of fallen, I look again to the flag. Oh say, does that star spangled banner yet wave? Waving the flag has always been the easiest form of patriotism and solidarity.

This Memorial Day Weekend, myself and other family members of the fallen connected through the Tragedy Assistance Program for Survivors (TAPS), are asking Americans to display the flag that represents all that we are as a nation. Many across the country already do this daily. This call to action, therefore, will give them a forum finally to show their national pride and appreciation for heroes. For others, this will be the encouragement to focus for one moment on showing solidarity with families whose holiday weekends will always be minus one.

The Flags In campaign is hosted online by TAPS at www.taps.org/flagsin and lasts through Memorial Day Monday. We encourage everyone to keep those flags flying year round and especially through July 4. Share your flags in moment on our social media platforms by using the hashtag #flagsin.

The flags themselves can be in any size or form. Someone may put a pin on his or her lapel, or a small flag in a flowerpot, or just a wallpaper on their computer desktop. However we choose to wave it, wear it, or witness it, it’s about pride, remembrance, and celebration. It’s about the legacy of heroes who brought those broad stripes and bright stars through the perilous fight and kept us the land of the free.

Thousands of patriotic citizens from around the country will honor the service and sacrifice of our nation’s fallen heroes at VA national cemeteries on Memorial Day, May 25, 2015. Ceremonies can vary from cemetery to cemetery, and may include parades, speeches, music performances, rifle volleys, bugle calls and wreath layings. Veterans service organizations will participate, as well as active duty military members, scout groups, government officials and citizens who wish to pay their respects to those who sacrificed so much for their country.

Some cemeteries hold their observances prior to May 25. View a complete list of 2015 Memorial Day Events at VA National Cemeteries.