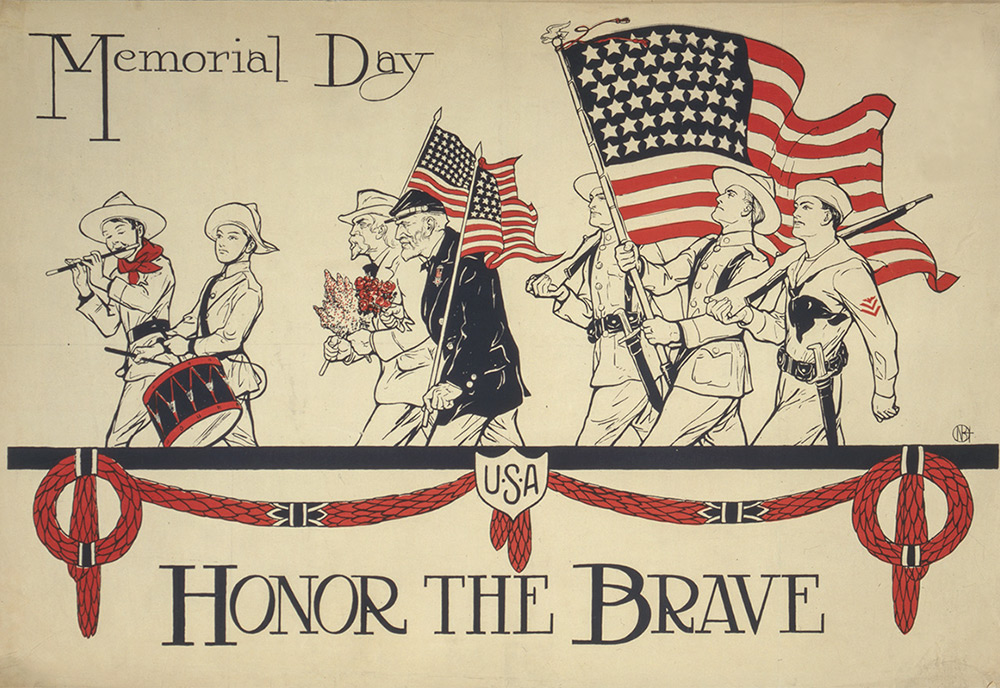 Memorial Day originally honored the Union and Confederate soldiers who died in the Civil War. It was extended to honor all Americans who died while in the military service.

It is a day when people visit cemeteries and memorials to honor those who have died in military service. Many volunteers place an American flag on each grave in national cemeteries.

And I’m proud to be an American
where at least I know I’m free.
And I won’t forget the men who died
who gave that right to me.Lee Greenwood

One of VA’s many special ceremonies scheduled for Memorial Day will take place in West Virginia. The Martinsburg VA Medical Center and the Winchester National Cemetery will conduct the first Memorial Day ceremony there in over 20 years. The ceremony will be attended by community partners, local schools and Veterans from the area.

Local school children will be placing flags in the morning at each grave site.

The cemetery was established during the Civil War and officially dedicated on April 8, 1866.

The cemetery is almost five acres bordered by a stone wall, and was used for burials in early 1862 then transferred to the United States government in 1870. There are 14 monuments in the cemetery with the oldest dating back to 1864.