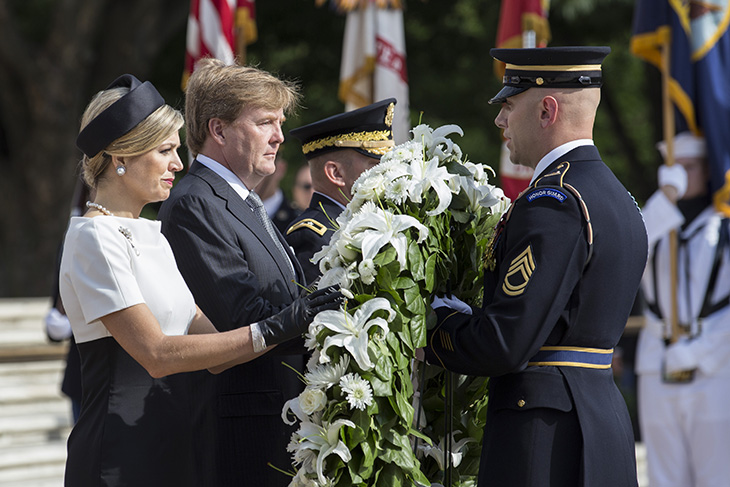 King Willem-Alexander and Queen Maxima of the Netherlands started their U.S. visit by laying a wreath at the Tomb of the Unknown in Arlington National Cemetery and meeting Veterans who fought during World War II.

The official visit marks the first time the royal couple has traveled to the U.S. since King Willem-Alexander succeeded his mother, Queen Beatrix, in 2013. In addition to highlighting the ties between the two countries, the royals have made it a point to “thank America for her role in ending World War II and to commemorate the fallen.”

The Veterans and “Rosie the Riveters” in attendance were introduced by Deputy Secretary Sloan Gibson, and regaled the royals with their experiences during the war and on the home front.

“I want to thank you for liberating my country,” King Willem-Alexander said with a smile as he shook hands with U.S. Army Veteran James “Maggie” Megellas.

The royal couple will travel to Grand Rapids and and Chicago later this week. See more images from the ceremony in the slideshow below.