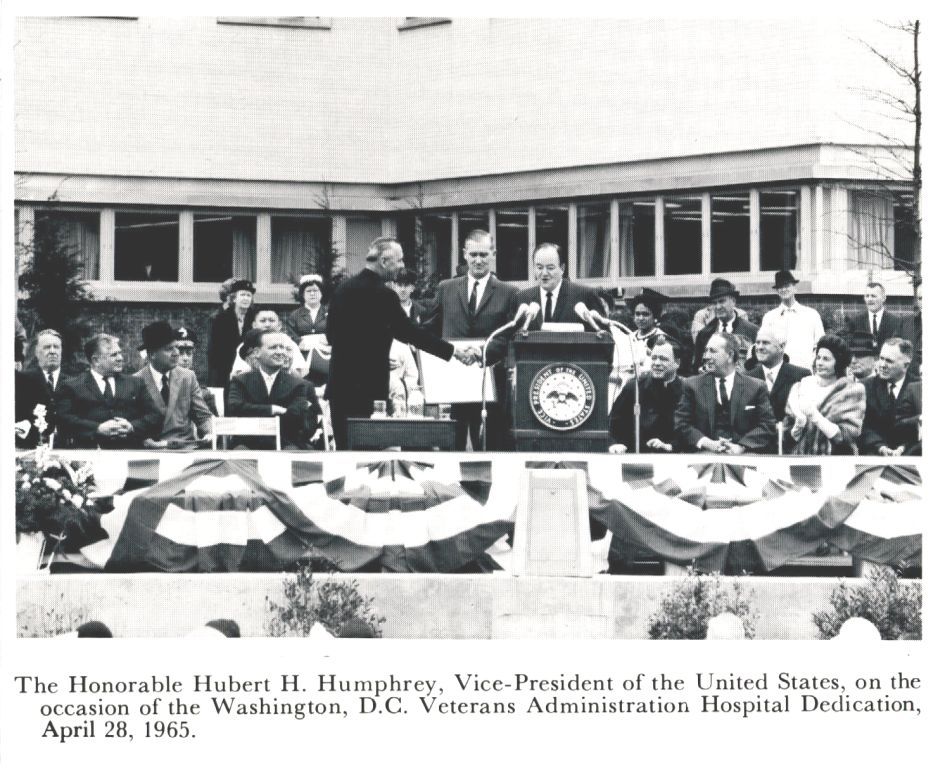 This week marked the 85th anniversary of the creation today’s VA . On July 21, 1930, President Herbert Hoover signed Executive Order 5398, elevating what was then the Veterans Bureau to a federal administration, demonstrating the nation’s long-held commitment to honor and serve those who defend our country’s freedoms.

With roots traceable back to 1636 – when the Pilgrims of Plymouth Colony passed a law that provided support for disabled soldiers –  today’s VA is the most comprehensive system of assistance for Veterans of any nation in the world.

In the 19th century, the nation’s Veterans assistance program was expanded to include benefits and pensions, not only for Veterans, but also for their widows and dependents.

As the U.S. entered World War I in 1917, Congress established a new system of Veterans benefits, including programs for disability compensation, insurance for service personnel and Veterans, and vocational rehabilitation for the disabled. By the 1920s, three different federal agencies administered the various benefits: the Veterans Bureau, the Bureau of Pensions of the Interior Department, and the National Home for Disabled Volunteer Soldiers.

One of the most significant contributions to Veterans and to the American way of life was the World War II GI Bill, signed into law June 22, 1944, by President Franklin D. Roosevelt. This followed a vast increase in the Veteran population after World War II, a time when Congress enacted large numbers of new benefits for war Veterans. It is said that the GI Bill had more impact on the American way of life than any law since the Homestead Act of 1862.

The GI Bill placed VA second to the War and Navy Departments in funding and personnel priorities. Then known as the Veterans Administration, VA was responsible for carrying out the law’s key provisions: education and training, loan guaranty for homes, farms or businesses, and unemployment pay.

Before the war, college and homeownership were, for the most part, unreachable dreams for the average American; but thanks to the GI Bill, millions who would have flooded the job market instead opted for education. Millions also took advantage of the GI Bill’s home loan guaranty. From 1944 to 1952, VA backed nearly 2.4 million home loans for World War II Veterans.

In 2014, VA celebrated the 70th anniversary of the original GI Bill. Since the inception of the Post-9/11 GI Bill in 2009, more than $50 billion has been paid to nearly 1.4 million Veterans and their dependents. Veterans with active duty service on, or after, Sept. 11, 2001, can access enhanced educational benefits that cover more educational expenses, provide a living allowance, money for books, and the ability to transfer unused educational benefits to spouses or children.

The VA Home Loan Guaranty Program is the only provision of the original GI Bill that is still in force. More than 21 million home loans have been guaranteed by VA since 1944, as part of the original GI Bill. In fiscal year 2014, VA guaranteed 440,000 home loans totaling $100 billion, while also helping 80,000 Veterans avoid foreclosure, and saving taxpayers more than $2.7 billion.

Processing benefits has never been an easy task, but VA continues to harness the power of technology to improve its efficiency in the delivery of benefits. Now more than 4.6 million Service members, Veterans and family members are enrolled in eBenefits. eBenefits, a joint VA/Department of Defense Web portal, provides resources and self-service capabilities to Veterans, Service members, and their families to research, access and manage their VA and military benefits and personal information.

Over the course of our nation’s history, more than a million guardians and protectors made the ultimate sacrifice in America’s wars to preserve the liberties we enjoy today.

Through the National Cemetery Administration (NCA), VA ensures that our nation’s heroes have the dignity of a resting place in one of its 131 cemeteries that serve as national shrines.

NCA can trace its roots back to July 17, 1862, when Congress enacted legislation that authorized the president to purchase “cemetery grounds” to be used as national cemeteries “for soldiers who shall have died in the service of the country.” By 1870, the remains of nearly 300,000 Union dead from the Civil War had been buried in 73 national cemeteries.

As part of the MyVA initiative, the VA is working to reorganize for success – guided by ideas and initiatives from Veterans, employees, and all of its stakeholders. VA seeks to provide Veterans with a seamless, integrated, and responsive customer service experience. NCA recently achieved a customer satisfaction index of 96, the highest American Customer Satisfaction Index score, in either the private or public sector, in the history of the survey.

As VA tackles current challenges, the organization remains focused on the future and on putting the Veteran first –  all while striving to meet the increasing demand for services and benefits, embrace opportunities for transformation, and strategize for the unique needs of a growing, changing Veteran population.