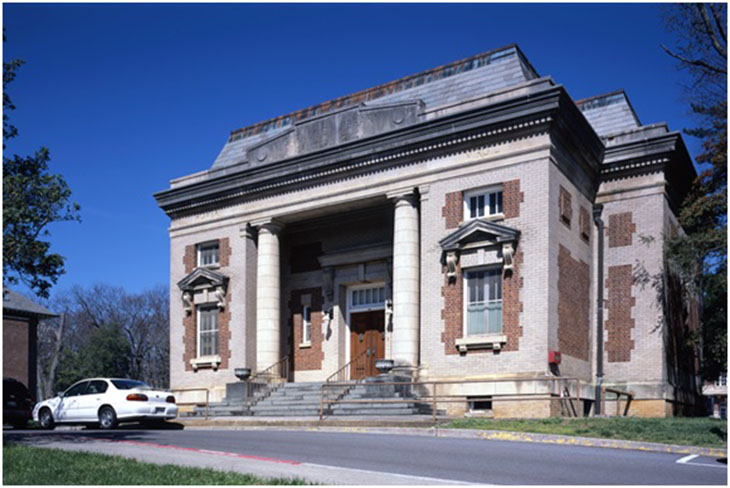 This article is cross-posted from the Preservation Leadership Forum blog.

As we approach the 50-year mark of the enactment of the National Historic Preservation Act (NHPA), the Preservation Leadership Forum has enlisted the help of preservation practitioners to take a close look at how the NHPA is used to protect historic places. VA is one federal agency that has been doing comprehensive inventory of its historic properties for the last decade. Doug Pulak, the VA’s Deputy Historic Preservation Officer, explains why the agency decided to undertake this survey approach, what challenges they encountered along the way and how they are using the results.

Through compliance with Section 110 of the National Historic Preservation Act (NHPA), VA has capitalized on evaluating, or re-evaluating, for the National Register of Historic Places (NRHP) more than 100 of its 152 medical centers over the past decade to better meet its primary mission. VA’s earliest survey investments actually predate Section 110: in 1971, just five years after passage of the NHPA, Executive Order 11593 expanded Section 106 consideration beyond only NRHP-listed resources and VA was the first agency to determine a federal property eligible for the NRHP during consultation for a project in Fort Meade, SD. By the time Section 110 was added to the NHPA in 1980, VA had undertaken a national survey of its hospitals, seeking formal determinations of eligibility from the Keeper of the NRHP (Keeper) for several dozen complexes and nominating the most architecturally distinctive ones. In addition, the Keeper determined all national cemeteries NRHP-eligible in 1981. The payback was more informed project development, as historic properties could be considered early in planning.

Twenty-some years later, VA forecasted a significant increase in construction due to growing demand for its services. With the likelihood of widespread facility improvements, the Federal Preservation Officer realized that past survey information was incomplete and the portfolio needed to be reexamined. Recognizing that timely environmental compliance is an essential part of successful project delivery, VA allocated advanced planning (neither construction nor patient care) funds towards a nationwide identification effort coordinated and paid by headquarters to maximize efficiency and reduce separate efforts at multiple sites.

In late 2004, VA partnered with the National Park Service’s Midwest Regional Office to undertake a survey of its oldest medical centers, the eleven branches of the National Home of Disabled Volunteer Soldiers. The 2007 study recommendations ultimately resulted in National Historic Landmark (NHL) designation for five of these facilities from the first generation of VA health care. Following the NHL study, VA looked again at its second generation of medical sites, the more than 50 facilities built following WWI until just after WWII. VA contracted with Cultural Resource Analysts (CRA) in 2008 to survey sites and write a multiple property submission (MPS) cover, describing the thematic context and associated property types, and individual nominations. Working with staff from the NRHP and National Conference of State Historic Preservation Officers to coordinate multi-state reviews, the United States Second Generation Veterans Hospitals MPS cover was accepted in 2012 and more than 40 medical centers have since been nominated under it.

Continuing its identification initiative, VA next turned to its third generation of medical sites, the more than 60 facilities built following WWII until about 1960. VA hired R. Christopher Goodwin & Associates to evaluate these facilities, none of which had previously been found to meet NRHP criteria. Since 2010, the United States Third Generation Veterans Hospitals MPS form and 20 nominations have been drafted. Also in the past 5 years, VA has had 10 of its national cemeteries listed in the NRHP and is developing an Inter-World War National Cemeteries MPS and nominations for seven related sites.

The results of all these surveys inform VA staff as they plan facility improvements to meet changing Veteran service needs and demands. When construction or renovation is proposed, VA can quickly establish whether historic properties are likely to be affected without needing to wait until after project approval to access design or construction funds to pay for a survey as part of Section 106 consultation. For example, the San Francisco VA Medical Center created four design review categories, based on locations and character of historic resources, for future projects implementing its recent facility master plan.

A benefit to centrally managed NRHP evaluation contracts is oversight by the agency’s most experienced preservation professionals rather than project managers or local staff unfamiliar with survey requirements. A single contractor can efficiently apply its initial background research and knowledge to multiple sites and discern similarities or unique features. Eligibility recommendations tend to be accepted by State Historic Preservation Offices (SHPOs) as more objective when made as part of a widespread look at many related sites, particularly when resources do not meet the NRHP criteria as at a 1943 Army hospital in West Virginia that became the Martinsburg VA Medical Center in 1946.

A drawback to national surveys is that given their shrinking staffs and growing workloads, not all SHPOs are willing or able to review results of Section 110 planning separate from Section 106 consultation. Some SHPOs can’t accept electronic submissions or have extended timeframes to meet state review requirements. Given the large number of resources being evaluated within limited budgets and timelines, not all areas of significance can be fully explored or documented. The national surveys primarily focus on districts with particular themes; this can overshadow other aspects of importance such as archeology. VA has also found that officially updating pre-1980 NRHP nominations to extend periods and areas of significance or contributing resources may not be worth the effort required by 36 CFR 60.15, particularly when federal boundaries have shrunk and multiple property owners must now be involved; rather, it is more efficient to discuss expanded significance with SHPOs during the identification phase of Section 106 consultation.

The significance of the 1858 parade ground to several Native American tribes was not part of the 1974 NRHP nomination of the Fort Walla Walla Historic District, a portion of which is now the Jonathan M. Wainwright Memorial Veterans Affairs Medical Center, Walla Walla, WA. | Credit: Douglas Pulak

However, VA and its preservation partners are seeing positive returns by being more informed at the beginning of consultation regarding possible changes to facilities, recognizing unique features, or that there may be multiple examples of a particular building type. Proactive evaluations have enabled prioritization of reviews, such as in Florida where preservation attention can be focused on the single listed VA medical campus as a result of a Section 106 agreement negotiated to largely limit project reviews to the historic properties identified through a statewide survey of VA-owned sites – rather than wasting limited resources consulting about non-historic facilities. Surveys have shed light on different modernization approaches used for originally similar buildings. VA is beginning to analyze this data to identify best renovation practices that could be replicated at comparable facilities.

As the challenge to deliver more projects in less time grows, having advance agreement about which properties are historic saves VA time and taxpayers money during NHPA Section 106 consultation. In this way, VA’s investment in Section 110 historic property identification has already yielded dividends.

Douglas Pulak is the Deputy Federal Preservation Officer for the U.S. Department of Veterans Affairs. He is responsible for historic preservation policy, guidance and training at the agency, which is steward of more than 4200 identified historic resources including 2200 historic buildings.