VA Summer of Service: Providing comfort to a Veteran’s family 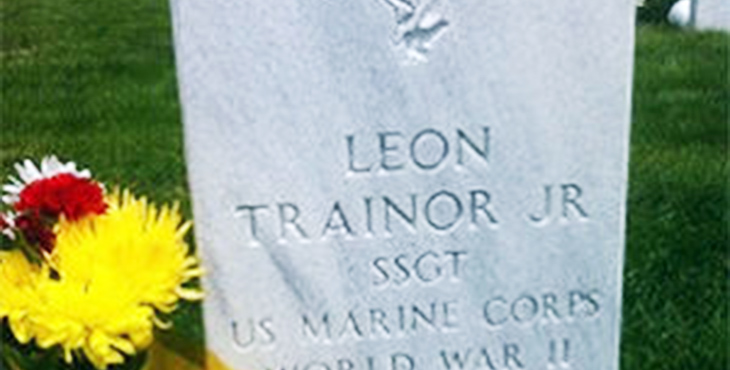 This summer, readers of the Quad City Times saw a letter from Rock Island, Ill., resident Steve Trainor about his family’s experience at the Rock Island National Cemetery.

“The day of my WWII dad’s funeral, a year ago April, we stopped at the Moline gate,” Trainor wrote.  “When the guard asked the purpose of our visit I told him we were burying my dad. He looked quizzical for a moment, not seeing a hearse or casket. I told him we had dad’s boxed cremains in the back seat. He immediately ordered the other guard to his side and they saluted dad. Their unexpected respect made the last half-mile a teary one.”
A year later, Trainor returned with a family friend to decorate the grave. “She doesn’t move well so, instead of us struggling over grass some 40 yards, a staffer helped her into a golf cart, and drove us straight to the headstone, then stood off a bit to give us quiet time,” Trainor said.

Earlier this summer on his father’s birthday, Trainor returned to the cemetery to place flowers at the grave site. “Two staffers were working nearby on a site with a big machine. They stepped behind it and I thought they were taking a lunch break. Then they came up to not only inform me there were free flower canisters available nearby, but also water, and then offered to walk the 50 yards and back for me. It was only as I was leaving and they resumed work did I realize they’d stopped as a courtesy.”

This coming weekend, VA national cemeteries across the country will be honoring World War II Veterans like Leon Trainor Jr during the 70th anniversary commemoration “Keep the Spirit of ’45 Alive.” Join VA, as the Bugles Across America, the American Battle Monuments Commission, VA’s National Cemetery Administration, the National Parks Service, the Military Order of the Purple Heart and other participating organizations, invite the public to honor the World War II generation by placing wreaths at memorials, cemeteries and other locations around the world during the weekend of Aug. 14-16. You can find information on a Spirit of ’45 event near you on our ceremony listing page.

VA takes its commitment to care for the nation’s Veterans and their families very seriously, and this summer, we invite all of you to join in that commitment. Community by community, state by state, our nation can work together to serve Veterans during the VA Summer of Service.