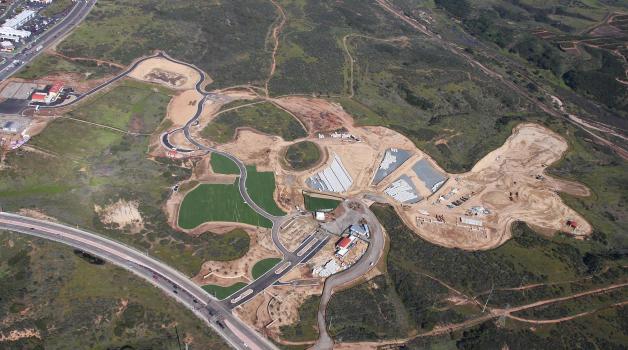 (Editor’s note: On Tuesday, the first regularly scheduled casketed burials began at the Miramar National Cemetery in San Diego. We asked Kirk Leopard, Cemetery Director, to shed light on the impact this new cemetery will have on over 235,000 Veterans in southern California.)

Tuesday marked the first regularly scheduled casketed burial at 313-acre Miramar National Cemetery in San Diego since 1966 when Fort Rosecrans National Cemetery closed. This achievement was accomplished due to the hard work of countless people. From John Ibe, a World War II Veteran who had plans for the cemetery in San Diego and raised money for its construction, to John Smith a Civil War Veteran, many have worked tirelessly to make this happen.

While Veterans advocated for the cemetery, they received a helping hand from Congressional Representatives, State Government Officials, and the National Cemetery Administration; but it was their tenacity and willingness to work together that brought us to this service.

The cemetery includes gravesites and columbarium facilities, providing a full range of burial alternatives to 235,000 Veterans in San Diego County. I feel honored to be standing side-by-side with this group of distinguished Veterans and their family members. They have all given so much to our country and now we’re fulfilling one part of our promise to take care of them.

This is just the first step though; phase one construction includes 11,500 conventional gravesites; 4,500 in-ground cremation sites; 10,000 columbarium niches; two committal service shelters; and a public assembly area. Just like Fort Rosecrans, this cemetery will be an eternal tribute to these men and women who have served. One hundred years from now another Director will be standing near here, maybe looking down at my headstone and wondering how a Hospital Corpsman ended up as a Cemetery Director; or looking at the names of the roads; Krulak Way, Monsoor Avenue, storied names in San Diego history, and reflecting upon this cemetery and its ties to the community. Reflection, remembrance, dignity, and beauty. . .all these come to mind while I stand here and look at our new National Cemetery.

Kirk Leopard is the Director of Fort Rosecrans and Miramar National Cemeteries. After retiring from the U.S. Navy in 2004, he began working for The Department of Veterans Affairs at cemeteries across the U.S. Leopard was recently selected as the Chief Operations Officer for Memorial Service Network 1.