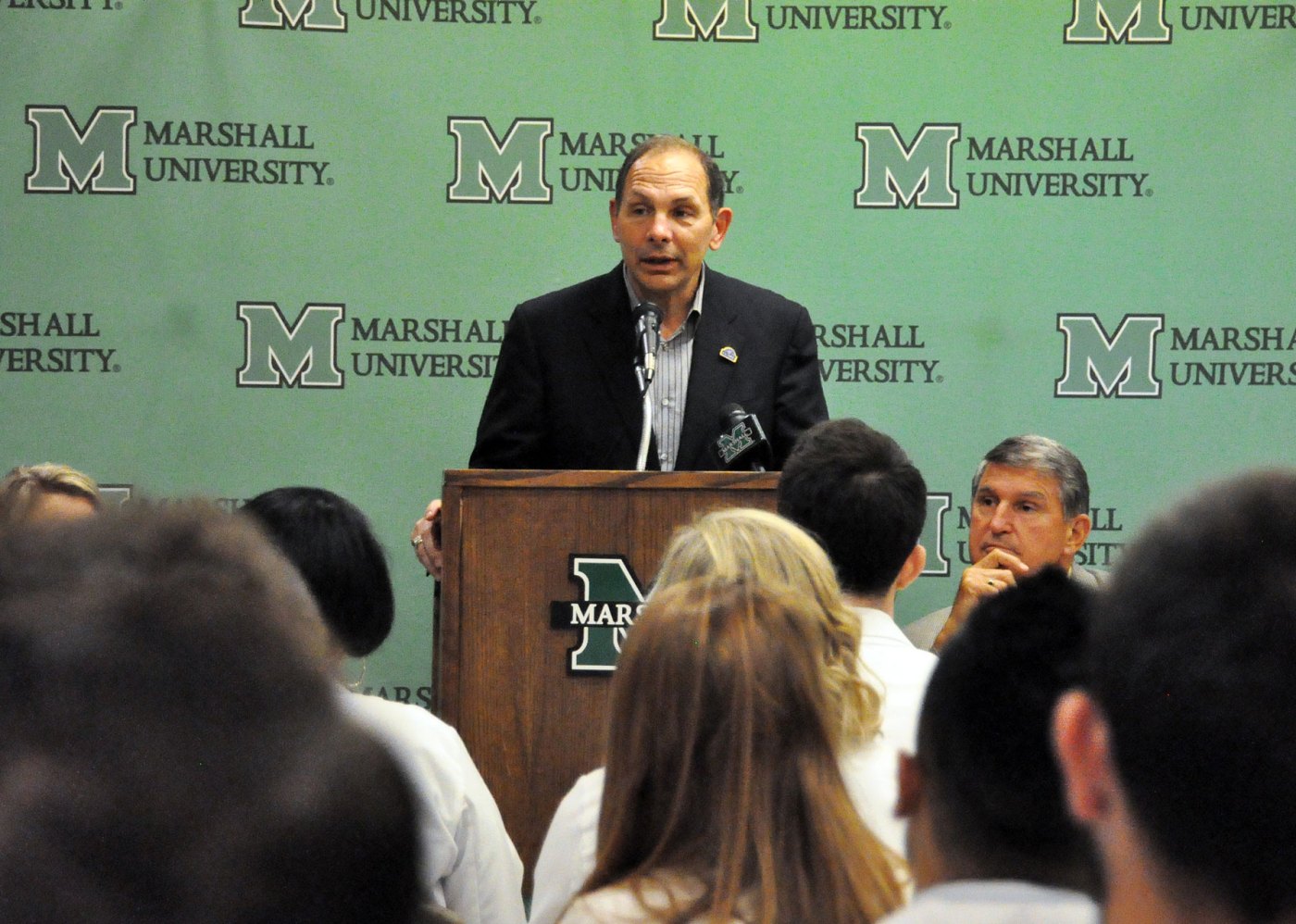 The visit began Thursday evening, Sept. 24, at the West Virginia Cultural Center with a presentation to a Veteran who served in both the Korean and Vietnam Wars. McDonald, Manchin and secretary of the West Virginia Department of Veterans Assistance Rick Thompson joined state officials for a Purple Heart presentation to Willie Lewis, a former U.S. Army Sergeant who was held as a prisoner of war in Korea in 1953.

McDonald spoke of West Virginian’s willingness to serve in the military. Lewis, McDonald pointed out, “was a prisoner of war in Korea, but after he got out from being a prisoner of war re-enlisted and then served in Vietnam.”

The economic impact of the Veteran community was on the agenda for a working breakfast Friday, Sept. 25, in Charleston. The secretary and Sen. Manchin held a discussion with Veterans about agriculture initiatives in West Virginia, and the potential for agriculture in both alternative therapy and economic development. Following breakfast, McDonald delivered opening remarks at the Appalachian Addiction and Drug Abuse Conference before traveling with Manchin to a town hall meeting with more than 200 Veterans and National Guard members in Beckley.

McDonald told those in attendance at the town hall that one of the greatest challenges facing VA is an aging Veteran population. According to local media reports, McDonald said he’s been working to explain to Congress that “VA needs to build today for tomorrow’s aging veterans from the wars in Iraq and Afghanistan.”

A recruiting visit was next on the schedule with students from the West Virginia School of Osteopathic Medicine, one of two stops Friday to speak directly with future health care professionals.

After the town hall, representatives of West Virginia’s medical schools and hospitals, along with regional health care industry leaders sat down for a roundtable discussion on VA’s recruiting efforts. McDonald and the group discussed the best practices for recruitment of physicians and behavioral health care providers, and collaboration with medical schools and facilities.

From discussing to doing, the next stop for McDonald and the members of Congress was right next door to the Marshall University School of Pharmacy, where the secretary highlighted the many accomplishments of VA’s doctors and researchers.

“It was a VA nurse that came up with the idea of a barcode that connects patients with medicine. We did the first electronic medical record and we know more about post-traumatic stress than anyone else,” McDonald explained as he stressed the unique opportunities for those who work for the VA.

The final stop of the two-day trip was a visit with Gold Star families at Camp Dawson in Kingwood, West Virginia. The annual Gold Star retreat was held two days before Gold Star Mothers Day on Sept. 27, honoring the mothers of military members who died while serving America. Reflecting on the statewide swing, McDonald told the crowd his main goal for the visit was to listen to their needs.

Below are pictures from the two-day trip to West Virginia. Photos courtesy of VA.