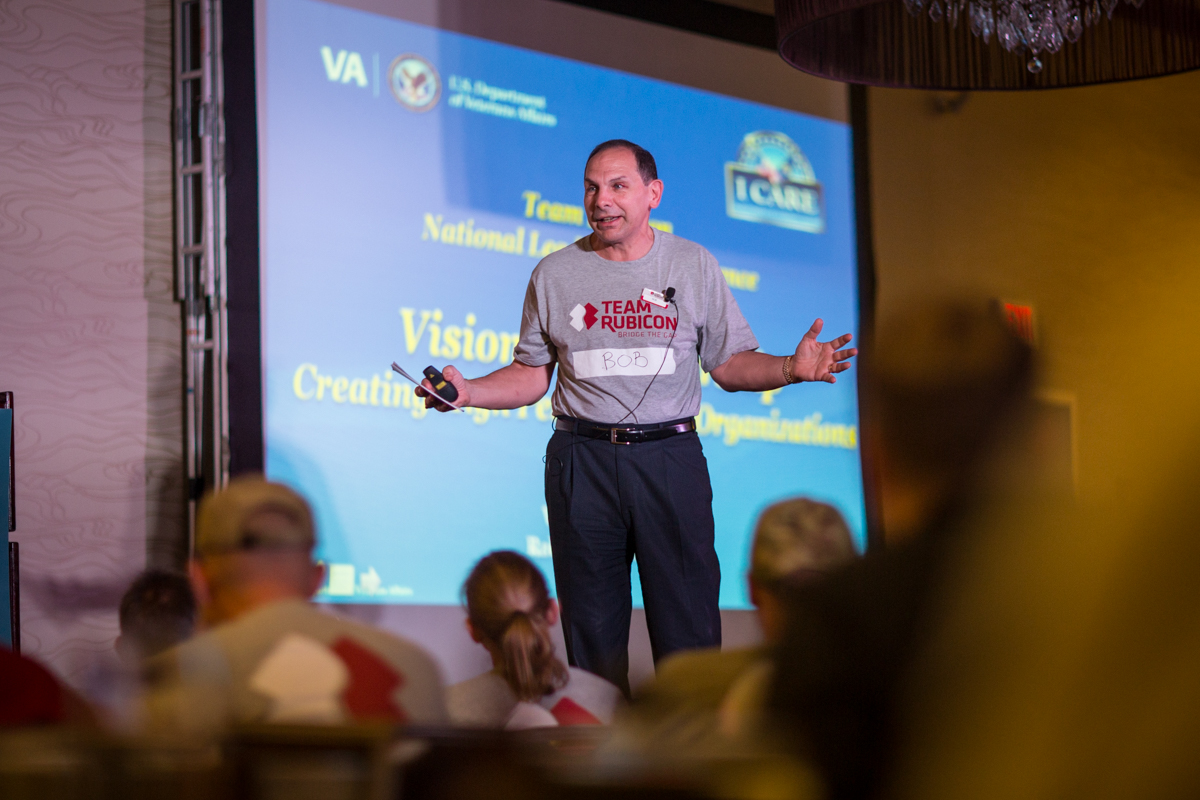 “Veterans are the greatest asset of this nation,” Secretary Bob McDonald told a packed room of 200 Team Rubicon volunteers and supporters Wednesday night at the organization’s annual leadership conference in Chicago. Team Rubicon is a nonprofit disaster relief organization that combines the skills and experiences of military Veterans with first responders to rapidly deploy emergency response teams.

The Secretary weighed in on purpose, leadership, and connecting with those who share a common goal.

Team Rubicon co-founder and CEO Jake Wood introduced the Secretary by revisiting a light-hearted moment in 2014 when he received a call on his cell phone two weeks before McDonald was officially named as the next Secretary.

“It’s Bob McDonald. I’m going to be named the Secretary of the VA soon, and I wanted to introduce myself and pick your brain on some things.”

It was apparent to Jake, that Secretary McDonald was eager to connect with leaders in the Veteran space, including the members of Team Rubicon who’ve built the organization from 8 to 30,000 volunteers in just under six years.

Team Rubicon has responded to more than 100 disasters across the world and much of its growth and ability to serve communities rests on the strong backs of volunteers who donate their time, intelligence, and skills to the mission. The Secretary challenged those in attendance to “get the right people on the bus” and help more Veterans and service-minded civilians find their purpose through disaster relief.

“It was an absolute honor to have Secretary McDonald help kick off our leadership conference this year,” said Wood. “His candor and advice resonated with our volunteers, all of whom are striving to be leaders in their community as our organization grows into a leader in disaster response.”

Currently, Team Rubicon is providing flood relief in Virginia and South Carolina and responding to wildfires in Washington. To learn more or join the team, visit www.teamrubiconusa.org.

Bobbi Snethen has worked in the communications department for Team Rubicon in El Segundo, California for more than two years and has served in public relations in the non profit sector for nearly 10 years.