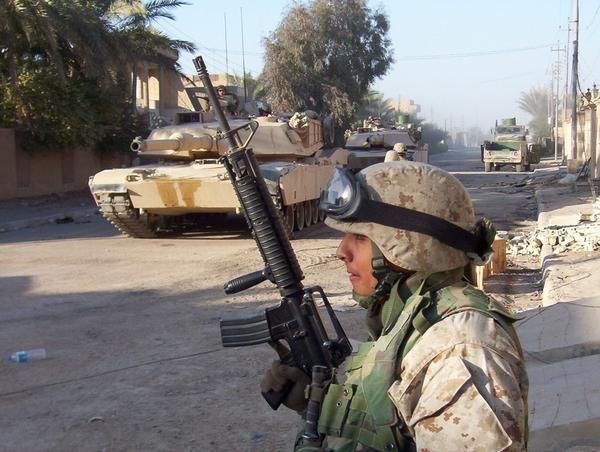 This article was originally posted on The Beacon, the official blog of the U.S. Citizenship and Immigration Services.

Ivan Gutierrez is a management and program analyst in the U.S. Citizenship and Immigration Services’ Los Angeles Field Office and a Marine Corps veteran. He is also a naturalized U.S. citizen.

Gutierrez came to the United States from Mexico with his parents when he was 5 years old. Immediately after graduating from high school, he joined the Marine Corps. “I served because I wanted to give back to America for all the opportunities that it provided to my family that we would have not otherwise have had in our homeland.”

He served in the Marines from 2001 to 2005 at Camp Pendleton, California, and Camp Lejeune, North Carolina. Camp Pendleton was his favorite post because it was only 100 miles from his family, something Gutierrez treasures more than anything. He is proud of his Mexican heritage and culture and credits his parents for his strong work ethic. They taught him that everything would have to be earned. Nothing would be given to him. The life lessons he learned from his parents even prepared him for the Marine Corps.

Gutierrez’s desire to give back to his country was realized when he deployed to Fallujah, Iraq. There, his unit lost 19 Marines.

Following his service with the Marine Corps, he attended college and was selected as a finalist for the Presidential Management Fellowship Program. His government employment began with USCIS, first as a call center analyst, then as an immigration services officer, and finally a management and program analyst. He achieved this all within two years.

We thank him for his service and honor him this Veterans Day.

This article was submitted by the USCIS blog team and originally posted on The Beacon, the official blog of the U.S. Citizenship and Immigration Services.