Home / Honoring Vets, Memorial Affairs / After missing for 72 years, the remains of a WWII Marine are laid to rest in his hometown

After missing for 72 years, the remains of a WWII Marine are laid to rest in his hometown 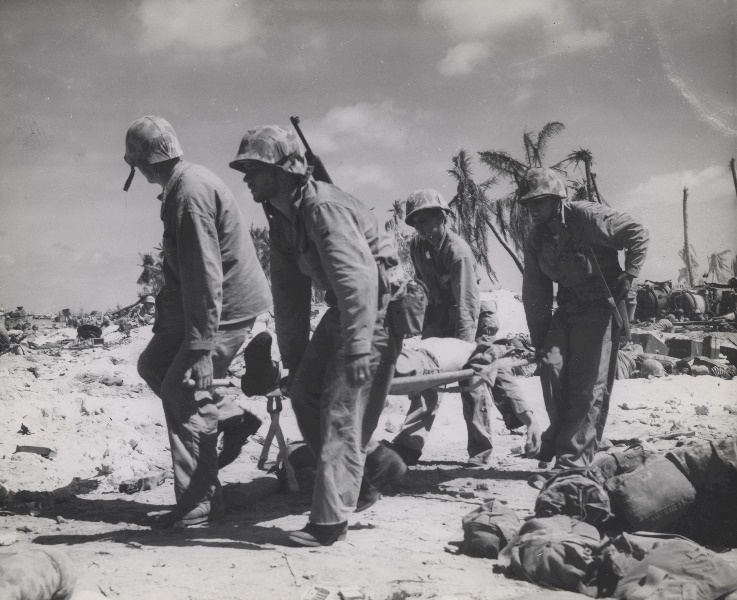 On the Saturday before Thanksgiving 1943, Cpl. Roger K. Nielson and his fellow Marines of Company E, 2nd Battalion, 8th Marine Regiment, 2nd Marine Division stormed the tiny Island of Betio on the Tarawa Atoll in the South Pacific.

The fighting was the fiercest seen to date by the Marines in Pacific with 4,500 heavily-fortified Japanese soldiers inflicting causalities before they could even hit the beach. Over the course of three days, more than 1,000 Marines would be killed and another 2,000 wounded as the Japanese fought to the last man.

It is believed that Nielson was killed on that first day of battle. His remains were declared unrecoverable and went missing for 72 years. That was until this summer, when a private organization working with the Defense POW/MIA Accounting Agency discovered his remains in June in a trench with 35 others, also believed to be Marines,

Once identified, active duty Marines escorted Nielson’s remains back to his hometown of Denver, Colorado.

He was laid to rest with full military honors at VA’s Fort Logan National Cemetery Nov. 16.  Family members and several World War II Veterans, including one who served with Nielson, were there to pay tribute.