Home / Education, Guest Posts / Graduating from the college of the wild blue yonder

Graduating from the college of the wild blue yonder 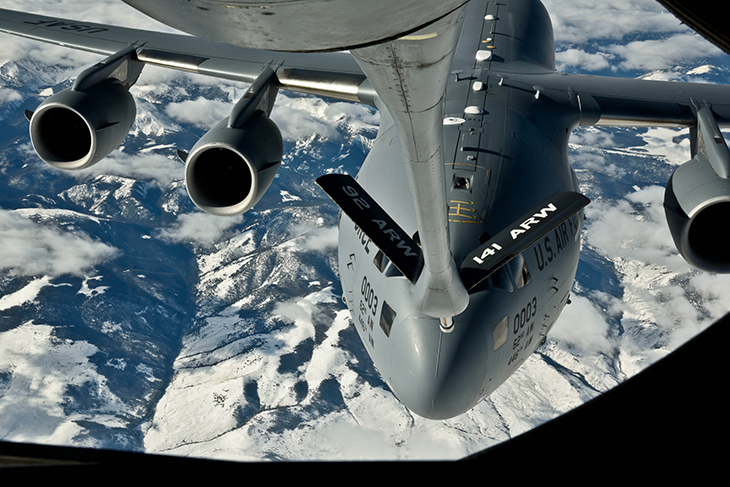 I wish that I could say I joined the Air Force because of a deep sense of pride and the honor of serving my country.

The truth is, at 18 years of age, I had yet to develop the capacity to understand what that even meant. Like many others I have served with through the years, I joined the military for a variety of other reasons — education benefits being at the top of the list.

I thought I would serve my four years and then return home to attend college. As it turned out, however, I found that I really enjoyed my job and serving in the military. When the time came to re-enlist, I felt like I hadn’t seen enough, and finally the sense of honor and pride had started to kick in. So, I gave another four years to the military, and another four after that.

The fast-paced operations tempo at my units didn’t allow much time for school, but there were a few times when I was able to take advantage of tuition assistance to attend classes at night or online. One class at a time was hardly the college experience I had hoped for. I desperately wanted to complete my degree, but the light at the end of the tunnel was barely a flicker.

Although I loved what I was doing, as the years flew by, I wondered if I would ever actually have a chance to use my GI Bill benefit. Ironically, it occurred to me that I had perhaps missed out on my chance to utilize the very benefits that had compelled me to join the military in the first place. The regret consumed me, until one day I decided to take the leap of faith — from full-time Airman to full-time college student.

When I finally decided I was going to use the education benefits I had earned, I was a technical sergeant, more than halfway through a 20-year career. I received a lot of unsolicited advice about what a terrible decision I was making; about how I could “stand on my head” for seven more years and collect a retirement. But standing on my head wasn’t good enough for me. So I smiled at the naysayers and continued along the new path I’d chosen.

Courtesy of my G.I. Bill benefits, I stepped onto campus as a 31-year-old freshman, completely out of my element. Being accustomed to the military lifestyle for so long had its pros and cons. On one hand, I could ace many of my exams just by turning everything into an acronym – just as I’d learned to do when studying for my CDCs. On the other hand, when the students would start to pack up their things a few minutes before class was over, I would find myself infuriated and uneasy with the chaos and disrespect of 300 people in an auditorium ready to leave before the instructor had finished teaching. Attending a traditional university as a very non-traditional student was more difficult than I had anticipated.

Adjusting to civilian life was also more challenging than I thought. I didn’t fit in with the students who were at least 10 years my junior, and I struggled to find common ground with friends my age who were already well into an established career. After almost six months of not being attached to a military unit, I attended a resource fair at the university and stumbled across a Missouri Air National Guard recruiter. I hadn’t been seeking out a position in the Guard, but the more I talked to him, the more convinced I was that this was a piece in my life I had been missing.

I was fortunate enough to get a job as a photojournalist with the 131st Bomb Wing at Whiteman Air Force Base. This paired nicely with my journalism degree plan and allowed me to keep my studies concentrated and use experience from each role to complement the other. And in the Guard, I found a community of people from diverse backgrounds that I was able to relate to, even if it was just once a month. Balancing military and civilian life came with its own challenges, but overall I felt more grounded and focused than I had been before.

As the current semester comes to a close, the light at the end of the tunnel is shining more brightly than ever. Graduation is just one semester away, and I feel a great sense of accomplishment. As I’ve chased the college dream I thought I had missed out on by joining the Air Force, I found that I really didn’t miss out on anything.

I didn’t study abroad, but the Air Force took me to Korea for a year and I’ve visited more than 50 different countries. I was never part of a sorority, but to this day my best friend is a fellow Airman from tech school. I never studied economics, Spanish or statistics, but in the Air Force, I learned the value of hard work; I learned how to communicate with people from different cultures and backgrounds; I learned how to manage resources and interact with and lead others.

It has taken me a little longer to finish college, but the education I’ve received throughout my military career was far more valuable than I ever gave it credit for– and my academic degree has been completely worth the wait.

About the author: Tech. Sgt. Traci Howells is a public affairs photojournalist assigned to the 131st Bomb Wing Public Affairs Office at Whiteman Air Force Base, Missouri. She enlisted in the US. Air Force in 1999 and has served on active duty, in the Air Force Reserve and is now in the Air National Guard. She has been a medical logistics technician and a special missions flight attendant supporting distinguished visitor airlift around the globe. Howells is also a student at the University of Missouri; she will graduate in spring 2016 with a bachelor’s degree in strategic communication.