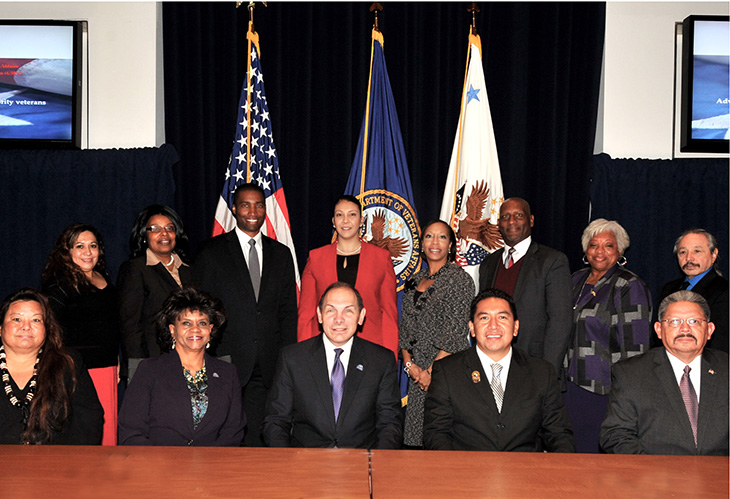 VA announced the appointment of four new members to the Advisory Committee on Minority Veterans on Dec. 21. The committee was chartered on Nov. 2, 1994, and advises the Secretary of Veterans Affairs on the needs of the nation’s 4.7 million minority Veterans on compensation, health care, rehabilitation, outreach and other benefits and programs administered by the VA.   The committee assesses the needs of Veterans who are minority group members and recommends program improvements designed to meet their needs. The committee members are appointed to two or three-year terms. Minority Veterans comprise nearly 21 percent of the total Veteran population.

The new committee members are:

Benno Cleveland: Army Veteran of Fairbanks, Alaska. Served two tours in Dong Tam, Vietnam where he earned a Purple Heart. He also served as Senior Vice Commander and Department Commander of the Military Order of the Purple Heart. In recognition of his distinguished military service, the Alaska Federation of Natives bestowed him with their “Veteran of the Year” honors in 2014 at their Annual Convention in Anchorage. Mr. Cleveland also founded the Alaska Native Veterans Association and is currently serving as President.

Xiomara Sosa: Army Veteran of Summerville, South Carolina. Ms. Sosa is the Founder and Principal of XAS Consulting, LLC, an integrative mental healthcare and holistic wellness consulting firm. She served on the Women Veteran Social Justice board of directors; Military Partners and Families Veteran Initiative; the Semper Fidelis Health and Wellness Advisory Board; and a current member of the Women in Military Service for America Memorial Foundation, Inc.