Home / Honoring Vets, Veteran of the Day / Marine Veteran David Douglas Duncan – The most famous photographer of the Korean War 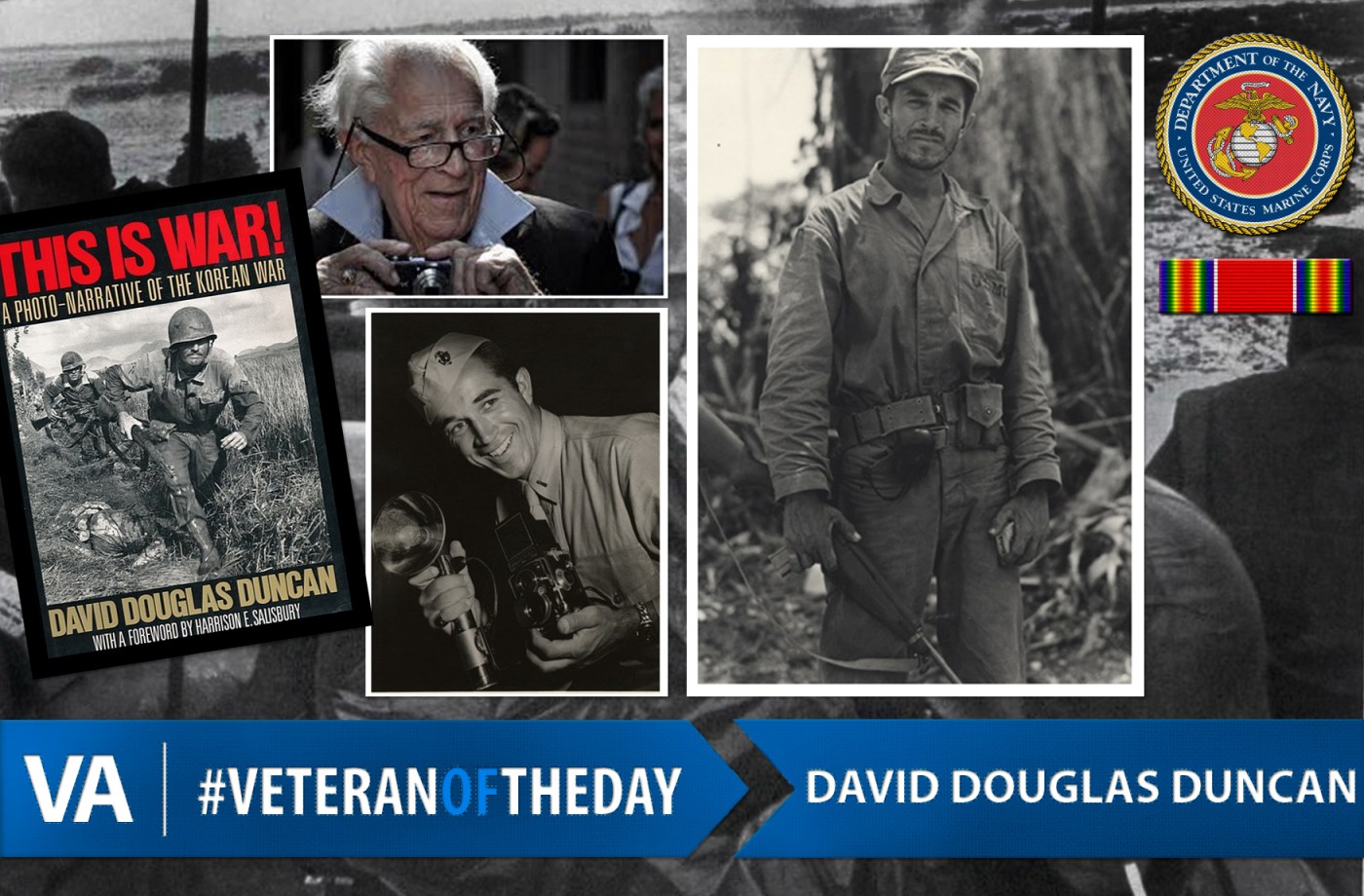 David Douglas Duncan joined the U.S. Marine Corps in 1943, earning a commission and became a combat photographer. Following two brief assignments in California and Hawaii, Duncan made his way to the Solomon Islands.

Duncan was attached to Marine Aircraft Group 23, but his orders allowed him access to most combat operations in the Pacific. He found himself fighting the Japanese on Bougainville Island with Fijian guerrillas, in the belly of a P-38 fighter plane to make aerial reconnaissance and on the USS Missouri to photograph the Japanese surrender.

Life Magazine hired Duncan after WWII and he covered events around the world, including the Korean and Vietnam Wars. He compiled many of his photos from the Korean War in to a book he published in 1951 called “This Is War!” and donated the proceeds to widows and children of fallen Marines.