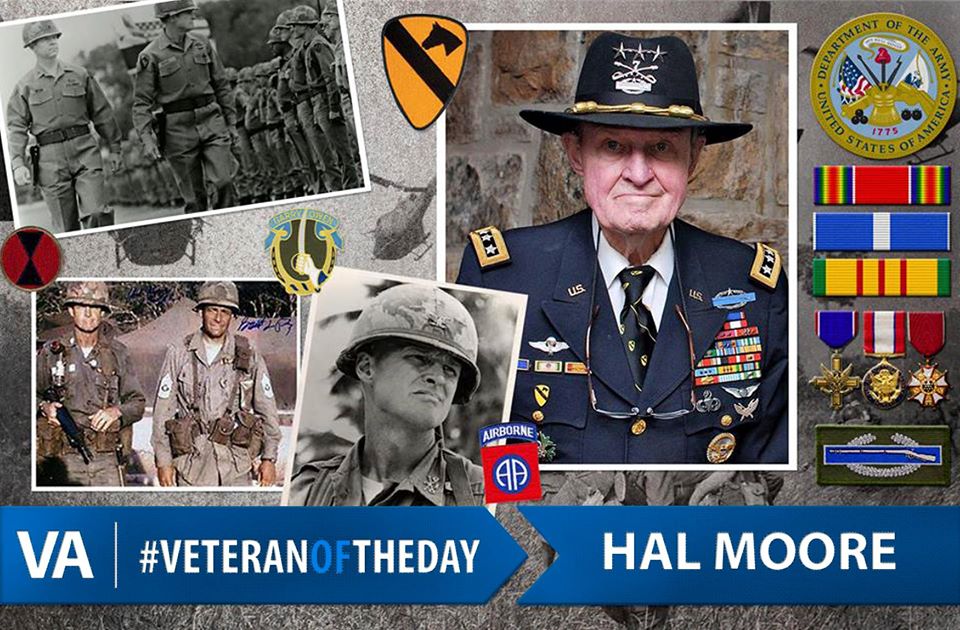 Moore graduated from the U.S. Military Academy at West Point in 1945 and was assigned to the 187th Glider Infantry Regiment. Three years later, he transferred to the 82nd Airborne Division.

Moore was later sent to South Korea to command an infantry company in the 7th Infantry Division during the Korean War. After the war, he returned to West Point where he taught then Cadet Norman Schwarzkopf.

Several assignments later, Moore commanded the 1st Battalion, 7th Cavalry Regiment, 1st Cavalry Division during the onset of the Vietnam War. Two months after arriving in Vietnam, he led a battalion in the week-long Battle of la Drang, where the enemy had completely encircled his position. His “lead from the front”  style directly impacted the unit’s perseverance despite the overwhelming odds. Moore ultimately was promoted to Lieutenant General and retired in 1977.

Hal  Moore celebrated his 94th birthday in February, 2016. Thank you for your service!