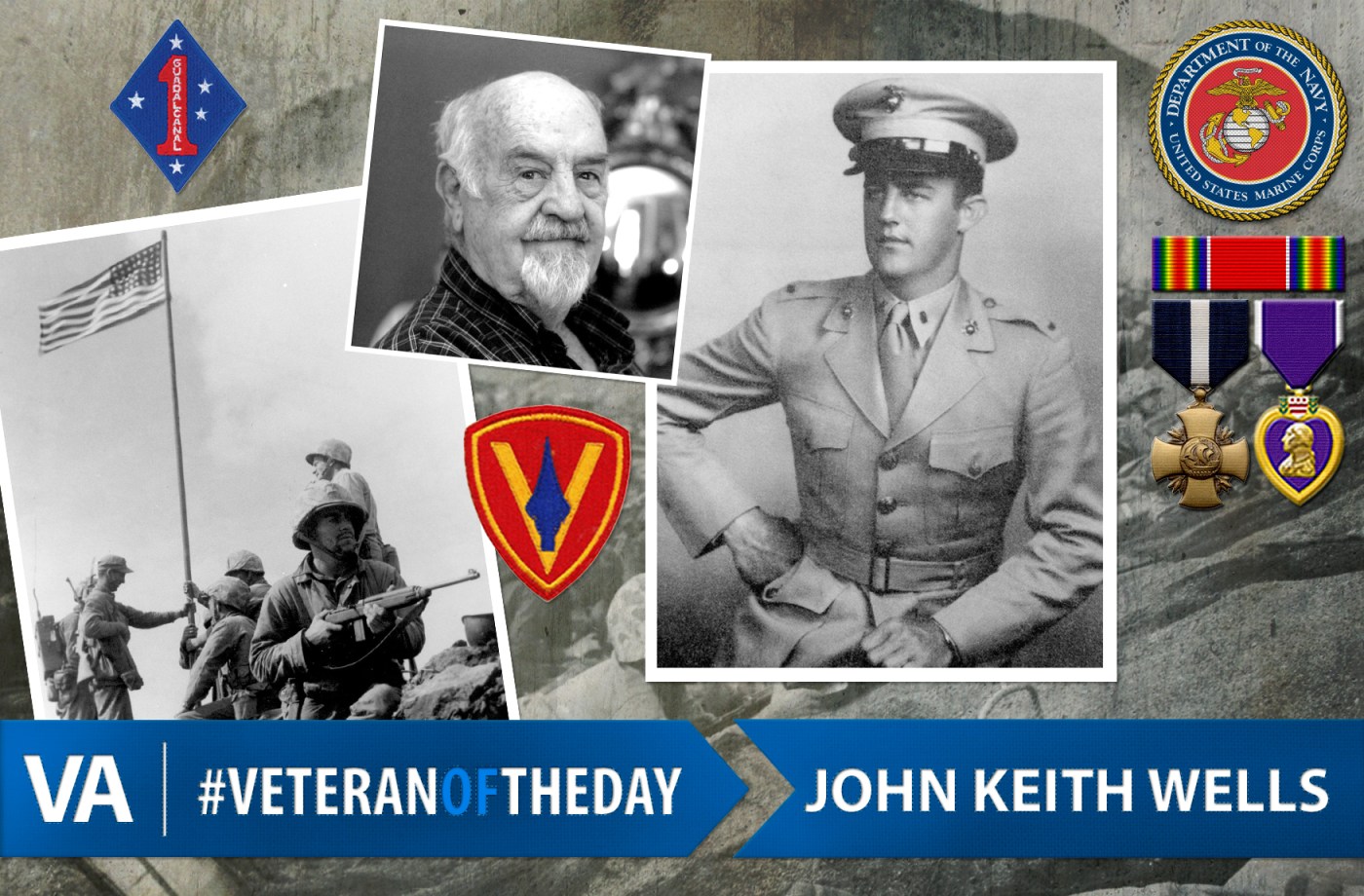 Lieutenant John Keith Wells led one of the most decorated infantry platoons in Marine Corps history – 3rd Platoon, 28th Marines, 5th Marine Division. He led them at Guadalcanal and on Feb. 19, 1945 he led them on Iwo Jima – one of America’s most historic battles.

Upon landing on the Japanese held island, his platoon was tasked with assaulting the foothills of Mount Suribachi. Attacking across open terrain littered with enemy fortifications and pillboxes. Wells lead his men from the front, encountering machine-gun, mortar and rifle fire. He continuously moved across the line to lead his assault groups forward.

“Give me 50 Marines not afraid to die and I can take any position,” Wells famously said about his Marines who destroyed 25 enemy emplacements on their way up Mount Suribachi.

He was severely wounded during an assault, but continued to command until the objective’s enemy blockhouse was destroyed. Unable able to walk, he posted himself at a position where he could observe his men and continue to command before he was evacuated to a hospital ship.

Too small to be seen from the beach, leadership ordered a larger flag to be taken to the top of Mount Suribachi to mark the United States first captured Japanese territory.

So admired by his men, leadership allowed for the wounded Wells to be carried off the hospital ship and escorted to the top of the Mountain so he could witness the raising of the larger flag—that became a beacon of hope and an iconic image for the ages.

Wells remained in the reserves after the war and retired as a Major. He passed away on Feb. 11, at age 94, just 12 days shy of the 71st anniversary of that historic event.

We honor his service and all those brave Marines that followed him on Iwo Jima.