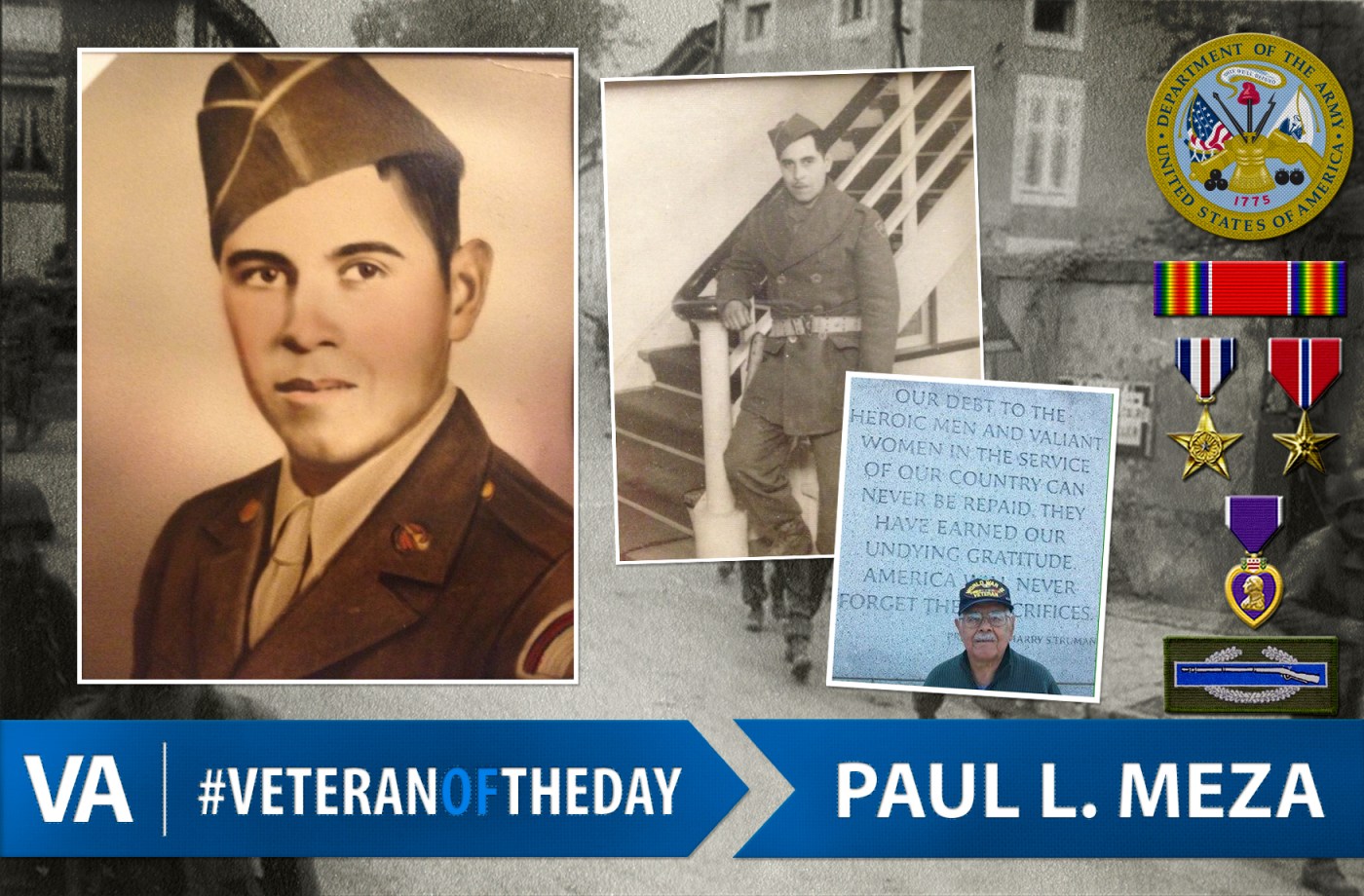 Today’s #VeteranOfTheDay is Paul L. Meza. Paul joined the U.S. Army in 1943 during World War II. He was a mortarman with the 79th Infantry Division and served in Germany, Belgium, England, France, Holland, Austria, Czechoslovakia and Italy. During his time in combat, Paul was injured by shrapnel.

After returning from the war, Paul worked for FMC Corporation as a buyer until he retired in 1964. He is a lifetime member of the Veterans of Foreign Wars #3752 where he served as chaplain. He is also a lifetime member of AMVETS and DAV. Paul, who will be 95 this year, and his wife of 71 years, Andrea, live in California.