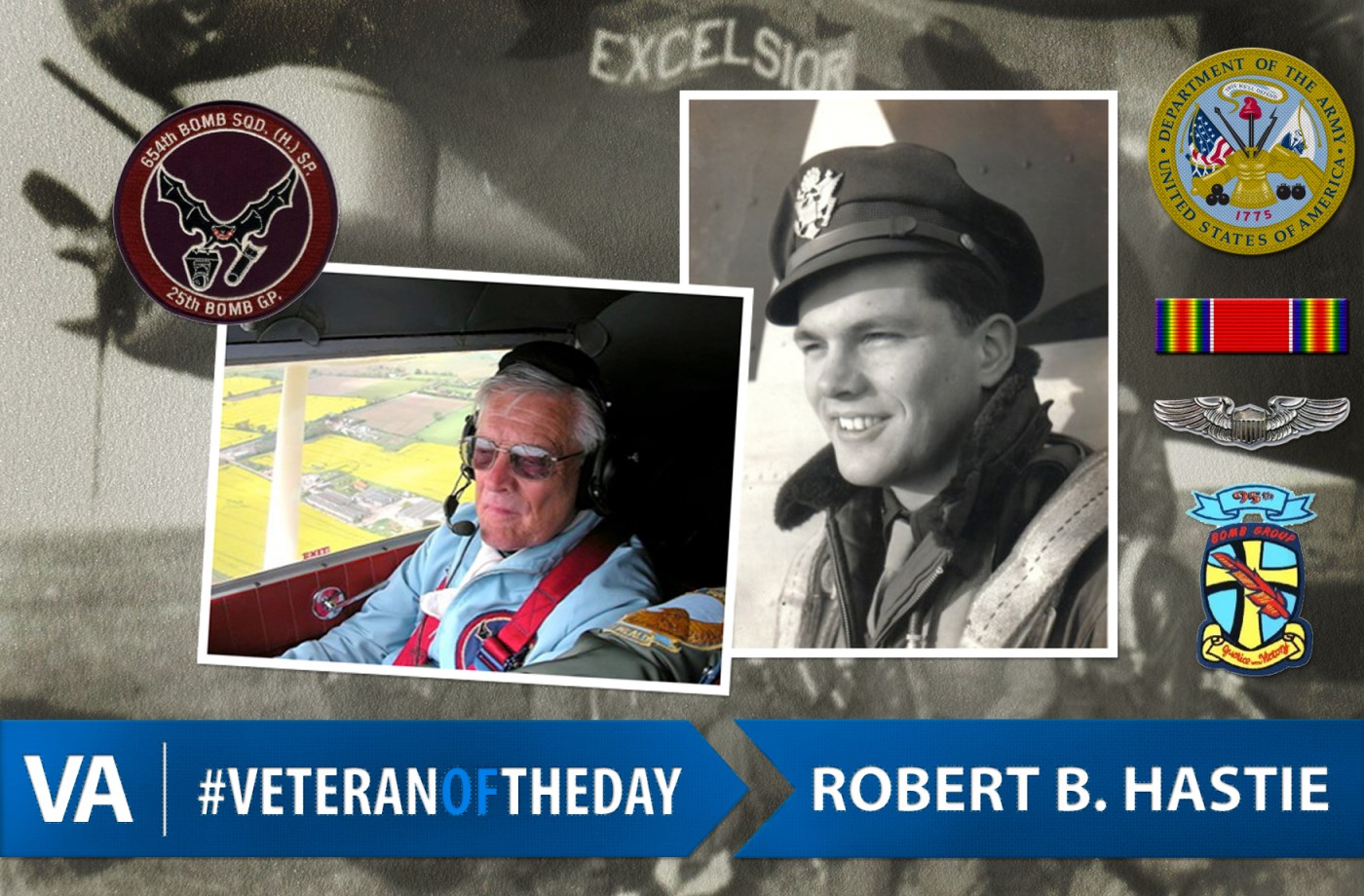 First Lieutenant Robert B. Hastie was born in Lead, South Dakota Apr. 24, 1924 and moved to Kenosha, Wisconsin, where he graduated from high school and enlisted in the U.S. Army Air Forces as an aviation cadet. During WWII, he served as a B-17 pilot in the 95th Bomb Group 334th Squadron flying 35 missions over occupied Europe. He then transitioned into Mosquitos and flew reconnaissance with the 25th Bomb Group 654th Squadron.

After service in WWII, Hastie went to Northwestern University on the GI Bill and graduated with a degree in engineering and was in the Pi Tau Sigma International Mechanical Engineering Honor Society. He married the former Bette Lu Haake, also of Kenosha Wisconsin who was a registered nurse during the war. They moved to Dallas, Texas where he worked as a pipeline engineer for Atlantic Pipeline Co.

In 1955 he flew to London with his wife and two children on a Stratocruiser to help rebuild Europe with the Joint Construction Agency. They returned to Texas where they had a third child. He continued in pipeline engineering with the Atlantic Pipeline compant as it merged and combined eventually becoming ARCO. His proudest work and most technically challenging position was designing and becoming Project Manager for the Trans Alaska Pipeline. He made many trips to Alaska to prepare and build the pipeline and insure it was operational, and became a Vice President of ARCO Transportation in Los Angles CA area, where he retired in 1985 and still resides.

In retirement, he flew light aircraft with friends on trips around the country and went sailing in Southern California and charters around the world.

Robert went to Horham, England, in 2005 to take one last flight over the home of the 95th BG(H) during the European Air Offensive of WWII. Friends in Horham provided flights for the air crews, including letting Robert take the controls of the aircraft for the symbolic flight.