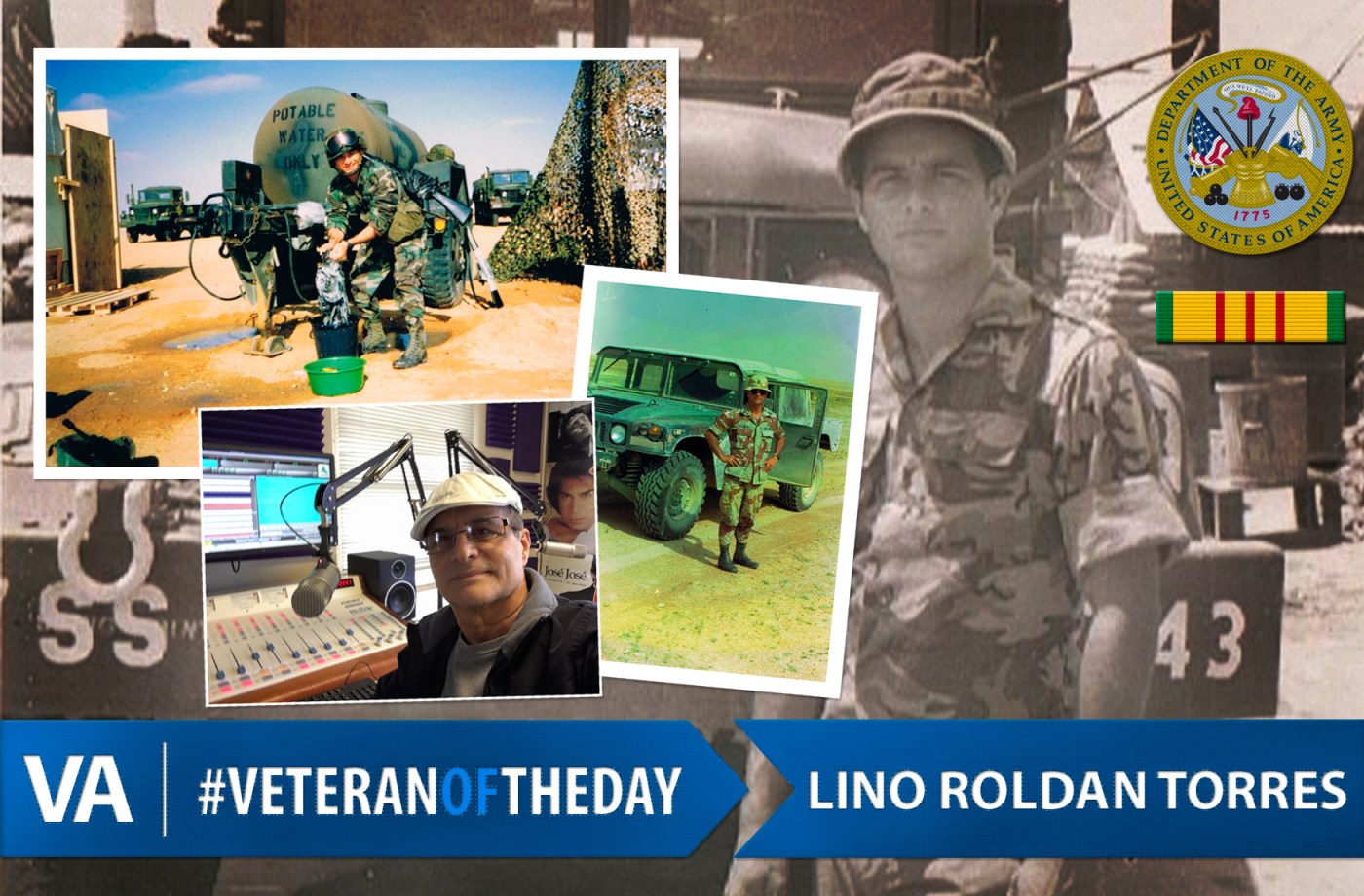 Today’s #VeteranOfTheDay is Lino Roldan Torres. Lino joined the Army in 1969 and served in Vietnam and Desert Storm. He was a forward maintenance operator, welder and on the recovery team with the 548th Maintenance Company in Tay Ninh, Vietnam. Later, he worked in chemical defense with the VII Corps in Desert Storm. He served in the infantry in Italy with the 509th Infantry Regiment in Vicenza and the HHC 8th Support Group in Camp Darby. He became a senior instructor in chemical, nuclear and biological defense in Fort Sill, Oklahoma until his retirement in 1995.

After his 20 years of service with the Army, Lino still serves as a volunteer for several Veteran service organizations, including the Veterans Service Center, Vietnam Veterans of America and Veteranos Samaritanos. He hosts his own radio show called Brisa Tropical (Tropical Breeze) where he provides VA and military updates and news to Veterans. He is happy when he is in front of the mic, and says that “helping others is my therapy.”

Thank you for your service, Lino!