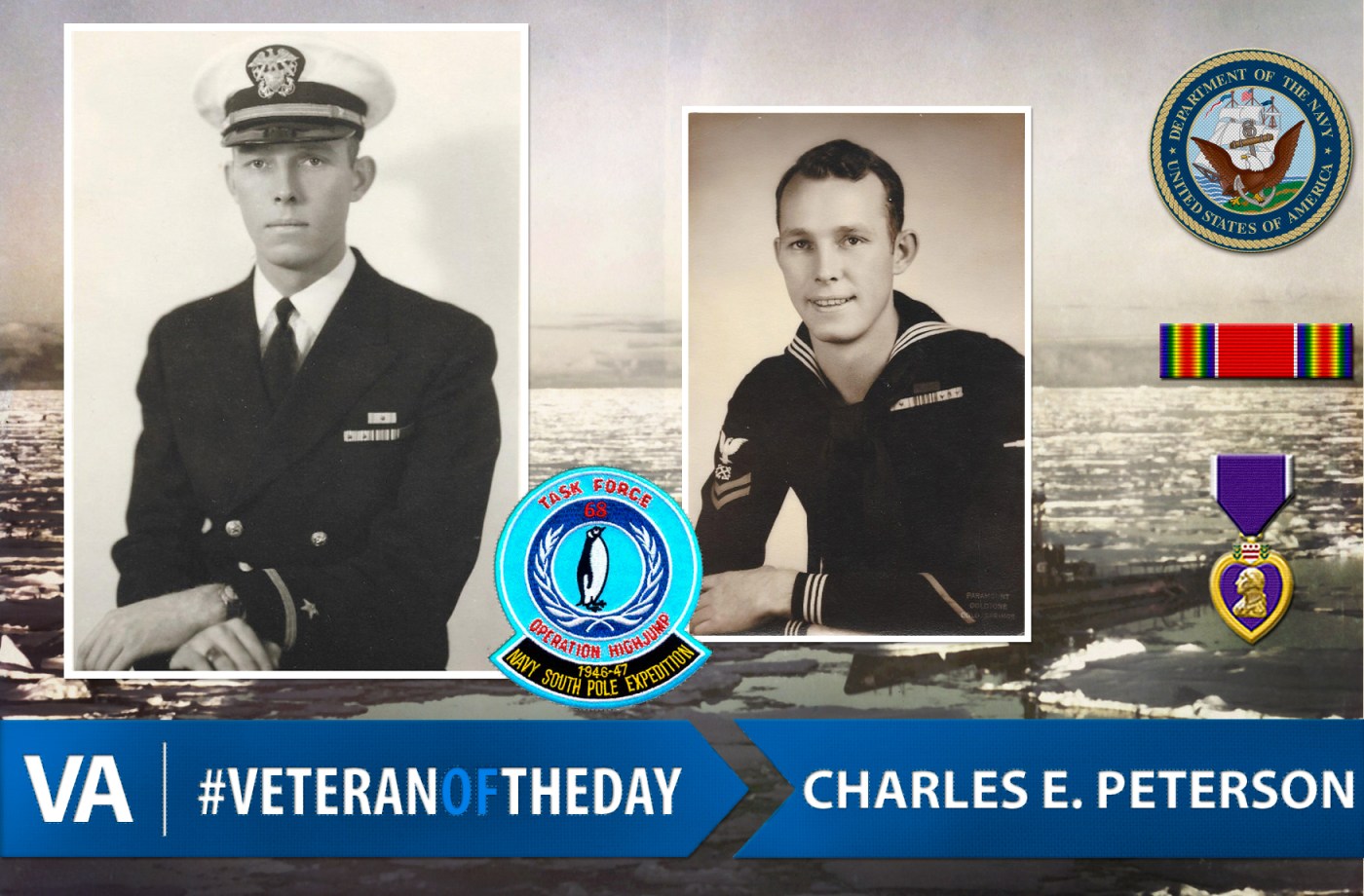 Today’s #VeteranOfTheDay is Charles E. Peterson. Charles served in the U.S. Navy during World War II from 1940 – 1947. He was wounded in the Battle of the Coral Sea, one major naval battles in the Pacific Theater of World War II between the Imperial Japanese Navy and naval and air forces from the United States and Australia.

After the war he was sent on the Antarctic expedition Operation Highjump, led by Rear Admiral Richard E. Byrd, Jr. with a primary mission was to establish the Antarctic research base Little America IV.

Charles passed away in 1990. We honor his service.