Home / Mental Health / When a victim becomes a victor

When a victim becomes a victor 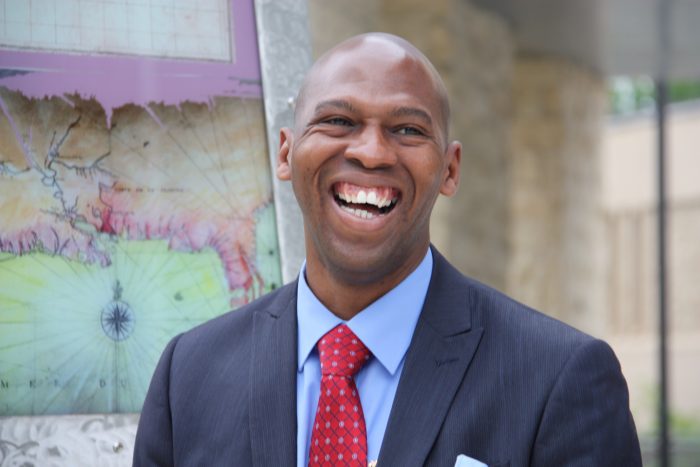 Seaman Timothy Jones was out at a club in Iwakuni, Japan, when he received an eerie phone call. “I’m watching you,” the voice said. This is a phone call he had gotten several times before.

Jones was spooked, so he returned to his barracks and fell asleep. When he awoke, there was a 6-foot-5-inch Marine on top of him. Scared and unsure how to defend himself, Jones went along with what was happening.

Timothy Jones was stalked and raped by a fellow Servicemember.

The following day, he was encouraged by a friend to report what happened. He was hesitant. It was 1999, and “don’t ask, don’t tell” was in full effect. He was worried about his career and the implications that reporting would have on it.

But Jones found the courage to report. The man that assaulted him was eventually identified, and charged, with sexually assaulting Jones and four other Marines. The assailant’s penalty was six months in the brig and a dishonorable discharge.

Jones knows he did the right thing when he reported the crime committed against him, but he suffered a year of hazing and harassment from others around him. His peers would ridicule him and claim he must have been asking for it if it happened. When he was promoted, some refused to address him by his new rank. He went through counseling, avoided his peers and finally discharged from the Navy.

“I was told to go to the VA, but I didn’t trust that system,” said Jones.

Jones survived three suicide attempts during his 10-year stretch of personal despair. His road to recovery finally started when he was jailed for a felony charge.

While in jail, Jones was introduced to a VA representative. VA sends specialists into the justice system to provide direct outreach, assessment and case management for Veterans in local courts and jails where they serve as a liaison with local justice system partners. Jones’ meeting was set for 45 minutes, but he opened up to his outreach worker for nearly four hours. He told her his story explaining everything he had been through. That’s when Jones was first told that he may be dealing with PTSD.

For the first time since his incident, he trusted someone.

When he was released from jail, Jones’ family decided to no longer support him in the effort to empower his own recovery. Left homeless, he enrolled in a Grant and Per Diem Program sponsored by the VA. The program gave him two years to get back on his feet.

“The VA does their part. I have to do mine. They give me the tools. I apply it.”

Jones then turned to the VA for mental health treatment. He has been receiving treatment at the Joint Ambulatory Care Clinic in Pensacola since 2011. For the first six months, he avoided talking about what happened to him. His doctor just let him talk about what he was comfortable with. That’s when the Navy Veteran began to realize the VA was enabling him to take control of his own recovery. “The VA does their part. I have to do mine. They give me the tools. I apply it.”

Jones now uses his story as a way to reach other Veterans and survivors. Even though he says he still has nightmares, “Going to the VA now, I have a feeling of hope,” said Jones. “I have a sense of healing. I feel there’s an actionable step I have to take.”

It took Timothy Jones over a decade to get back his life, but with personal motivation, assistance from VA and a strong support system, he stood on his story and made it a platform for his recovery.