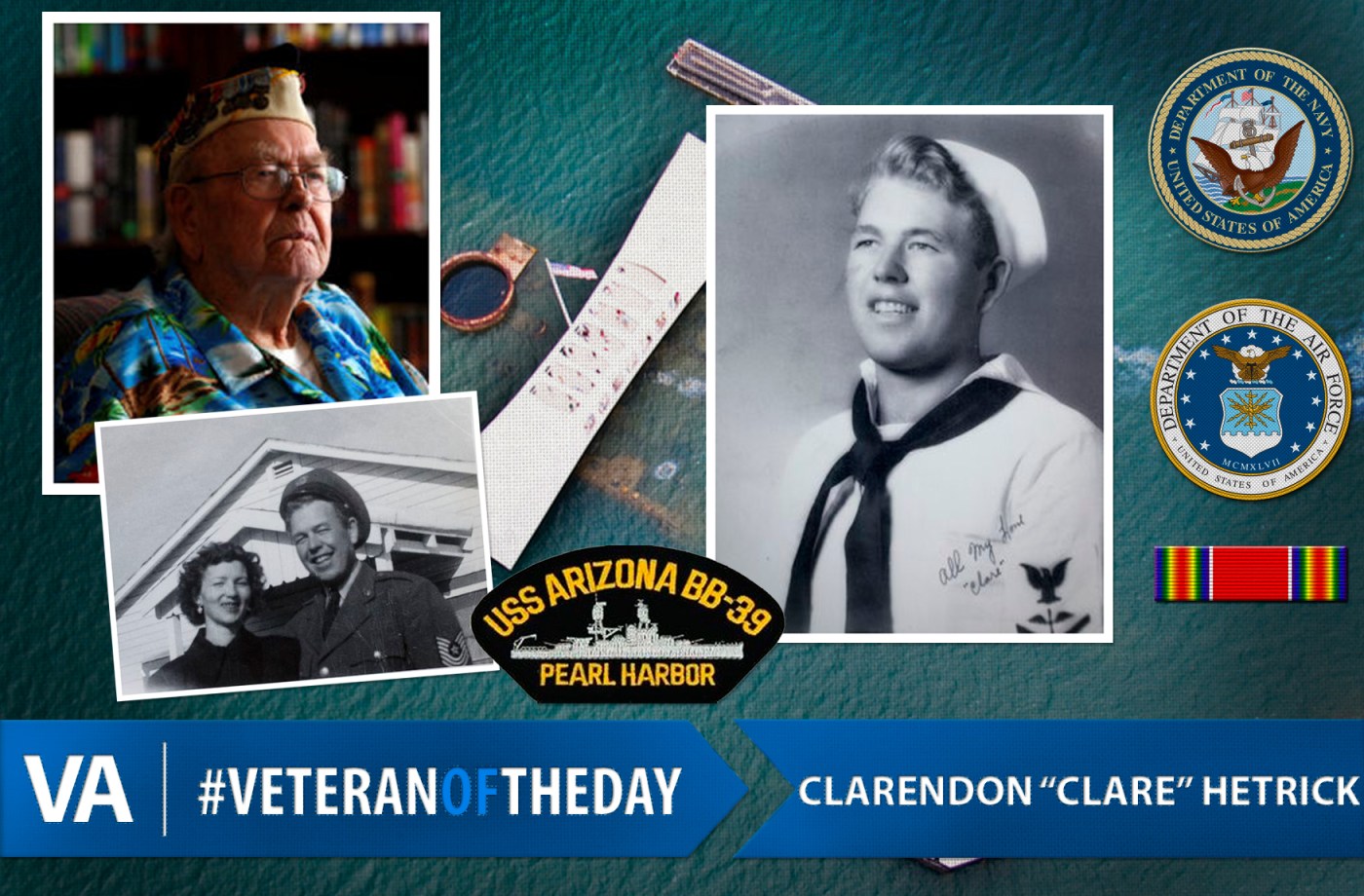 Today’s #VeteranOfTheDay is Clarendon “Clare” Hetrick. Clare was only 17 years old when he got his parent’s permission to join the Navy. He was a seaman mess cook and served on the battleship USS Arizona.

On the morning of Dec. 7, 1941, Clare was in the latrine, about half-shaved, when the Japanese attached Pearl Harbor. He headed for his battle station below deck, wearing only his skivvies, where he had been trained to help move ammunition for the big guns. As the ship began to fill with smoke, the men were ordered to leave. He survived by plunging into the briny water and dog-paddling to Ford Island even though he had flunked the Navy’s swim test.

As the U.S. went to war, Hetrick was assigned to the USS Lexington, an aircraft carrier. He would later join the USS Saratoga as a torpedo plane mechanic and fight in the battles for Midway, Wake Island, Guadalcanal and Iwo Jima, where he was injured. After his Navy career, he spent 10 years in the Air Force and was a crew chief on a B-26 bomber.

Clare passed away on April 18, just one month shy of his 93rd birthday. He will return to Pearl Harbor in December, when he will be interred in the sunken Arizona.

Fair winds and following seas, Clare. We honor your service.