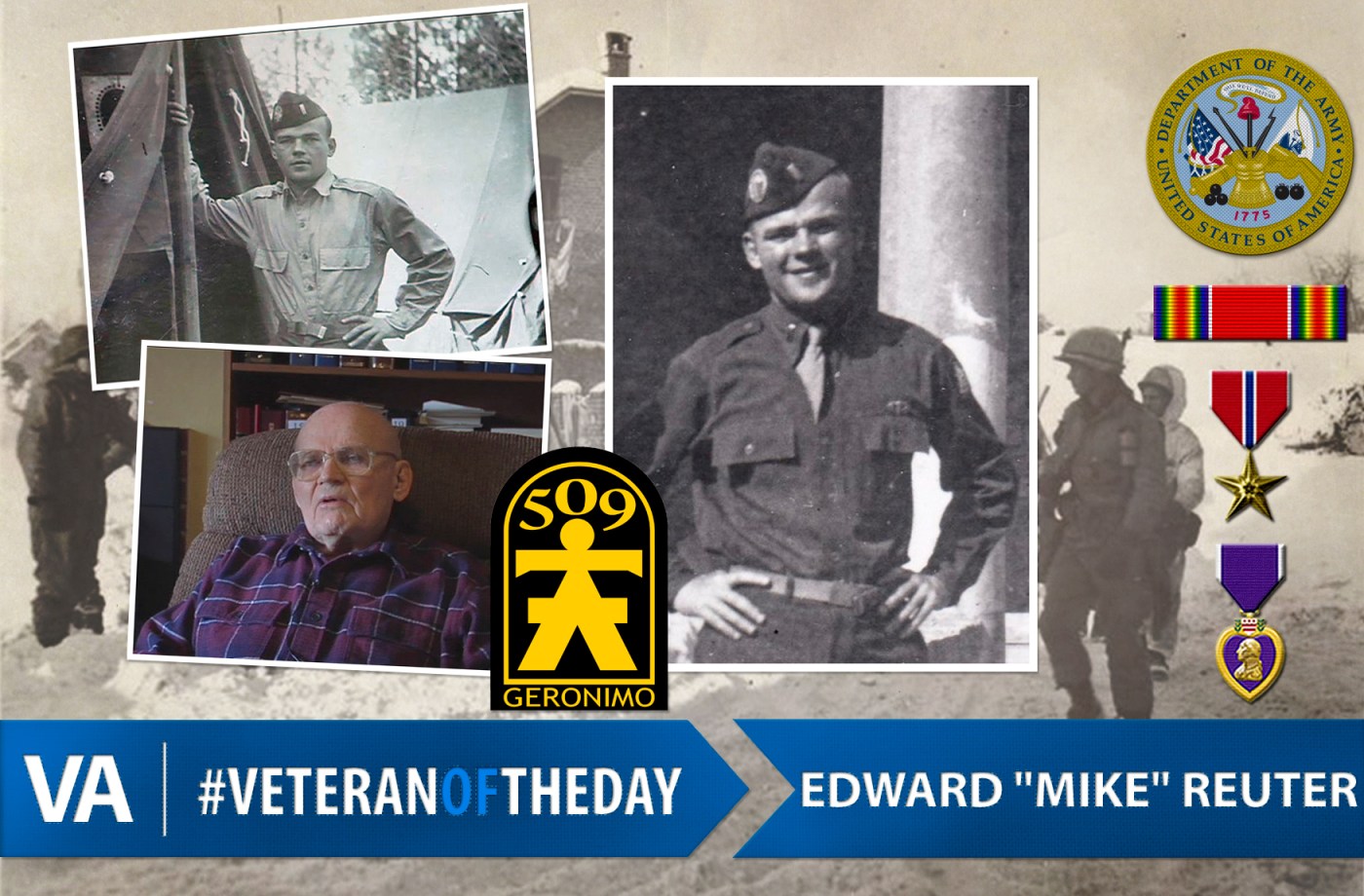 Today’s #VeteranOfTheDay is Edward “Mike” Reuter of the 509th Parachute Infantry, B Company, 3rd Platoon. During WWII, Mike was a 2nd Lt. fighting in North Africa, Italy and France.  He was wounded in a battle at Anzio, Italy, in February 1944. He fought in the Battle of the Bulge and received several bronze stars as well as the Purple Heart.

After WWII, Mike served two years of duty in Korea, then retired as a Lt. Col. and returned to college using the G.I. Bill to earn his Doctorate degree in physical education. He taught at the University of Washington and the University of Oregon, where he was the head coach of the wrestling team for more than a decade.  Two years ago, Mike he was awarded the French Legion of Merrit by the French consulate in Eugene, Oregon.